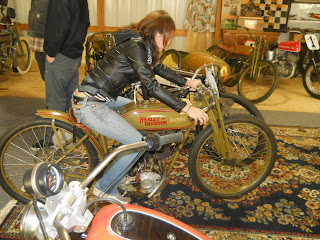 My sister Lindsey, Brittney and I went to Milwaukee to hang out with some friends and talk about old motorcycles. We stopped by our friend Mike's place to look at different old board track bikes. Brittney sat on a bunch of them to get a feel for what frame configuration she likes the most. 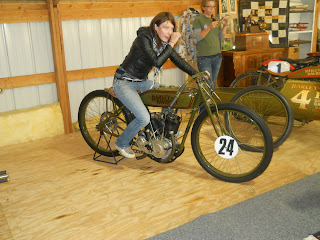 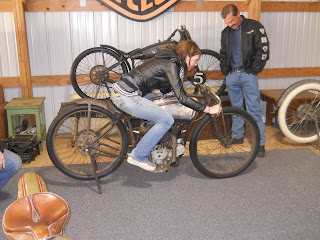 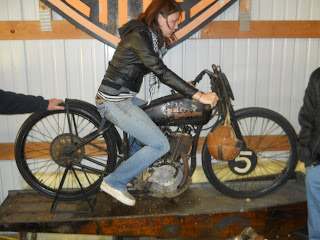 This is Dewey Sims bike, Matt walksler's frame is just like this one. Mike went over 104 mph on this bike which is so damn cool 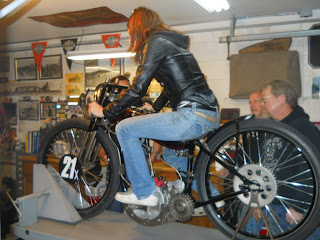 This is the bike Mike has been racing lately, it is the most beautiful bike I have ever seen. 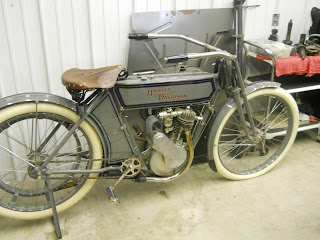 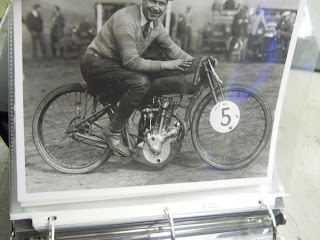 This is a crazy single cylinder cyclone in a hd frame with a merkel fork. Guys back then mixed and matched whatever parts they could get their hands on in order to go racing. 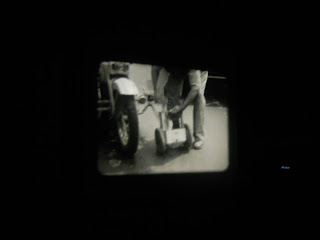 After Mikes, we went over to John's house to check out old 16 mm film that his great grandfather Walter Davidson shot back in the twenties through 41. It was an amazing experience. 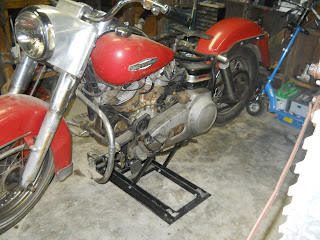 This is John's 69 flh. It was his dad's favorite bike. He was riding it with the sidecar on it and the sidecar came loose and he crashed the bike. During the crash, the footboard and mount snapped off of the primary among other things. we pulled the primary off and I will weld the bracket back on for him.