Matt and Brittney rough recap of a year of marriage 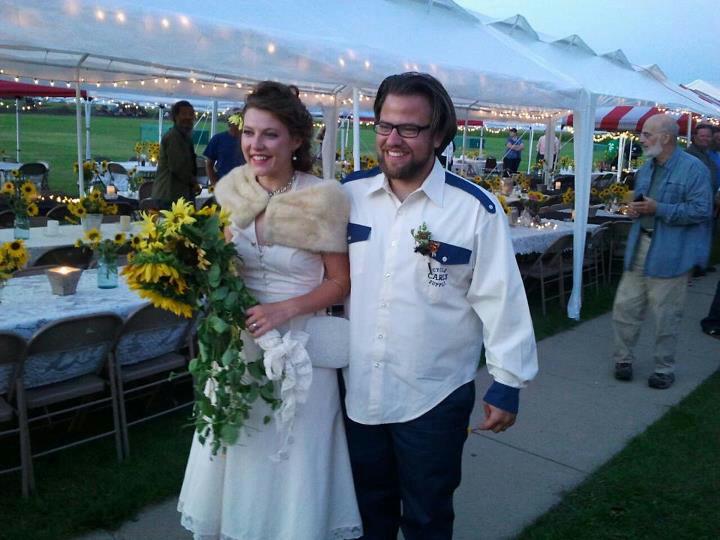 Wow it is really hard to believe that a year has already gone by since Brittney and I got married.  It has been a very busy year since our special Day.  Last night we hung out and had dinner and looked at a bunch of old pics from the last year.  Here are some of my favorite  pics from the last 12 months 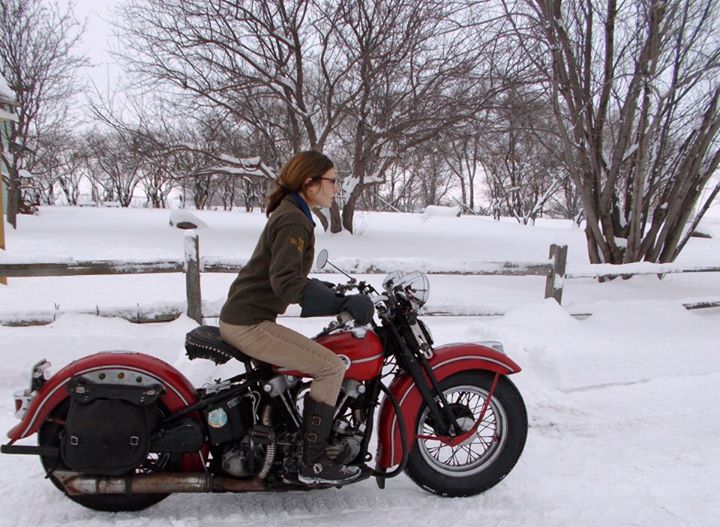 Brittney shot some photos for our friend Taxi in Japan.  He is reproducing tires for thirties and forties bikes.   I used a set on my trip out to the hills and they worked well. 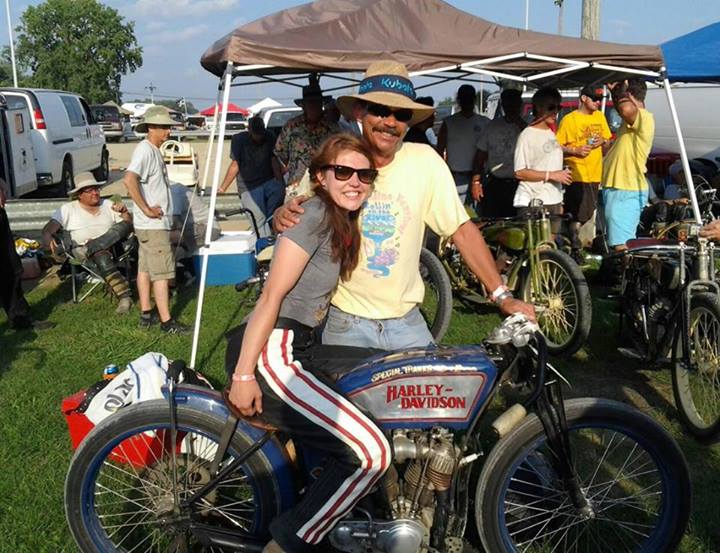 Brittney wanted a board track bike since she was very young.  when I asked her to marry me, I gave her a motor instead of a ring.  This is the bike we built around it.   She had her first race in wauseon and did good.   She passed a few guys, finished the race and didnt run over the guy who crashed his jd.   shes racing again in Davenport and then going to the 110th. 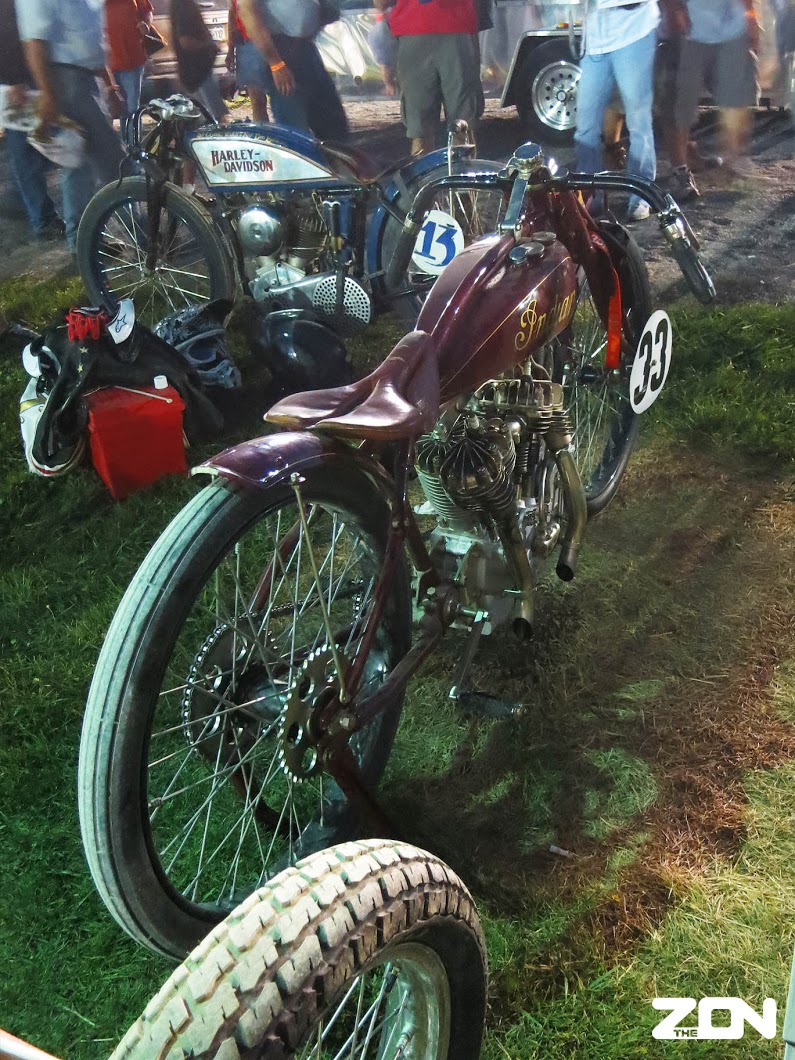 I borrowed a couple of cool pics from Brad over at zen of neato.  This is a cool pic of britts bike and Jim Wall's indian.  He helped us out a bunch with setting the bike up and teaching brittney how to race. 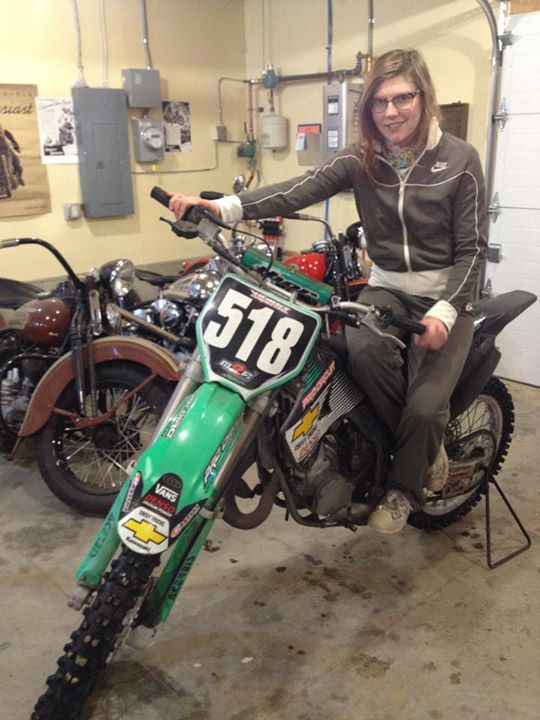 Here is a dirt bike that our friend Lorren sold us so that britt could practice riding in the snow and get used to what it feels like when a bike slides around. 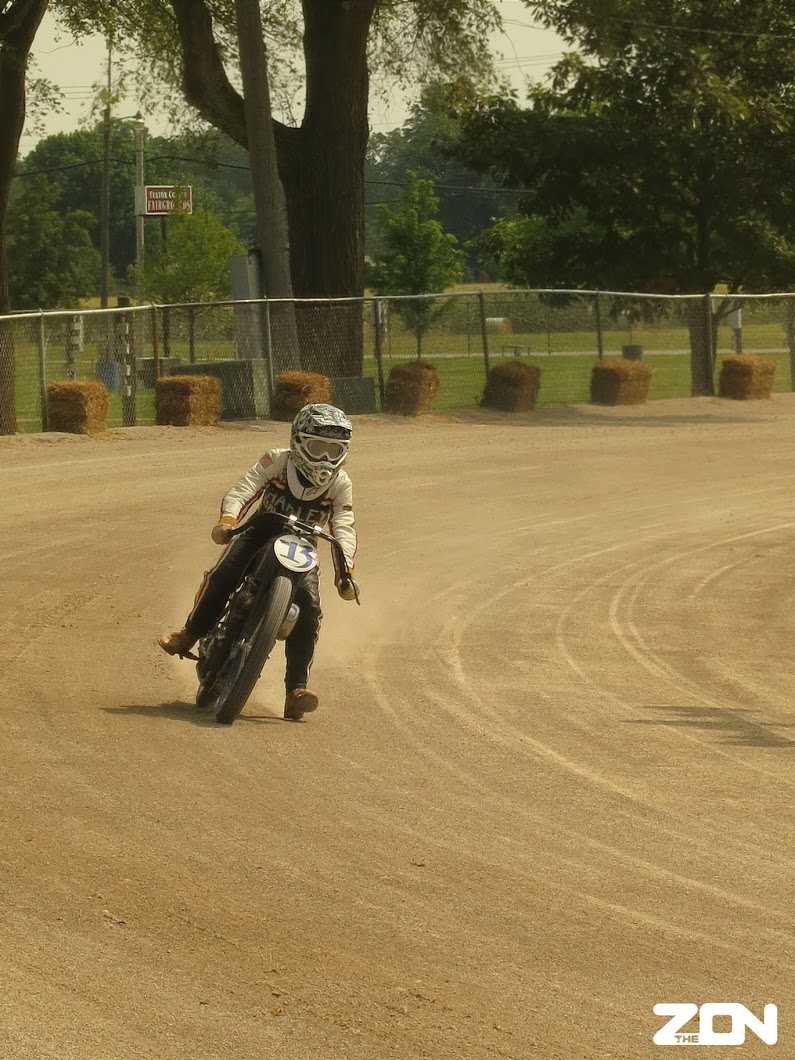 Another great photo that Brad took of Brittney practicing at wauseon. 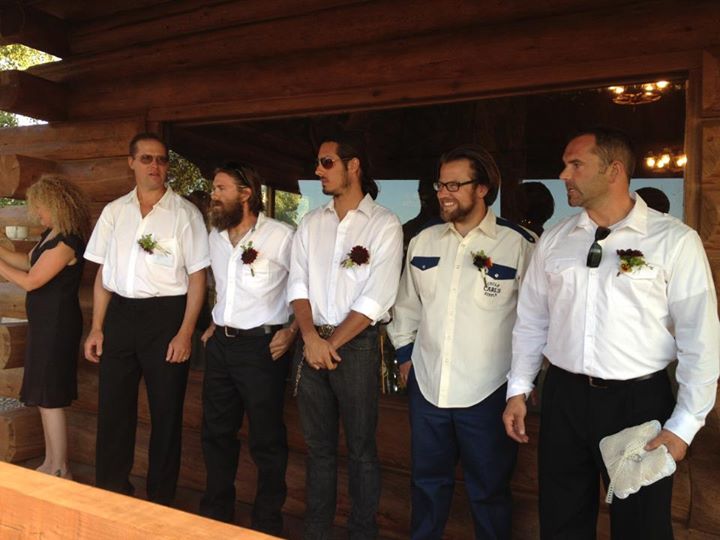 Here are all my groomsmen.  I am so lucky to have so many good friends.   Thanks guys 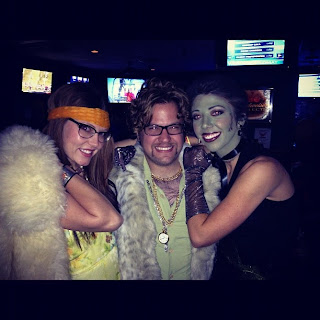 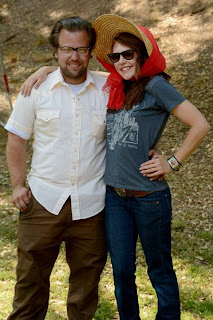 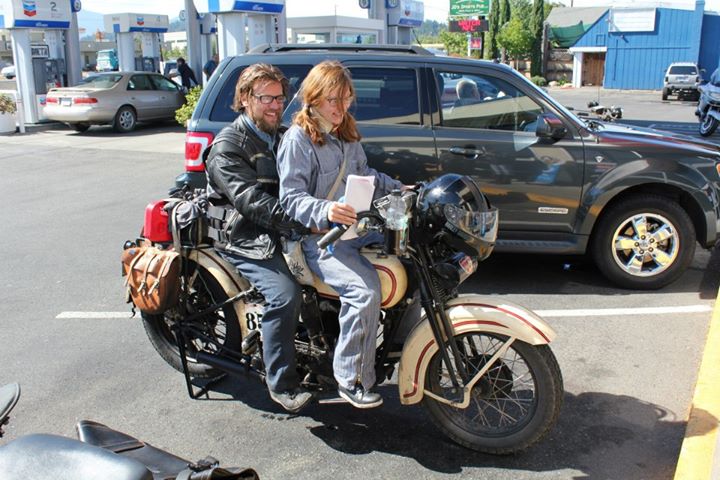 My friend John Parham, asked me to ride one of his bikes in the cannonball,  It was grueling, but a lot of fun.   Brittney came along and helped with the sweep vehicles and chaser trucks.   It was a fun adventure and a unique way to go coast to coast 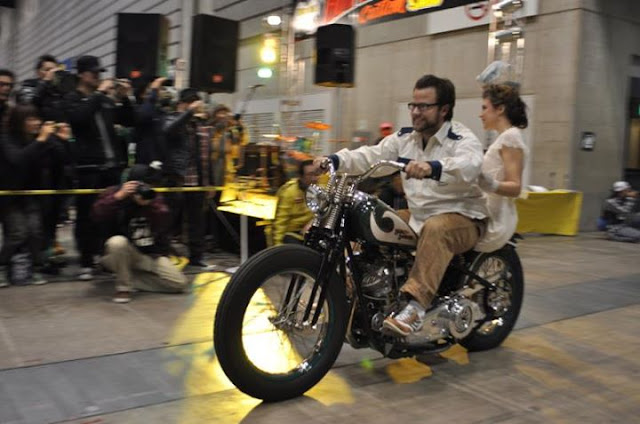 We also got to go to Japan in december.  It was definitely culture shock.   I really love japan and am looking forward to going back again some day 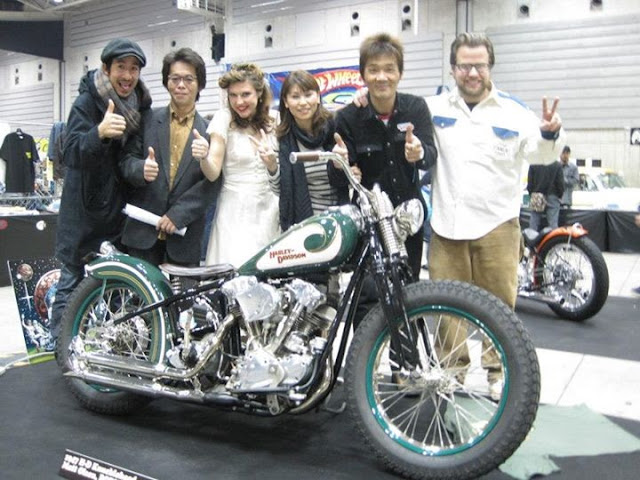 Katsunori, Yoshi, Brittney, Akiko, Ken and me in Yokohoma 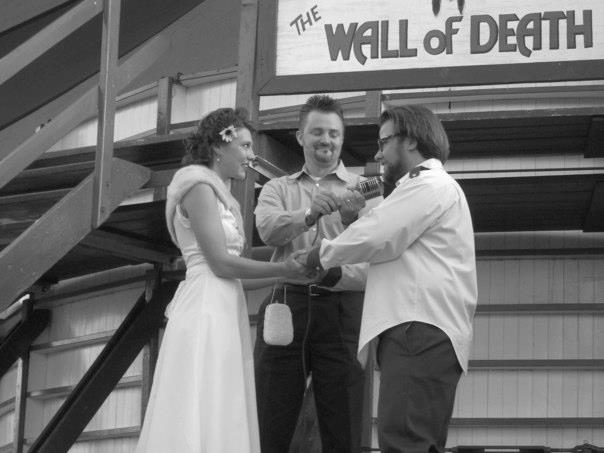 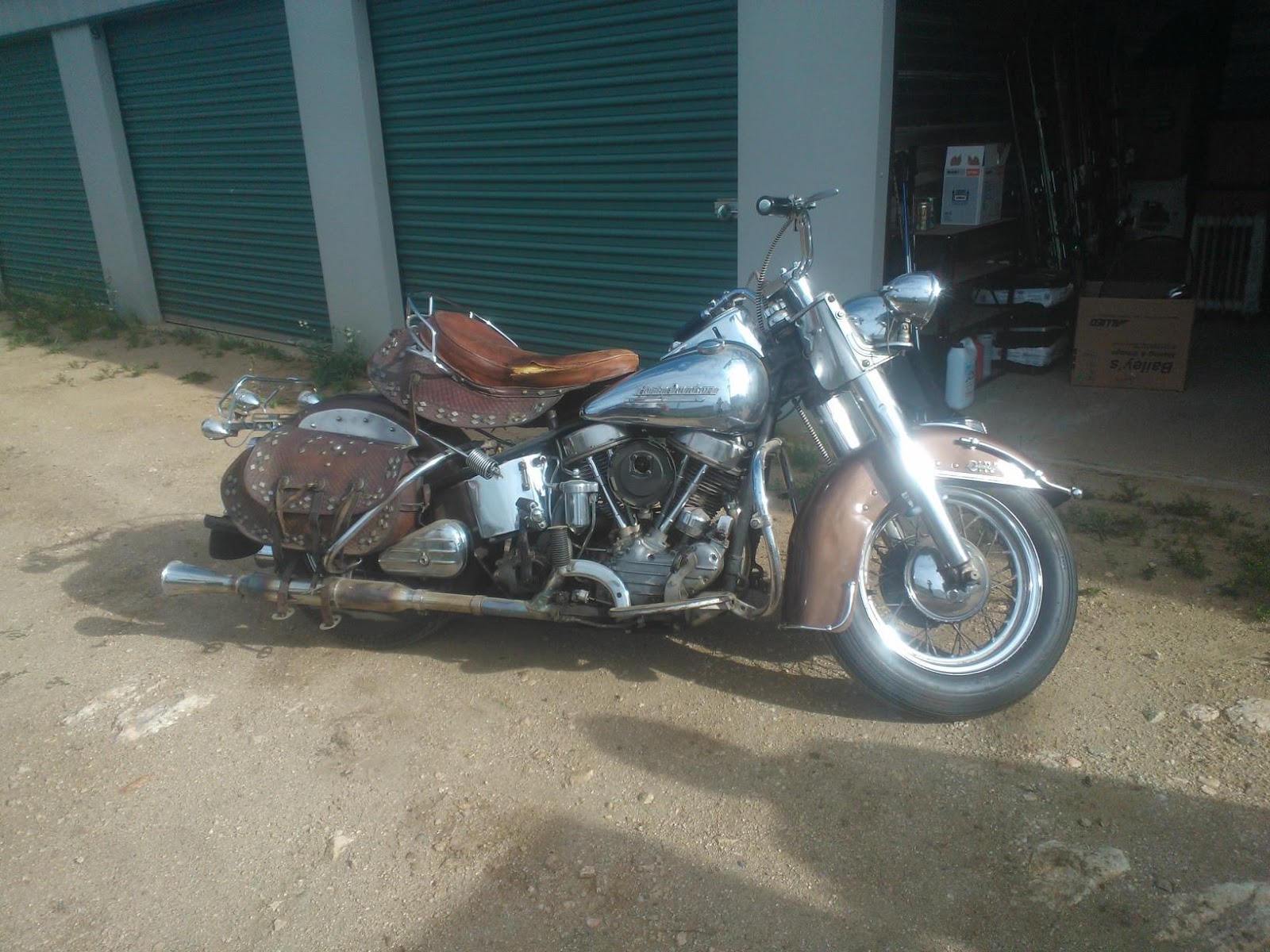 Here is a photo of a 53 panhead that my dad just picked up.   Our friend Jim turned us onto a denver craigslist ad, and my dad made a deal to buy the bike.  he went to denver and is doing the service work on it and will ride the bike home!   It is a really neat score and kind of has my dads style.   We bought it from the third owners family who has owned the bike since 1961.   It was originally  an indiana state police bike.
Posted by Matt Olsen at 8/01/2013 10:23:00 PM No comments: