My dads birthday is in a few days woo hoo 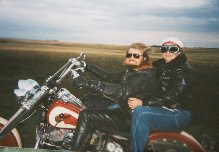 update of all sorts of stuff. 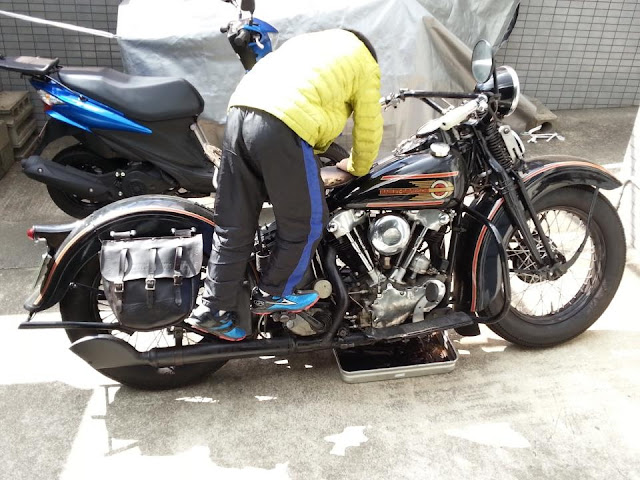 Here is a great photo of my friend Katsunori's son starting his 37 el in Japan.   Katsunoris bike has one of my mufflers on it.  This photo is so cool 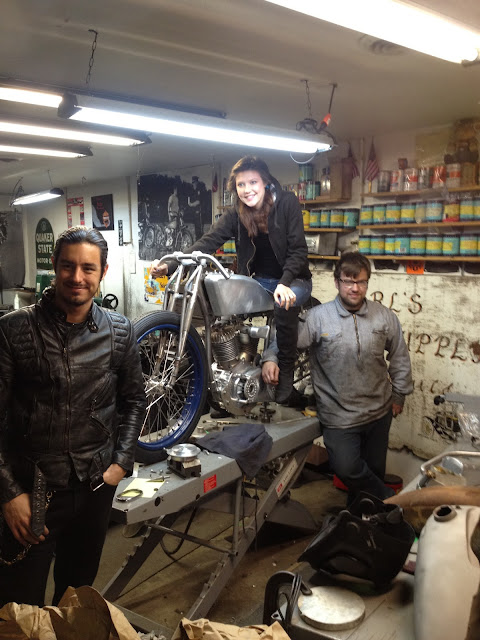 Lock Baker from Eastern Fabrications flew in last week and helped finish up Brittneys race bike.  He made the tanks and helped with a bunch of fab work.  He is such a great friend and he has nice hair. 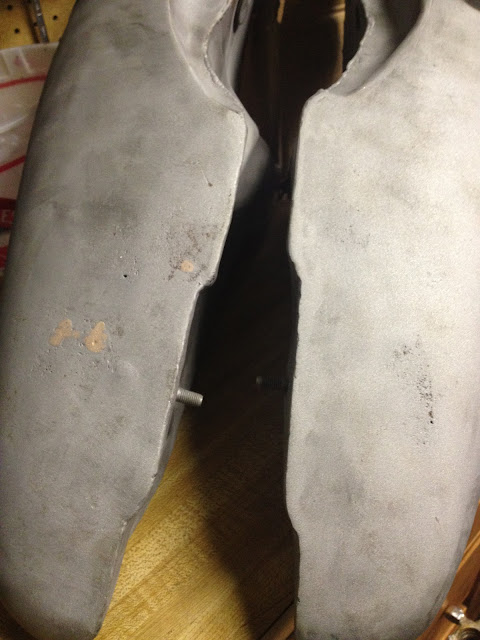 We got Bob's tanks blasted for his 39 project and were kind of dissapointed to find all of these holes in the top.   I would like to find a better set.  Do any of you guys have some?  Thanks. 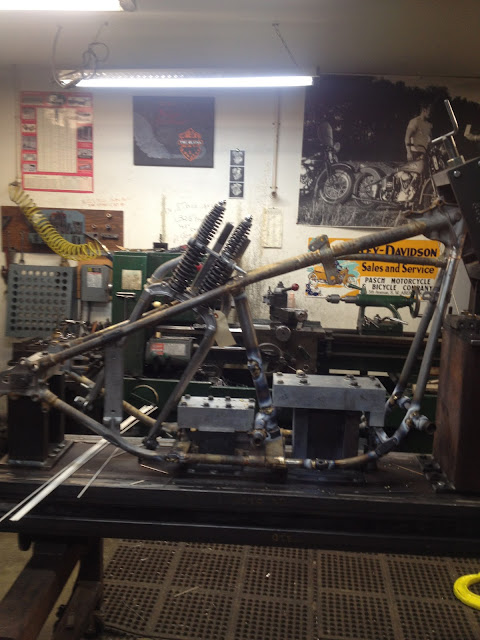 Yesterday was Jesse Law's Last day .  He did a six month apprenticeship with us and helped out on prepping frames  We got a lot of them done and had a good time   HEre is the fourth 36 frame that we did.   The fork is a 36 fork that I put together for Jim's el, which should be a roller sometime soon. 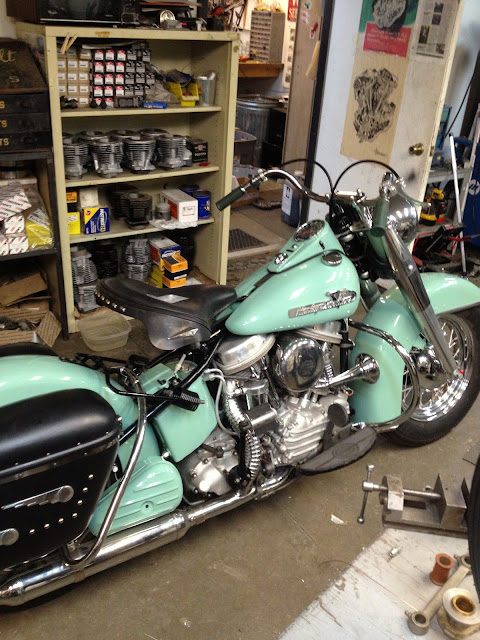 I pretty much have Ed's 55 finished.  I need to start riding it and breaking it in, but it keeps snowing here in Aberdeen.  It snowed a foot this weekend and we are still supposed to get more. 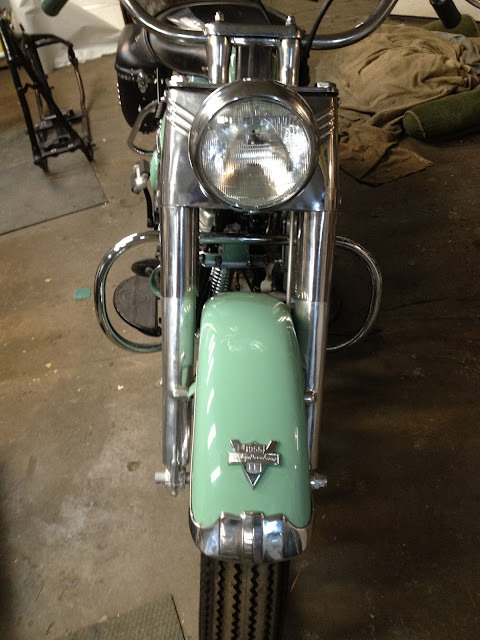 Check out the 55 only fender emblem.  It is so nice. 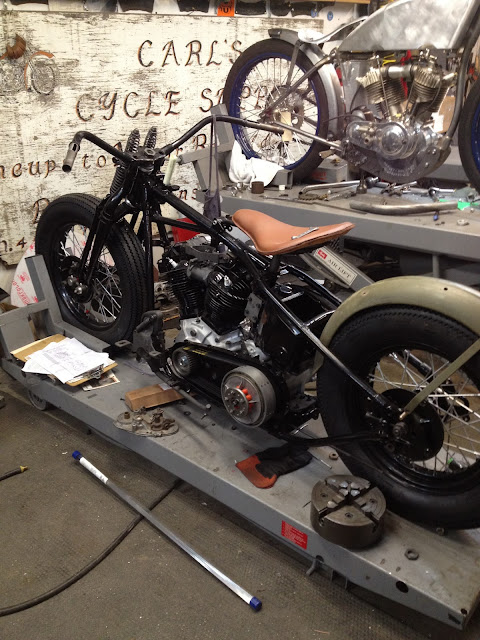 Pete's 46 is just about as far along as we can get it.  I set up the primaries, fit the oil tank and oil lines.   we are having the retubed handlebars and primary cover powderpainted and hopefully will get them back next week 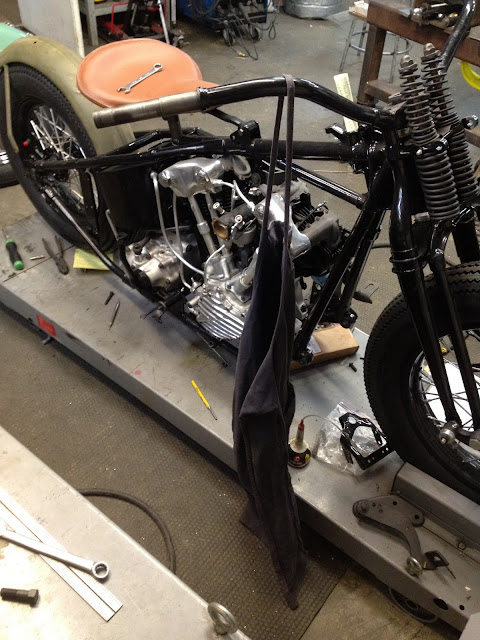 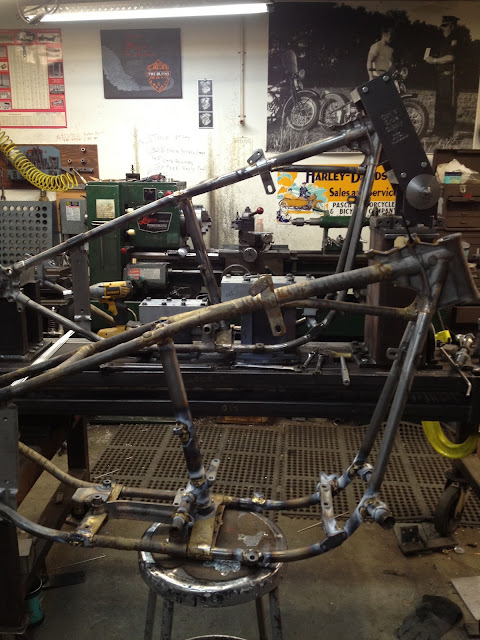 I love these frames, they are so beautiful. 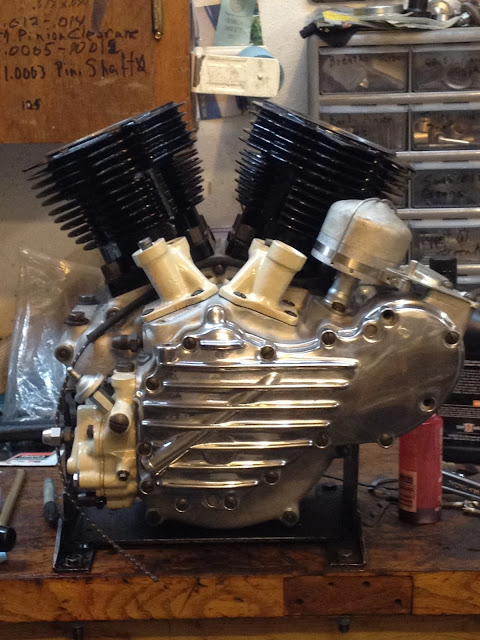 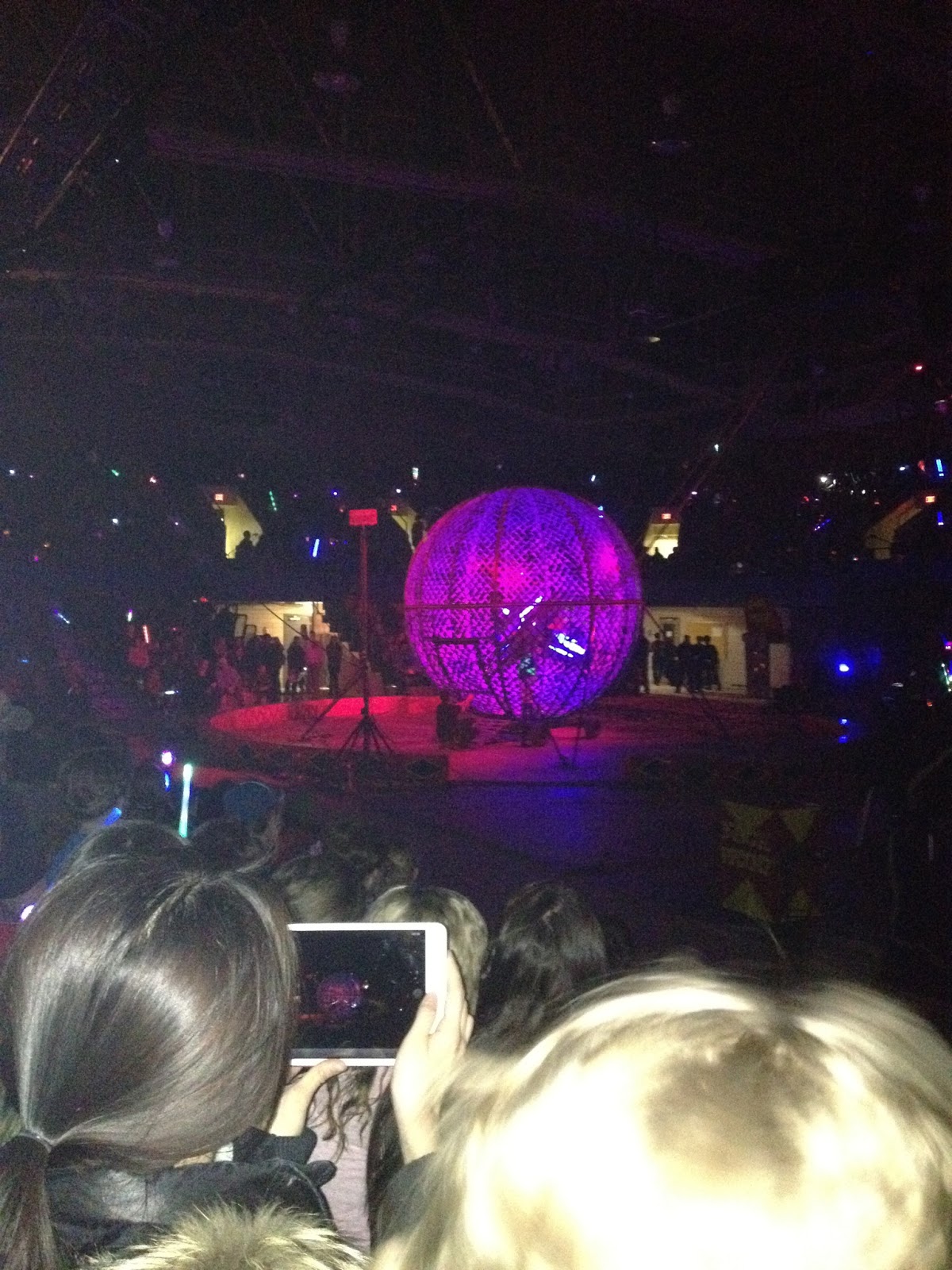 Brittney, Jesse and I went to the circus last week.  This act has been my favorite act since I was a kid.   They started putting lights on the dirt bikes.  This is the only time I have seen lights on a bike and thought it was cool. 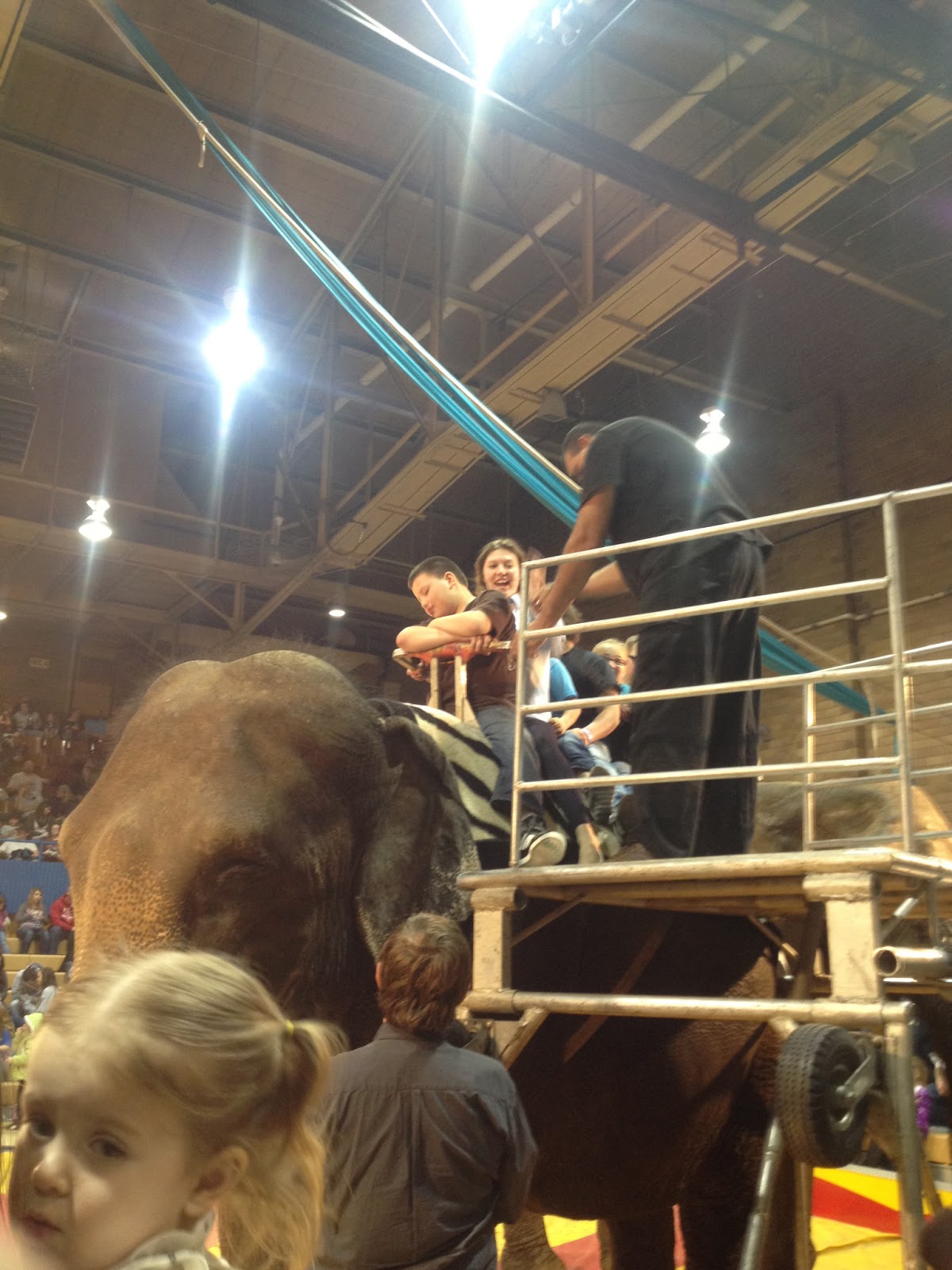 Brittney got to ride an elephant it was pretty cool. 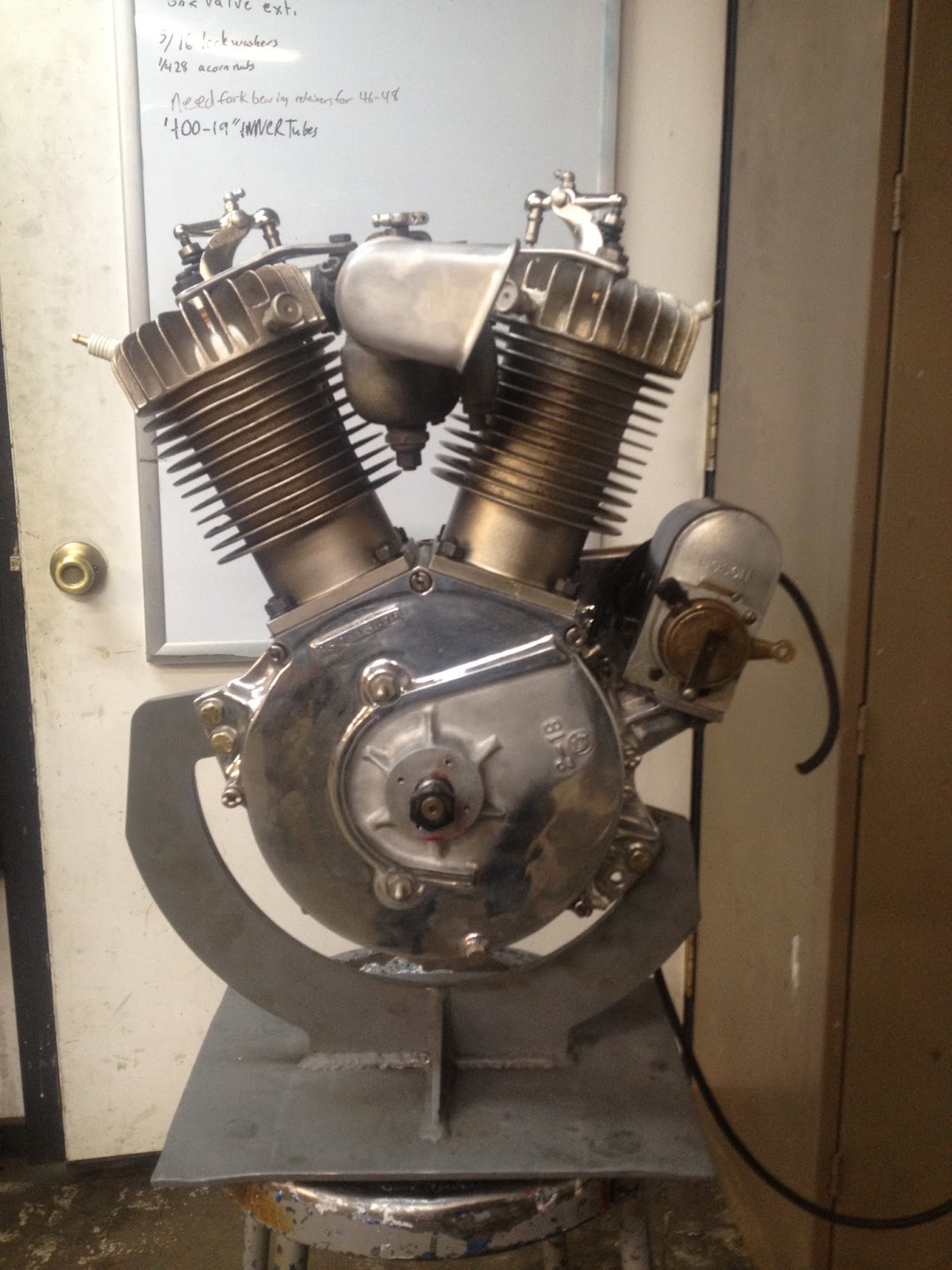 Here is a 23 j motor that we are just about done with. 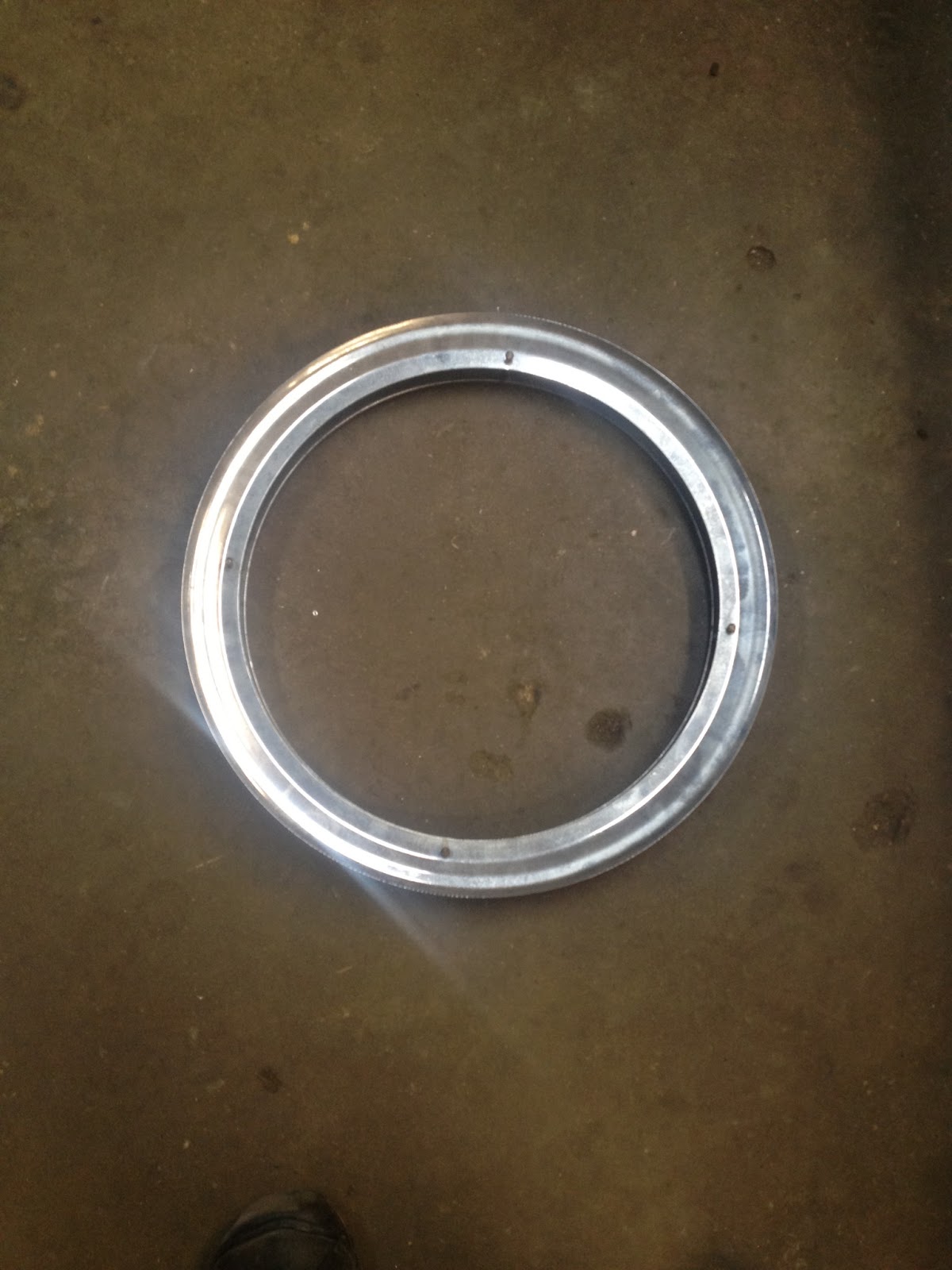 My friends Matt and dale sent me these wheel rings for 19 inch rims.  I am going to make up some copies of them.  I have been looking for a 19 inch sample for over eight years.   If you guys need some let me know,  I will probably only make one batch. 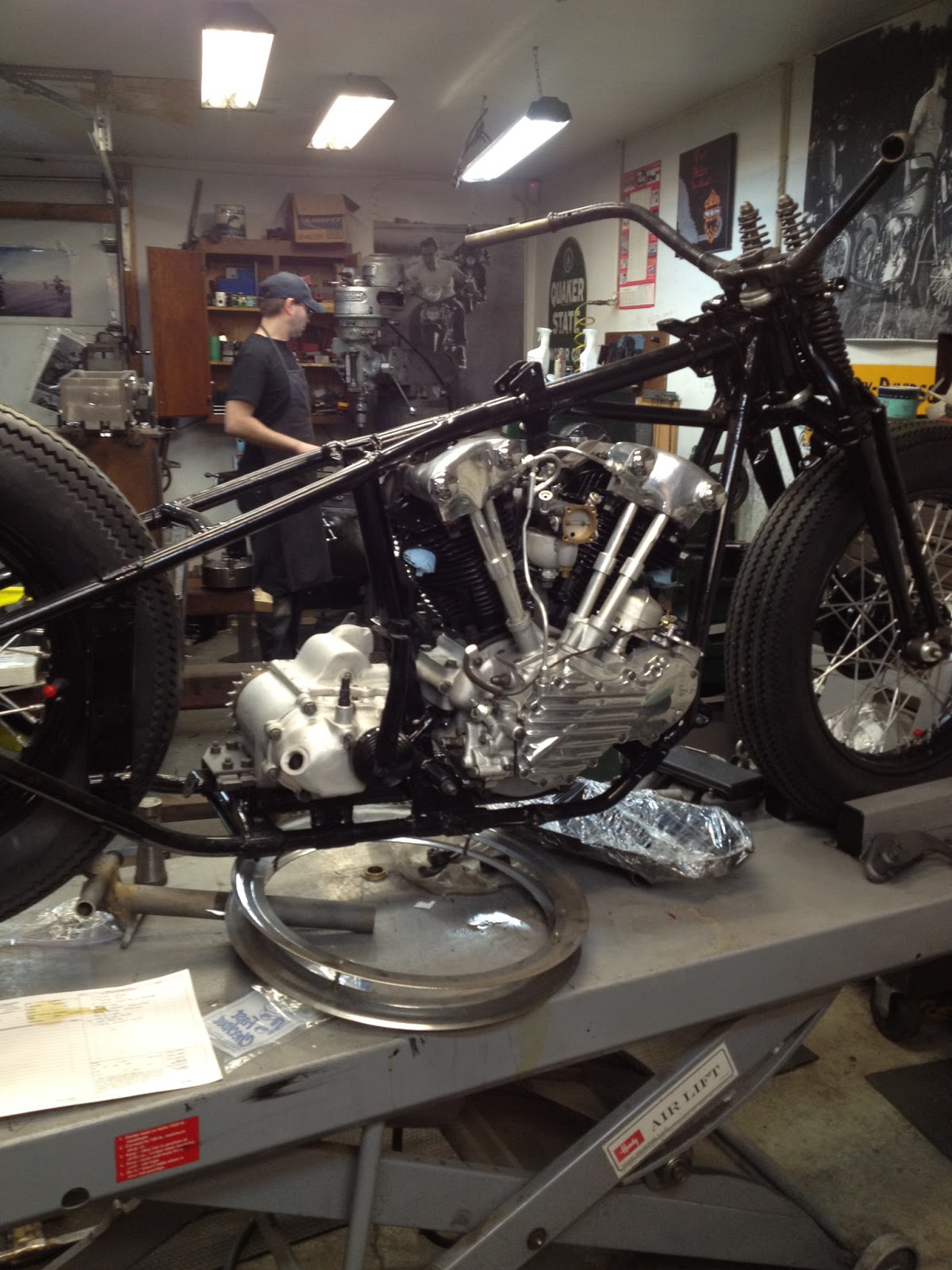 Here is a good photo of petes bike. the one that i posted last week was not that good. 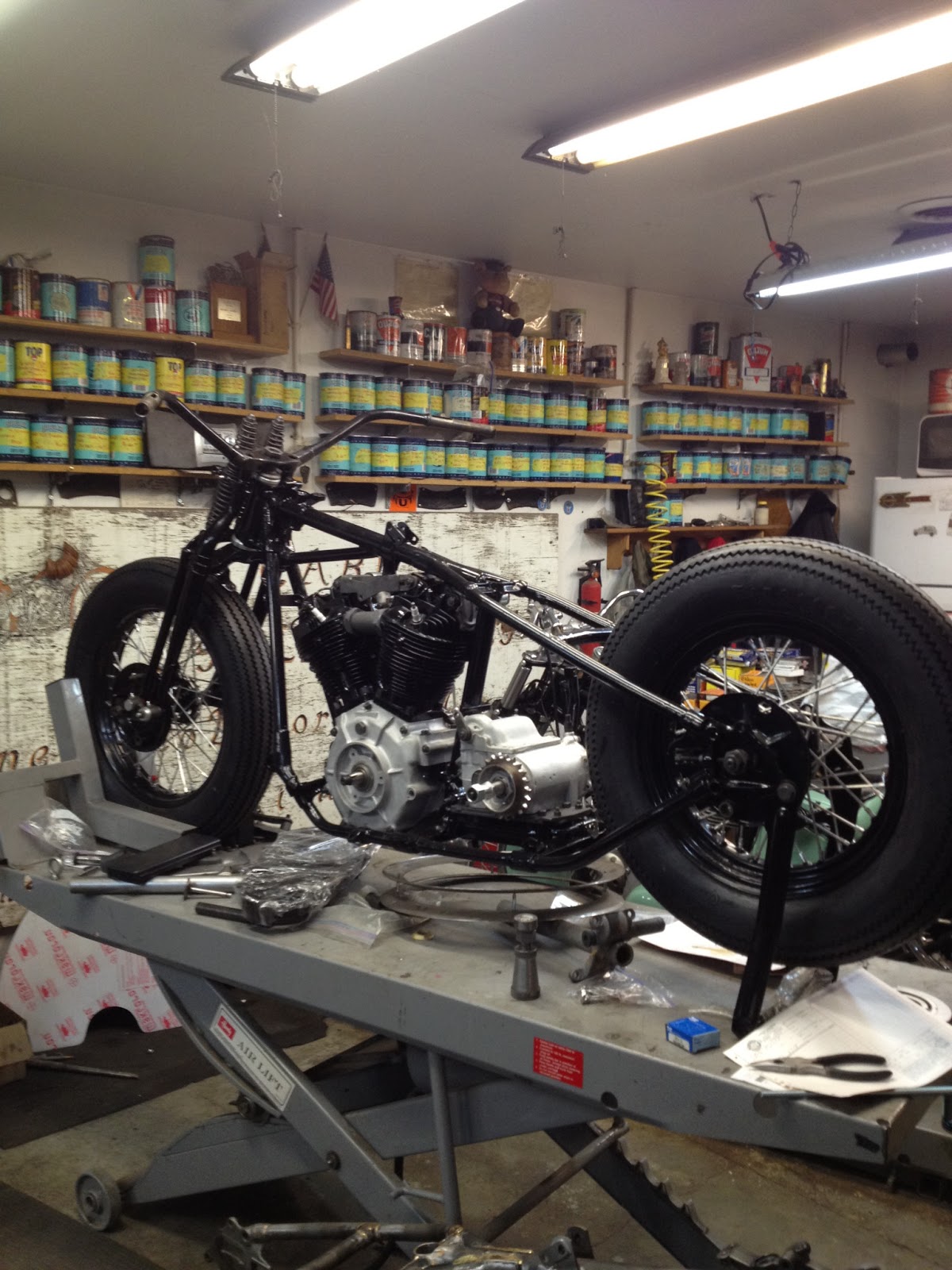 And the left side 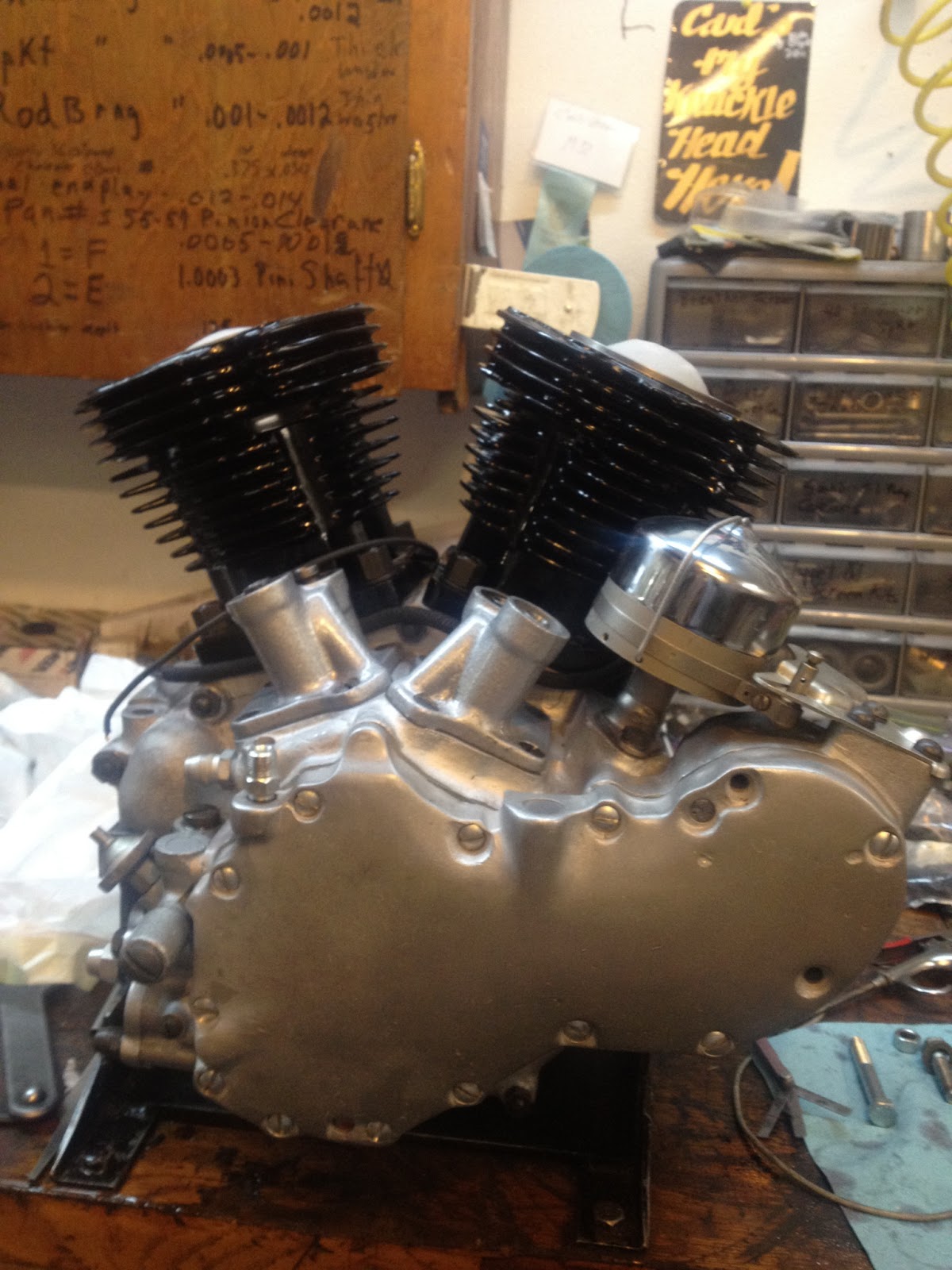 My dad has been jamming out on motors. here is Scott's 38.  Its so nice. 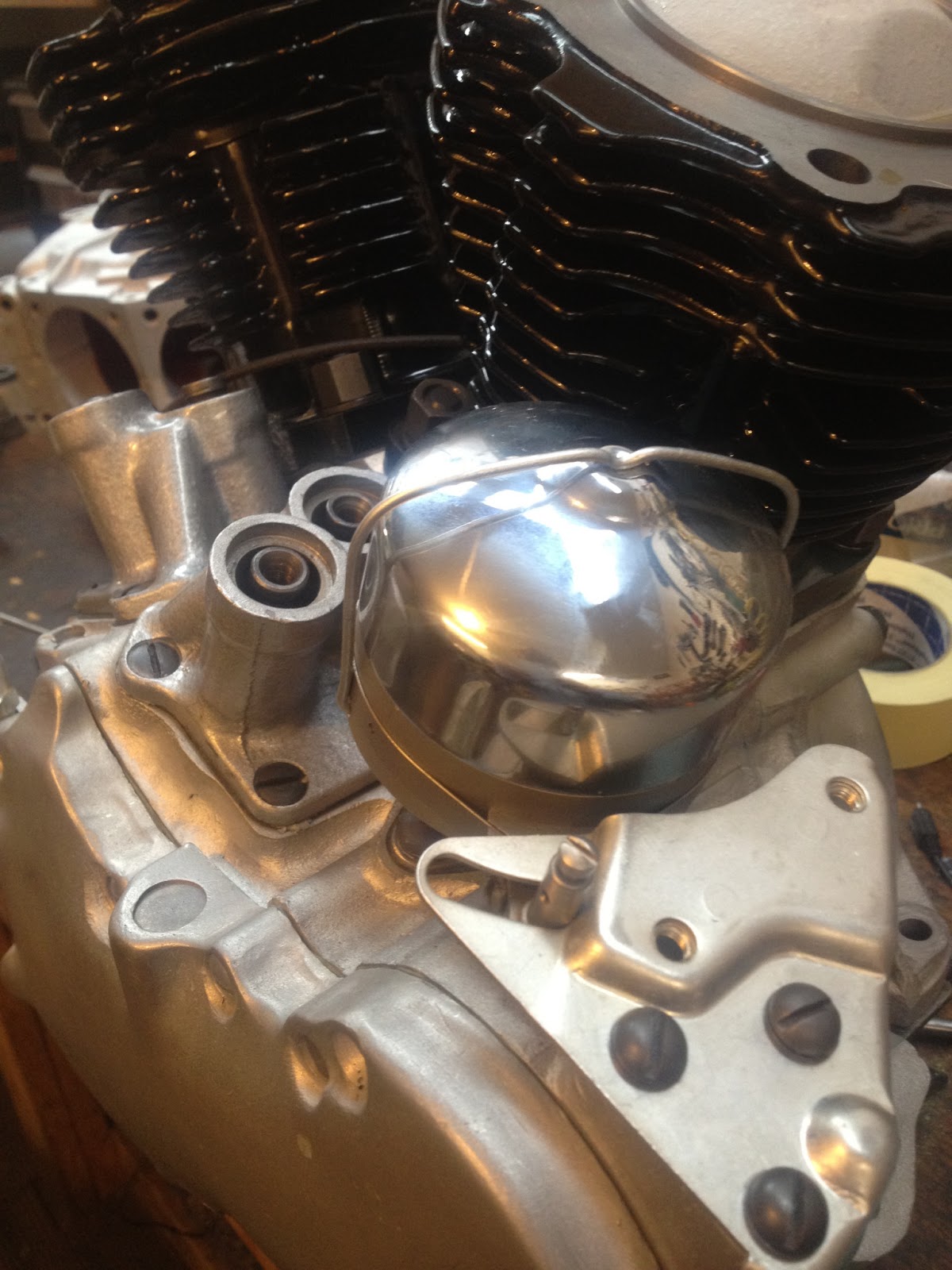 ccheck out the three hole relay base and the early circuit breaker cap.  HD went to the later style cap sometime in 38, so its kind of tough to pin down an exact cross over.  We did a 38el15xx motor ten years ago and it had anearly cap,  but later ones didn't  Who knows 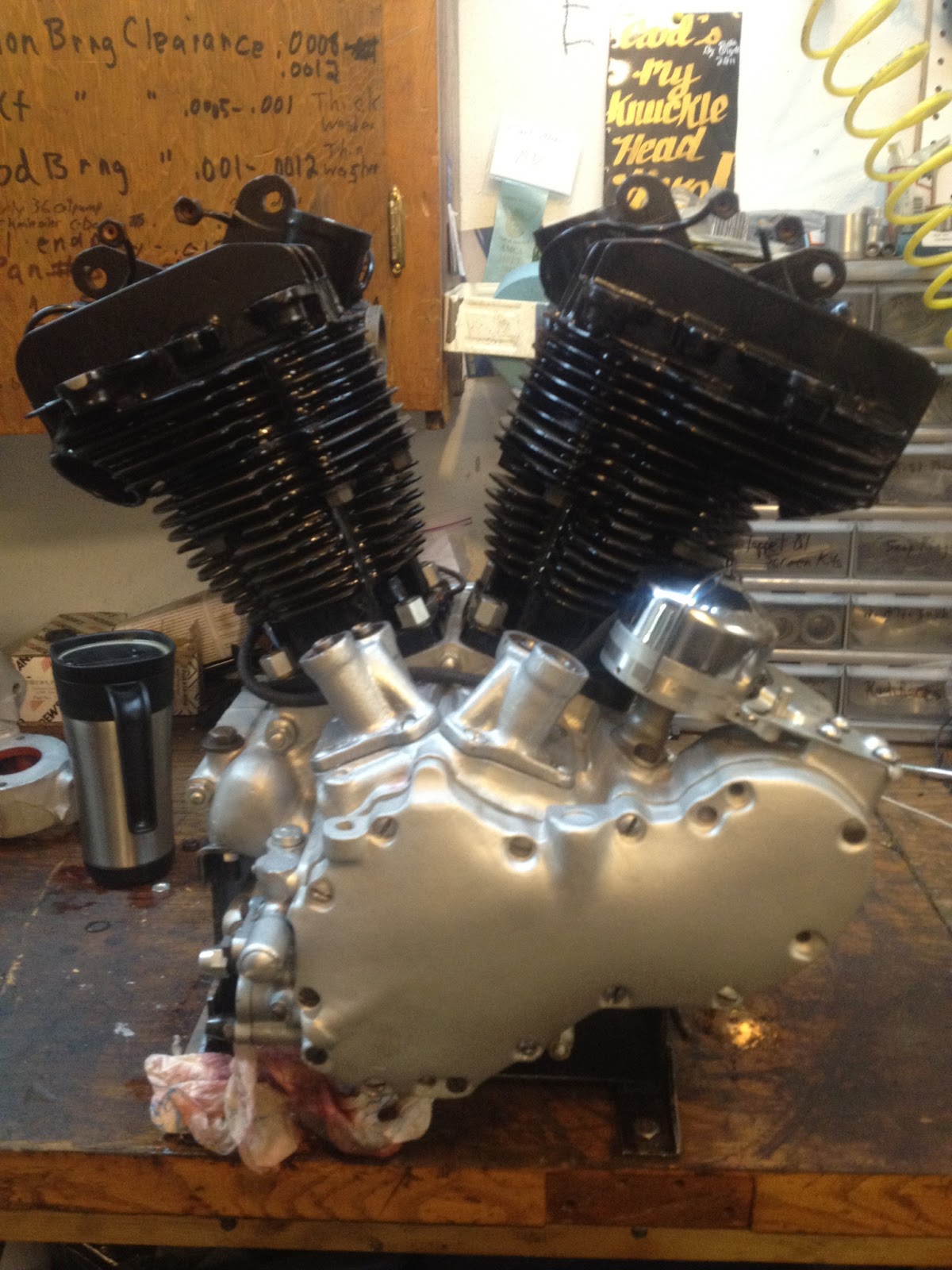 d  This is Jims thirty six motor.   its so nice. 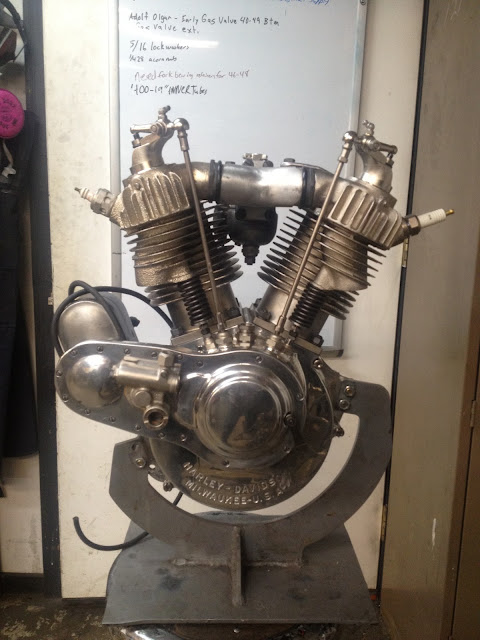