Phew, there is a lot of ground to cover since the last update.  Lets start with the 65 FLH.  We are so close to being done with this bike.   It is a monumental amount of work.   I have a new found respect for people that work on new bikes and restore bikes from the sixties and up. 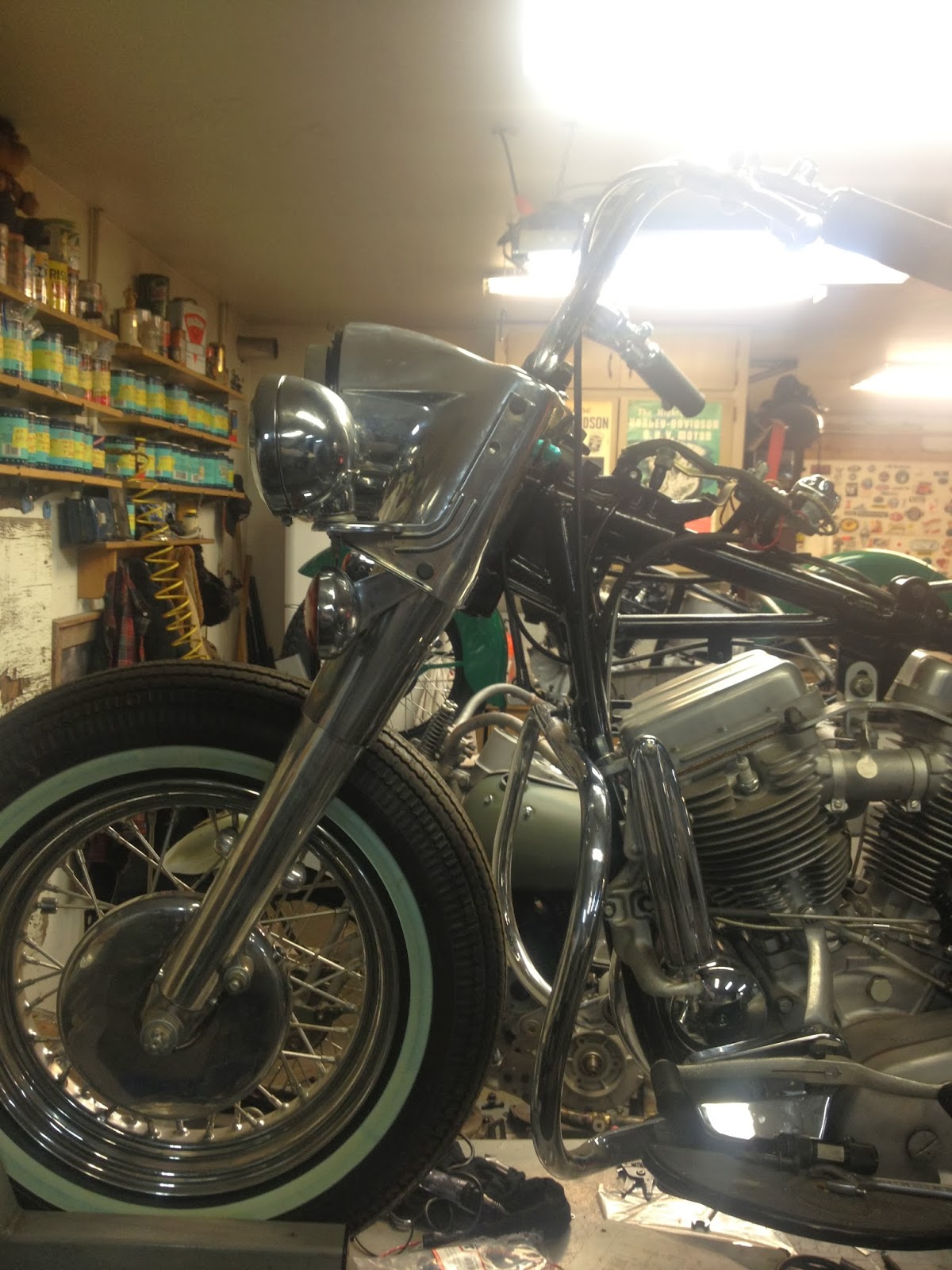 With all the work that went into getting the spotlight, horn, turn signals, headlight, flashers etc... working, it made sense to not work above the front fender.   We got the nacelle on and all of the doodads and whistles are in order!  Getting the nacelle on was a great feeling.  There are more lights and terminals under there than an entire knucklehead!!! 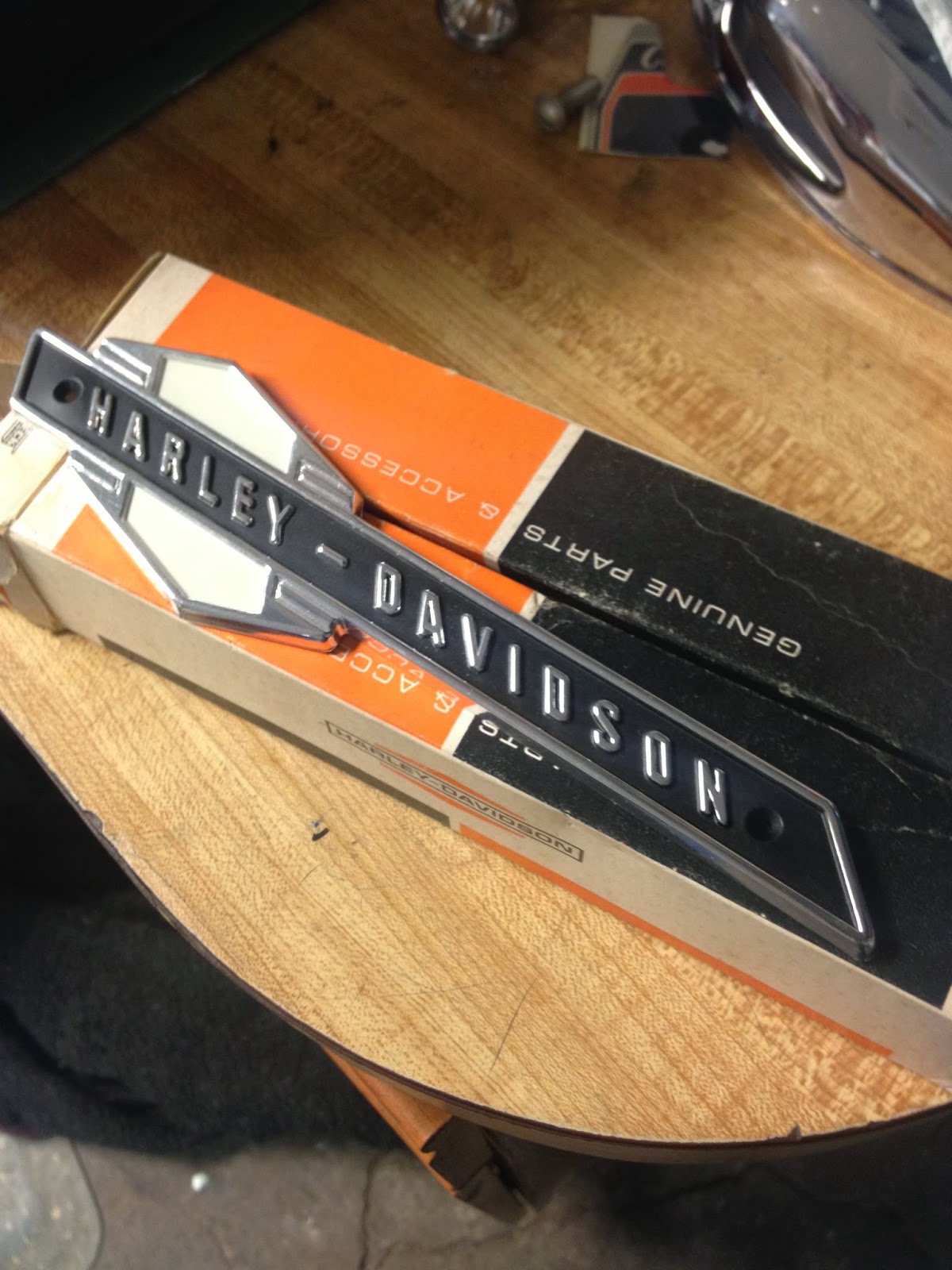 Here are some new old stock badges that we got from our friend.  They are really nice.   I was not really about what the best method to restore the originals was, so I was very grateful to find these ones   They come flat and you have to fit them to the tank.  They are pretty easy to bend and I got them lined up and mounted. 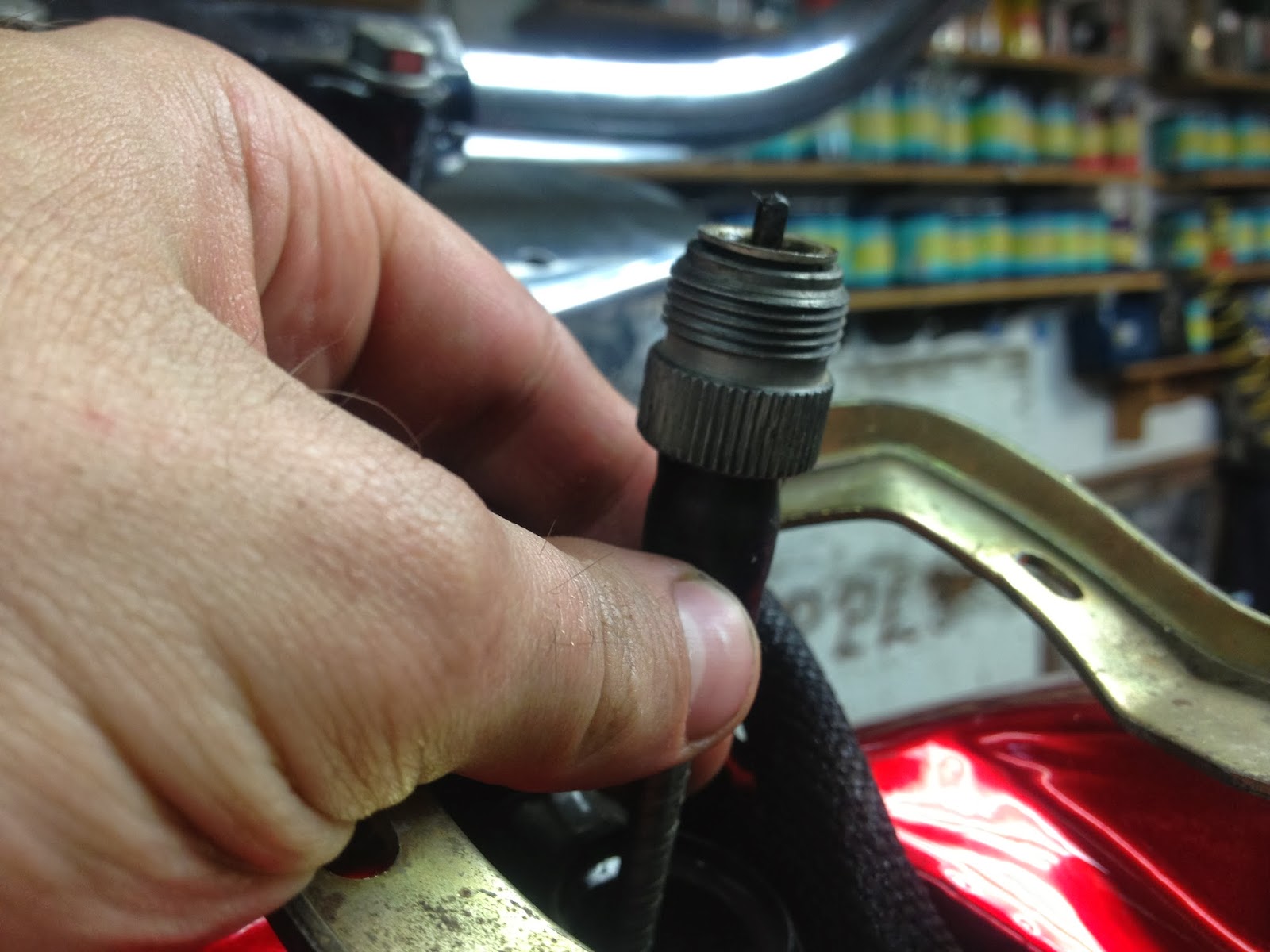 This was an interesting lesson that the 65 taught me.  The bike had a wonky speedo on it when we got it.   I ordered a restored tombstone speedo from John Bordos for the bike.   The tombstone speedos have a different drive than the earlier speedometers.   The one in the picture is the early style and wont fit in the tombstone speedo, so I had to change it for the correct one.   I had to pull the tanks, exhaust system, and clutch and shift rod to get to it.   I am sure a lot of you old timers know about this, but it was news to me, and hopefully it will help someone out that is reading this. 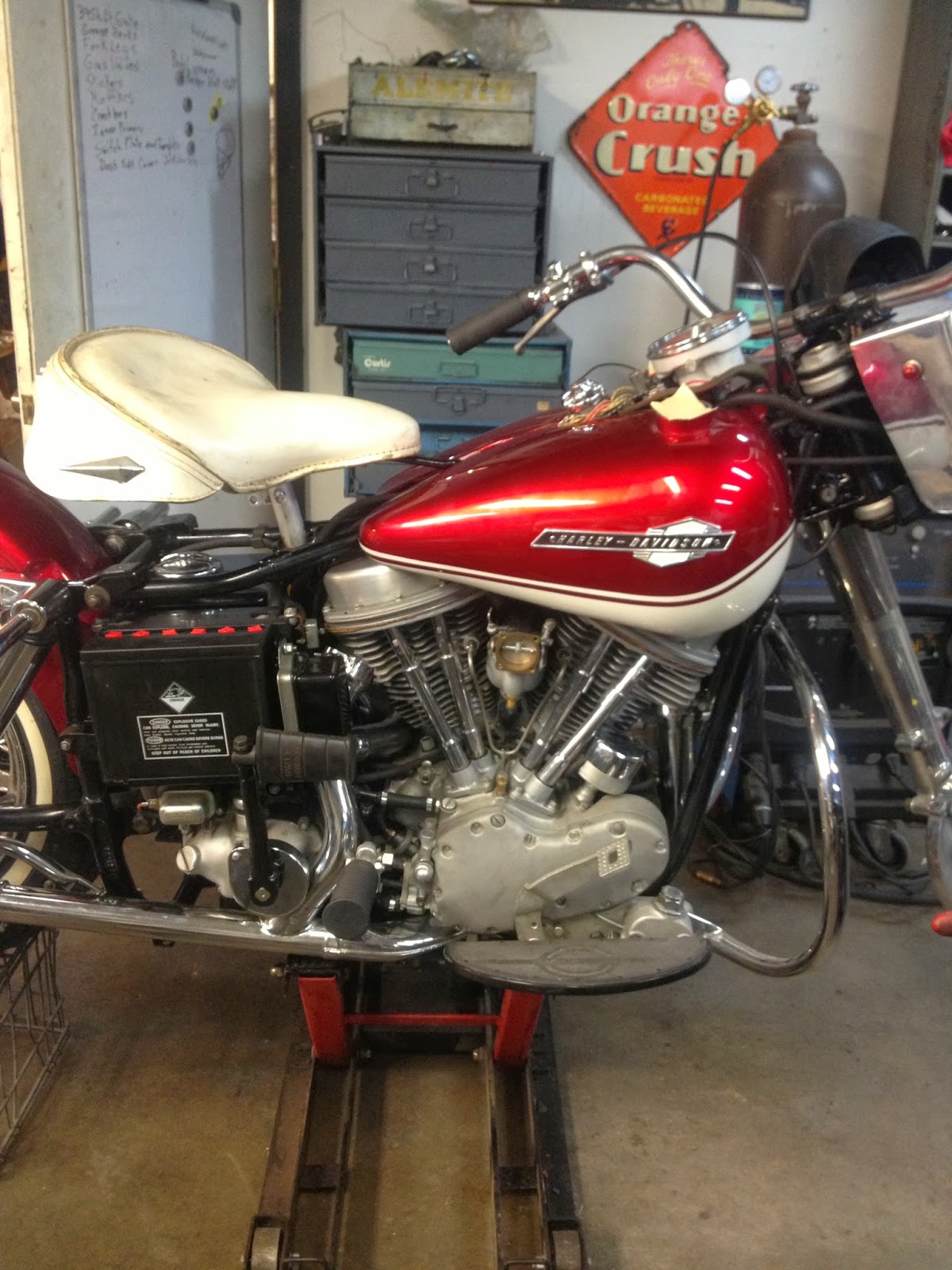 We prevailed and got the speedo cable switched out and the speedo on and mounted.   The seat on the bike is an original white one that my dad has had for years,  we figured it made sense to use this one for set up and testing before we put the primo saddleshop seat on it before delivery.  I ordered the last few pieces that we needed for this bike yesterday and am really looking forward to riding the bike and enjoying it.


Britt is doing really well, and our son is growing every day.  We officially made it to the third trimester, and it is pretty neat.  It is hard to believe that so much time has flown by and Britt has gotten so big.   Here are a couple pics of her from last summer for scale. 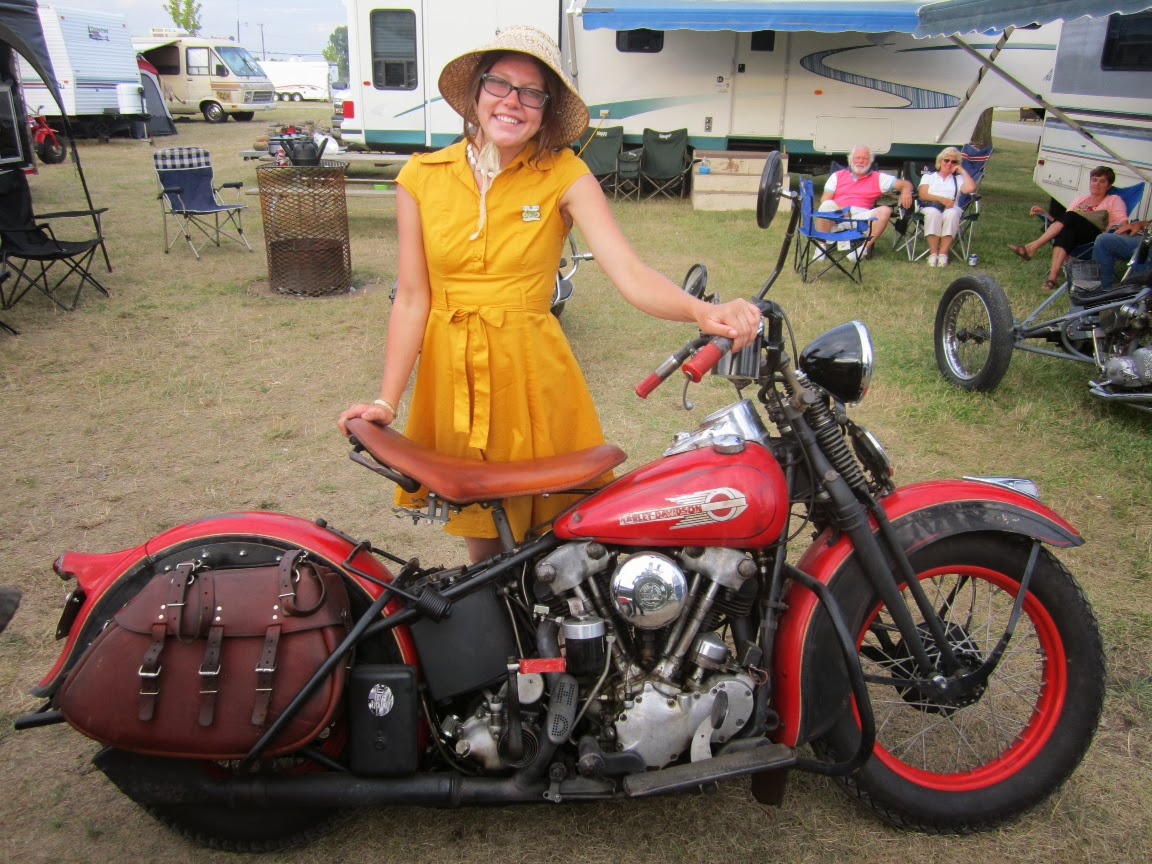 This is a cool picture of Brittney with Stanley Miller's Deer slaying 36.  I think this photo was taken at Wauseon but I am not sure. 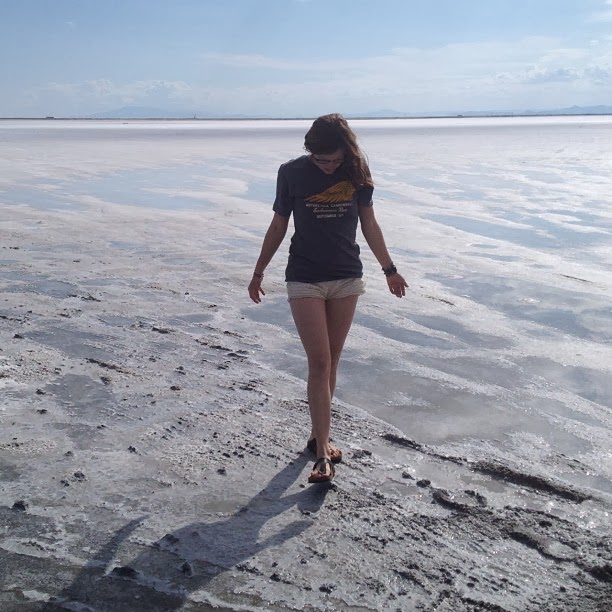 This is a pic of Brittney at the Salt Flats,  this is really a dreamy photo. 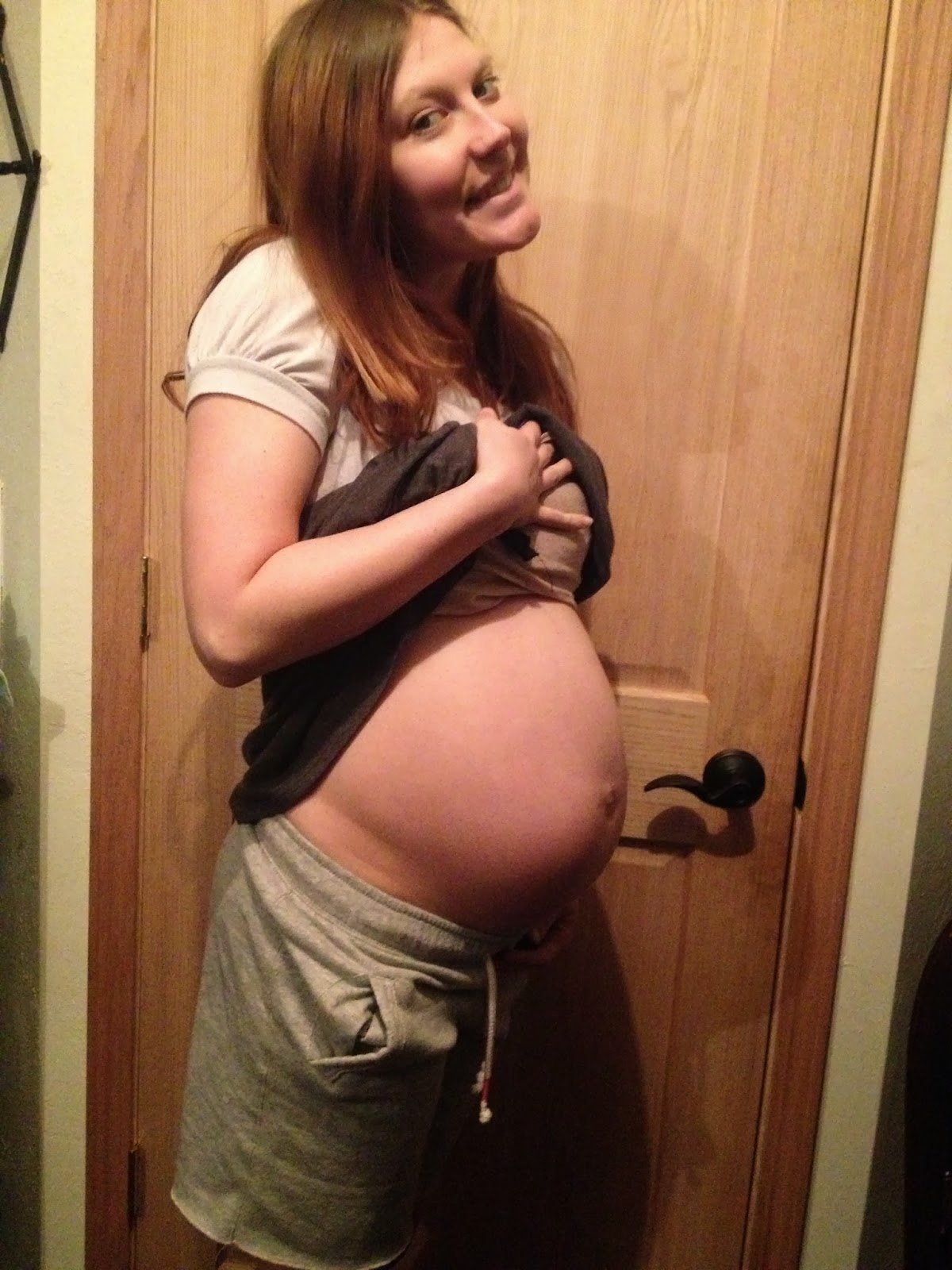 And here is Brittney and our son.  These last few months have been really exciting and we have learned a lot about babies, parenthood and 65 FLHs. 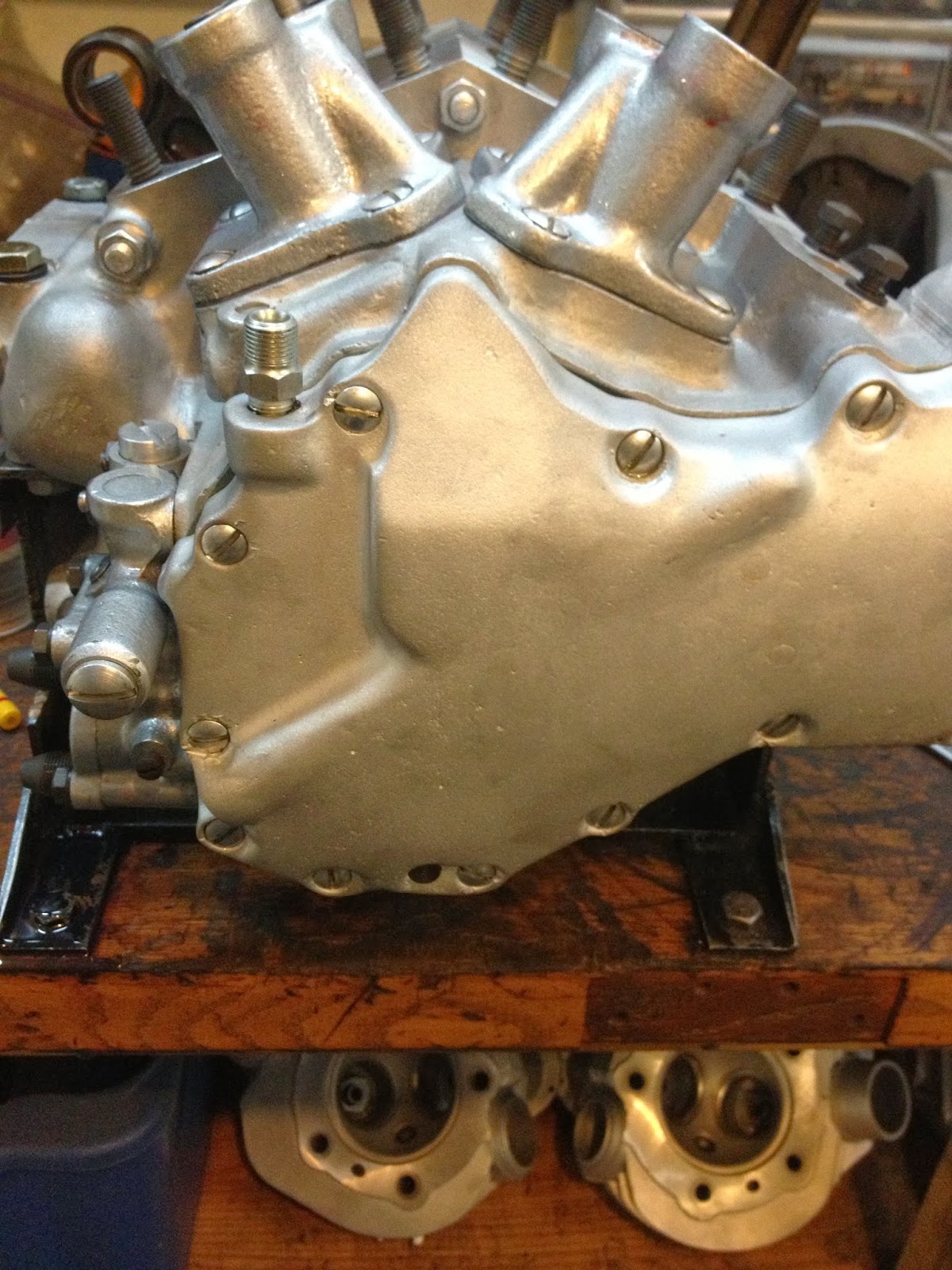 My dad is jamming out on bottom ends,  here is an early 36 that he is working on.  It is one of the first 300 made and really nice stuff.   Original matched cases, original cam cover, oil pump lifter blocks etc... 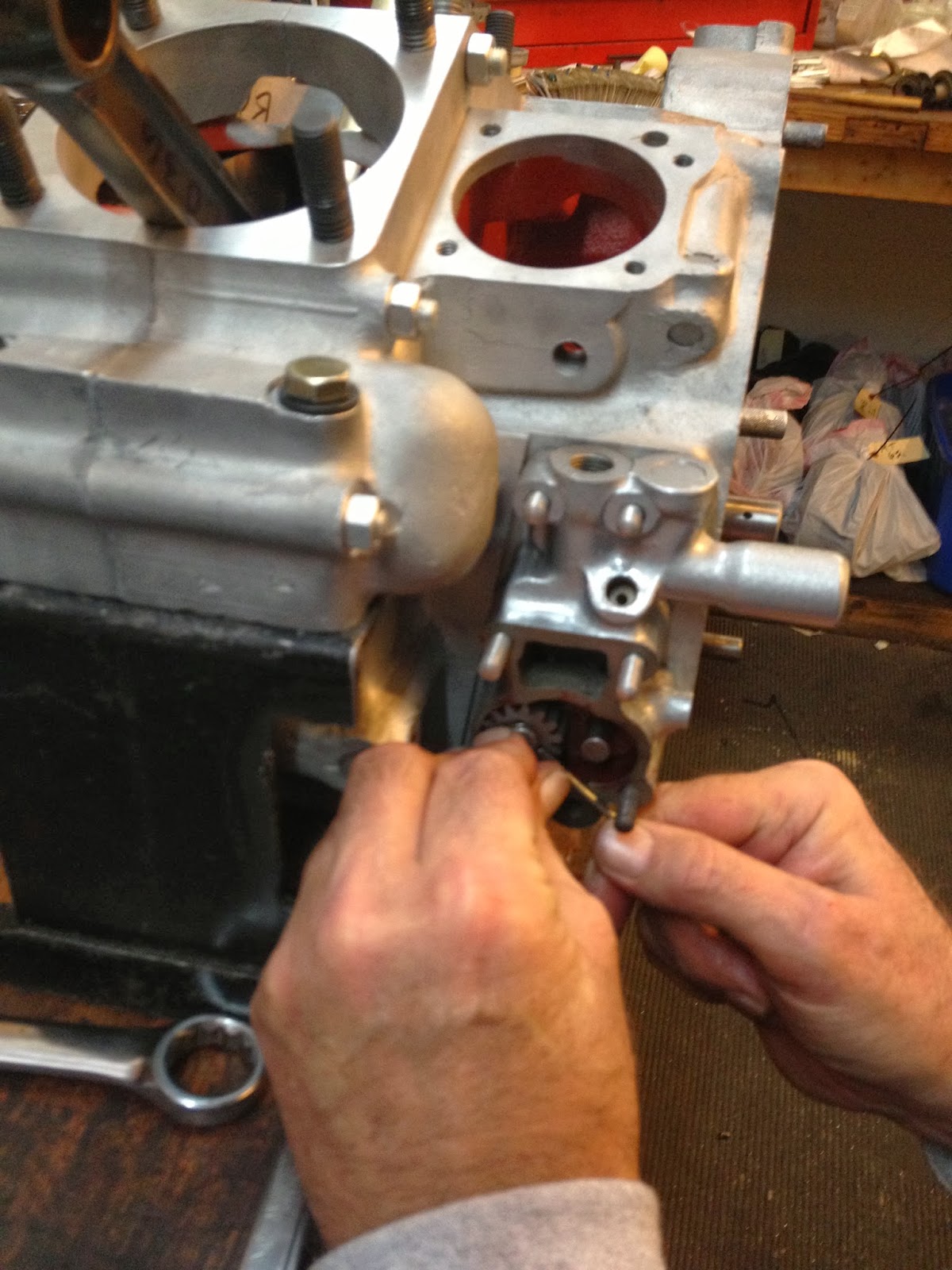 This bottom end came with flywheels, cases, timer, oil pump and lifter blocks and didn't appear to have ever been apart.   It has what i consider a mid 36 oil pump but its on an early bike, it also had the large timing hole plug which came out right around this serial number.,  my 36-- which is a mid bike had an early oil pump and early left case with the small timing plug.   There are a lot of experts out there that think everything was absolute on these first year knuckleheads, but that isn't always the case.   It is pretty interesting how you always discover some new strange part change or exception to what you thought was a rule. 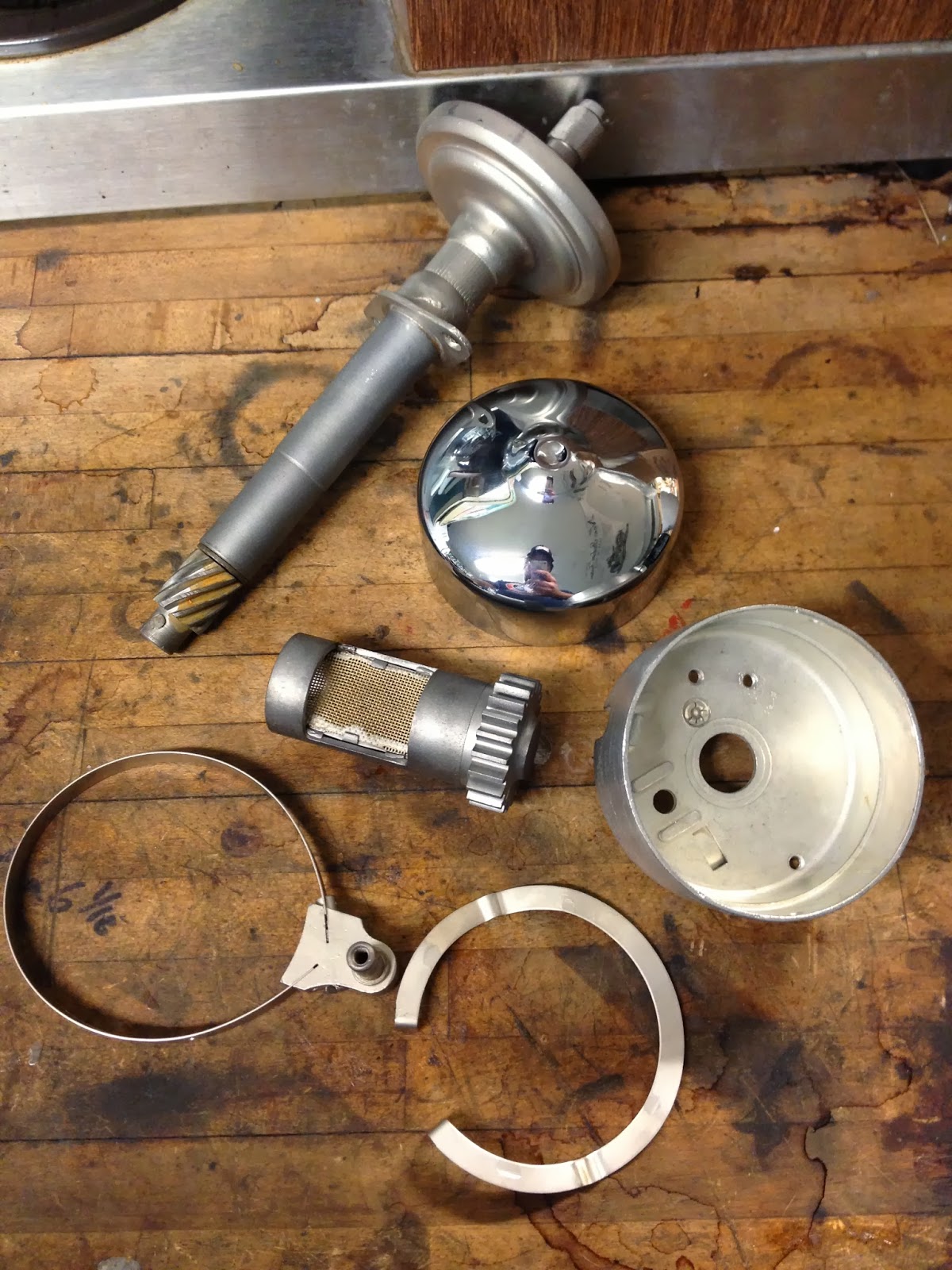 Here is some really cool early 36 only stuff.   The circuit breaker is the early style with the counter bore cam on top,  the base that points bolt to is also different.   notice how it doesn't flare down in the center like on mid 36 and later timers.   The breather is the one that came out of the motor, I am not sure how long they were used.   The clip is also an early job,  notice how the gap is narrower where the two ends come together.  Mid 37 has a wider gap and is made out of a different dimensional material.  The difference in the gap had to do with making room for the circuit breaker to coil wire coming out the bottom of the circuit breaker, which didn't happen until mid 37. 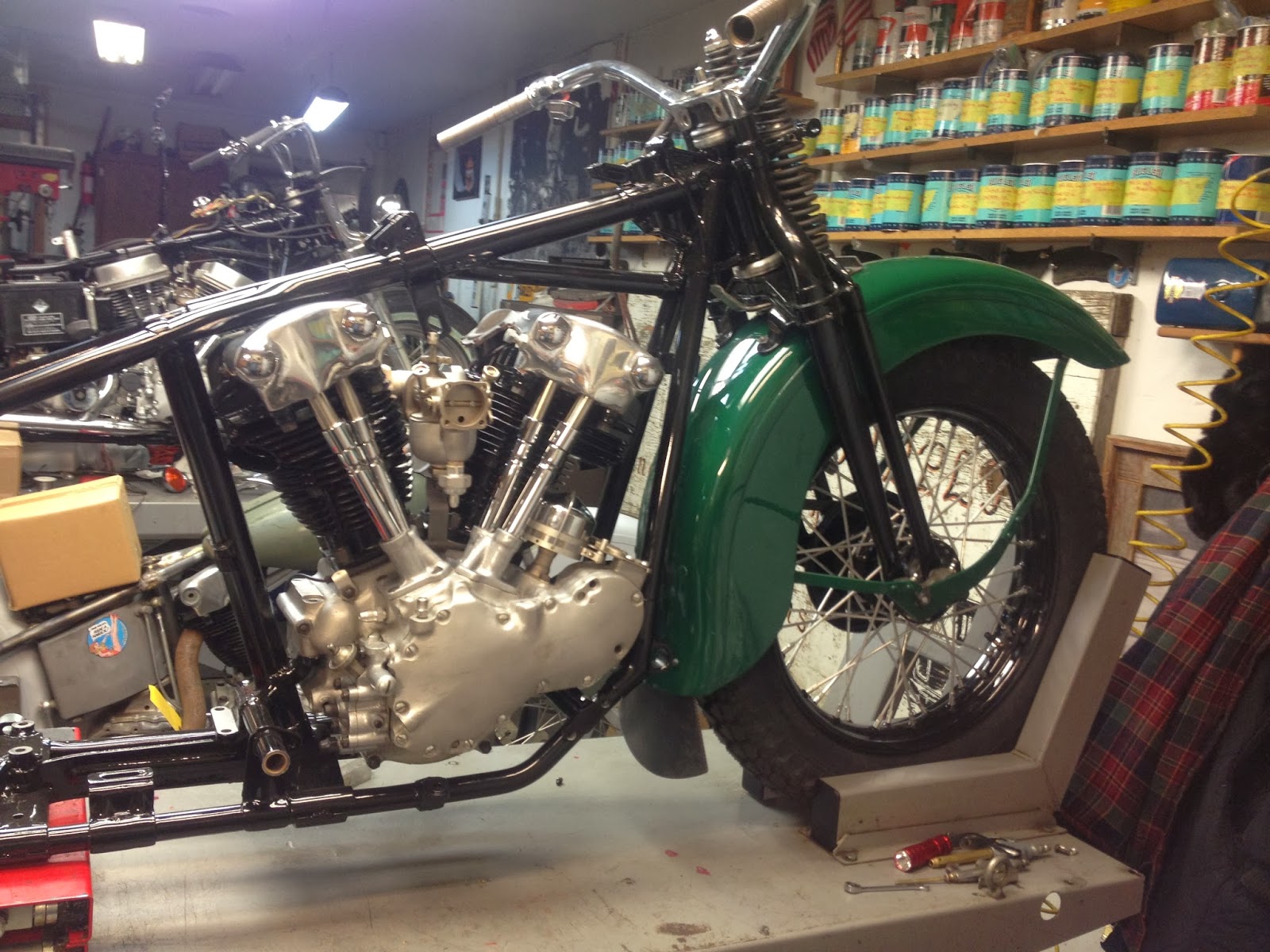 We made some progress on this 39 EL on Wednesday,  it is sherwood green and silver, which are colors from 1936.  It is going to look really nice. 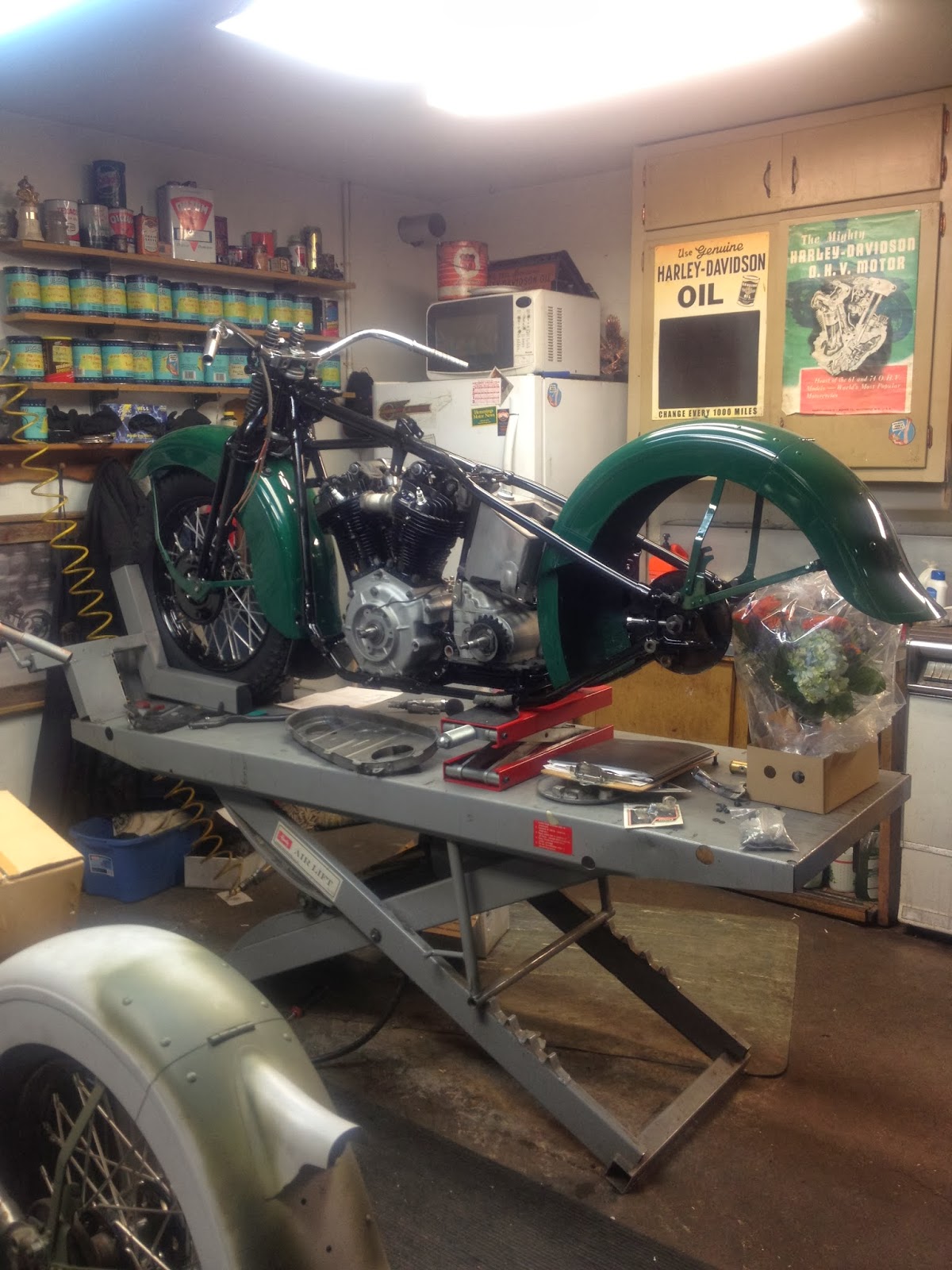 I have to fit the inner primary cover and the chainguard tab, and get them over to Mike for some black paint 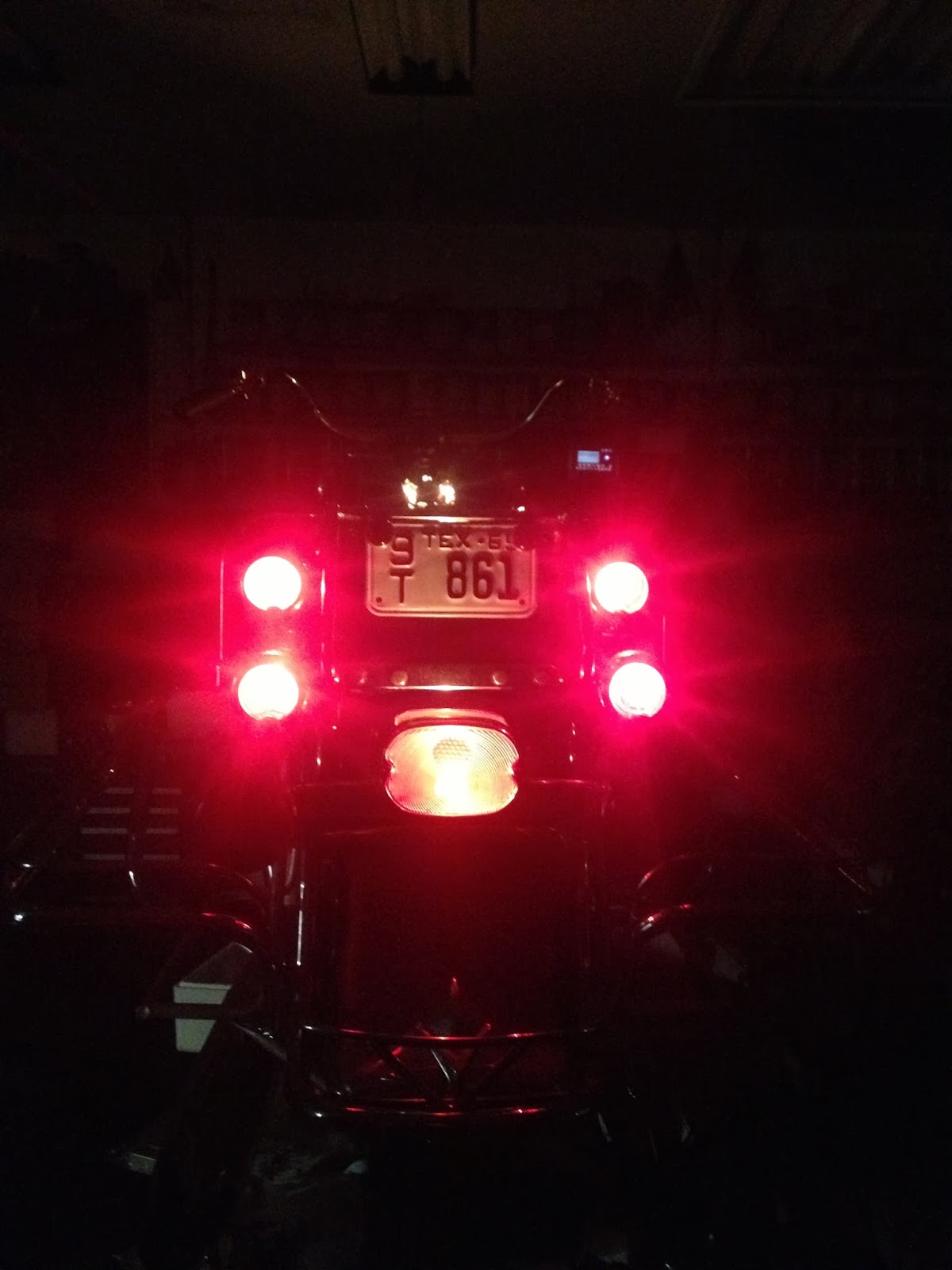 We have been jamming out on Jason's 65, this  bike needs more lights 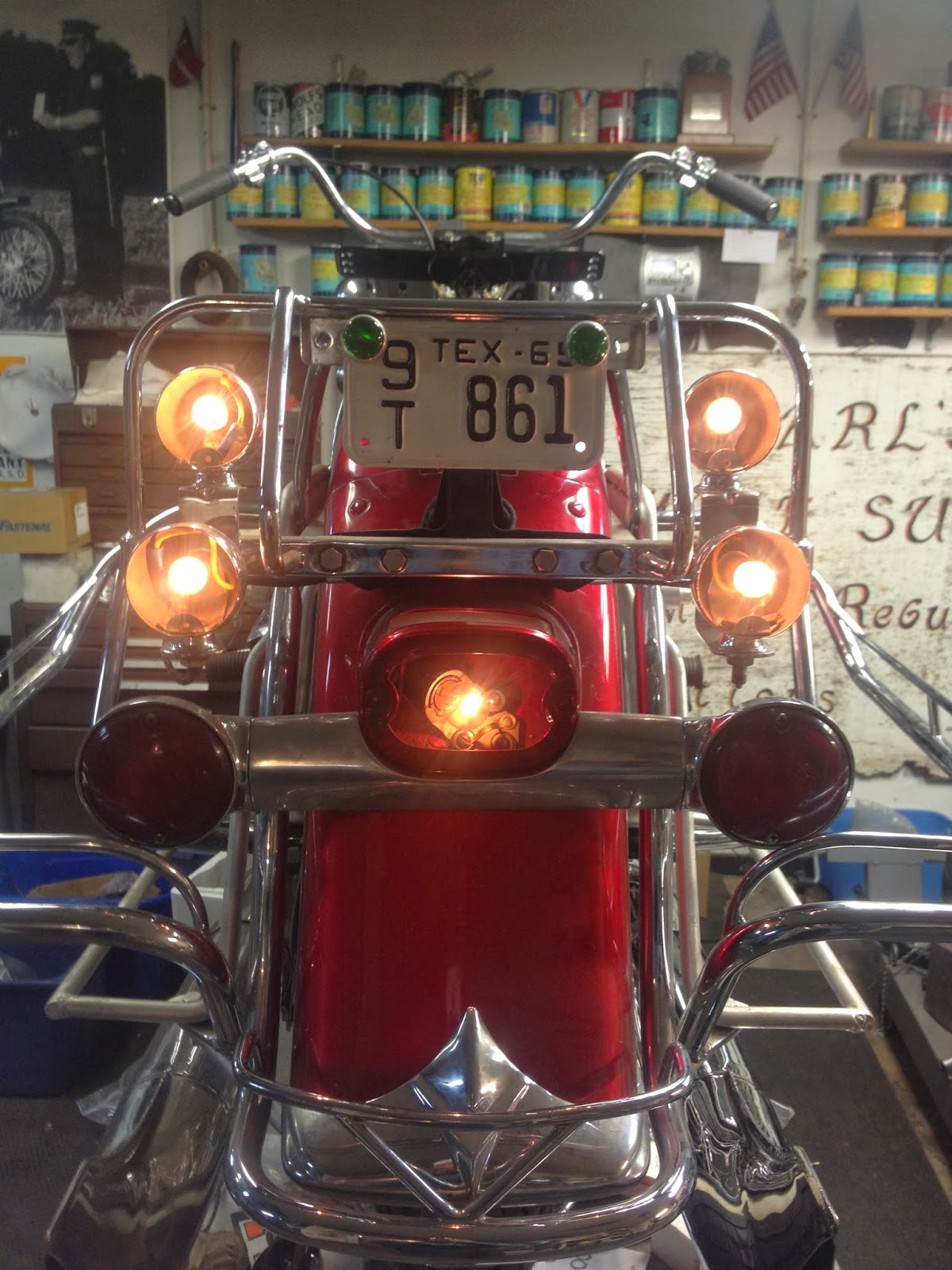 We got all of the turn signals working, and also switched out the one nos super soft muffler to a regular muffler, so now they both have the same amount of baffling and are both brand new. 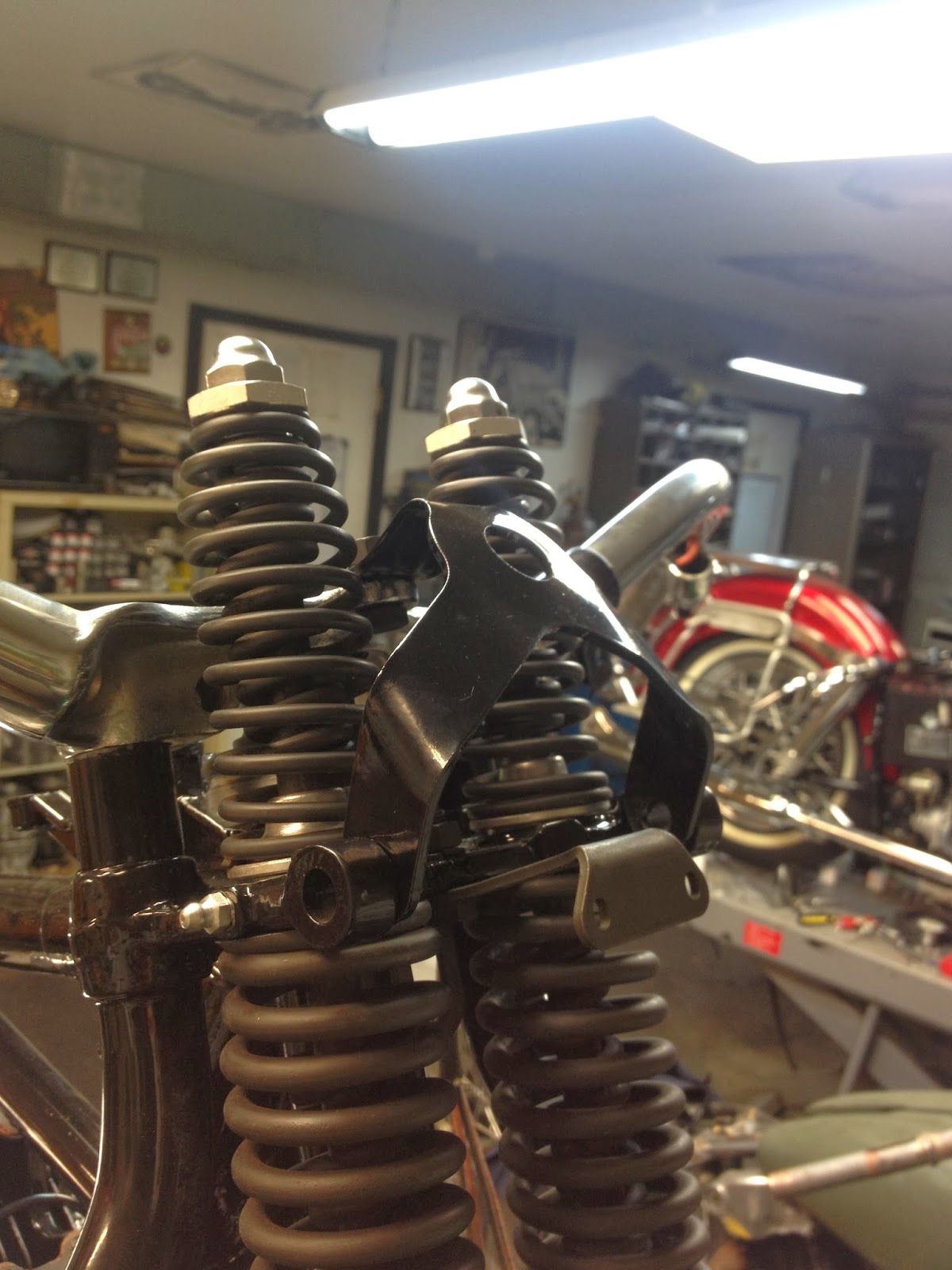 This is another really exciting project we are happy to announce.  This is a 1936 to 1945 Headlight bracket, that we just had made.   The originals are very difficult to find  and are always mangled, cracked and beat up.  There have been a few other companies that have tried to replicate this bracket, but its very difficult to get the aesthetic bends right. We pretty much ran out of good originals, so we took the one off of our 37 and had it copied.   They are made in America and primo.  Email the shop if you would like one, before theyre all sold out 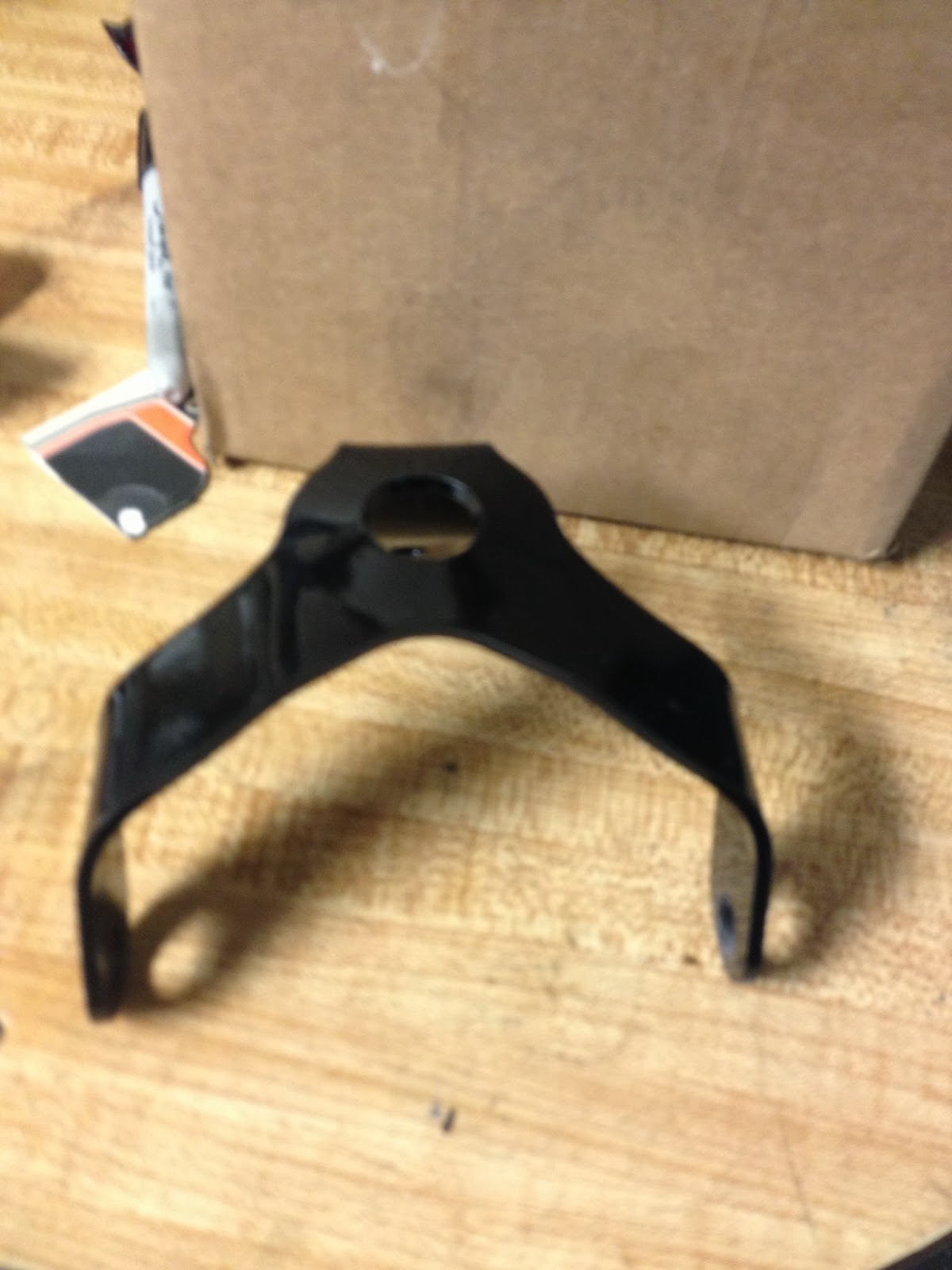 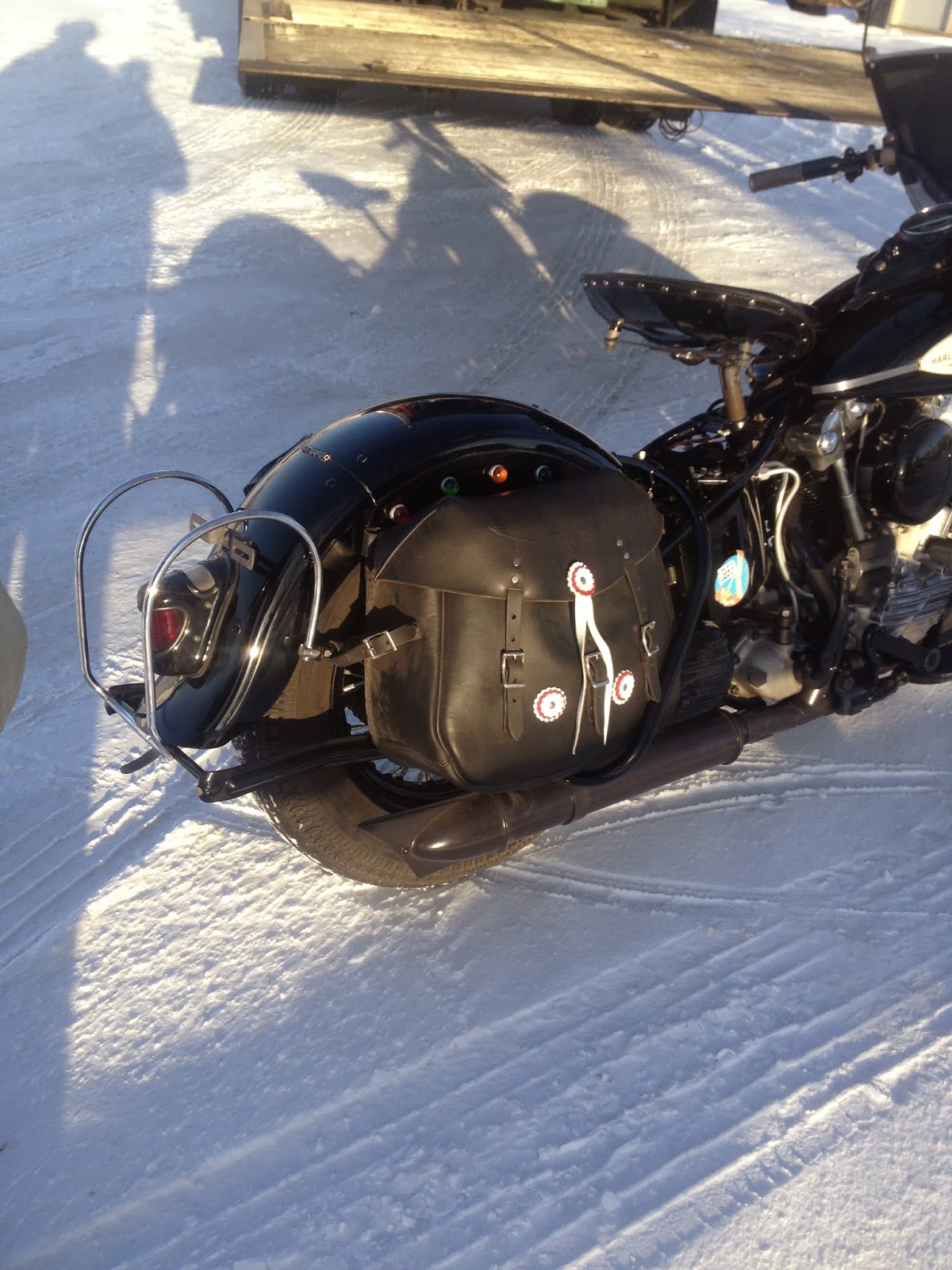 And This 46 got shipped out this week.  I am looking forward to seeing it on the east coast, but it was a sad day to see it leave. 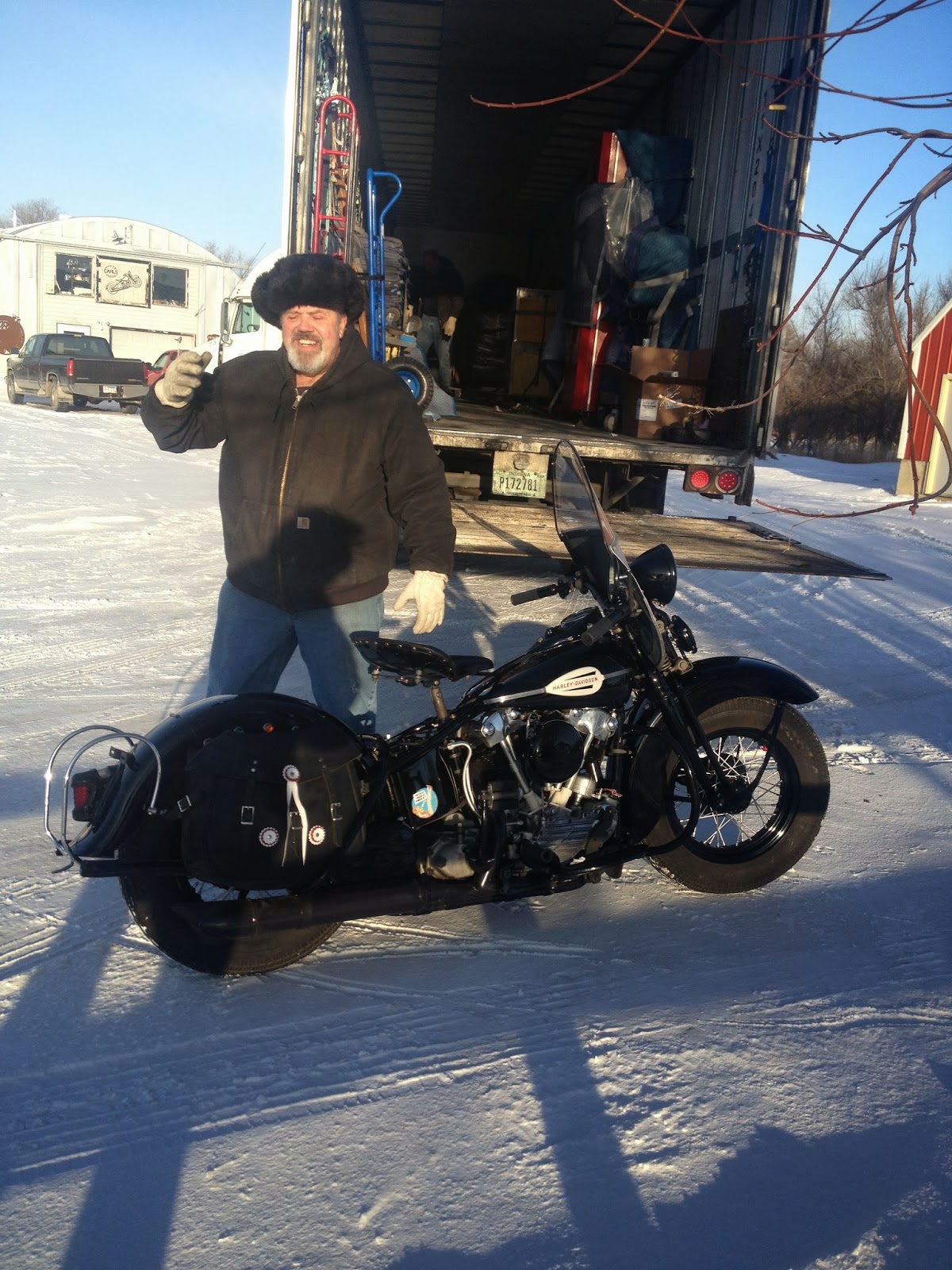 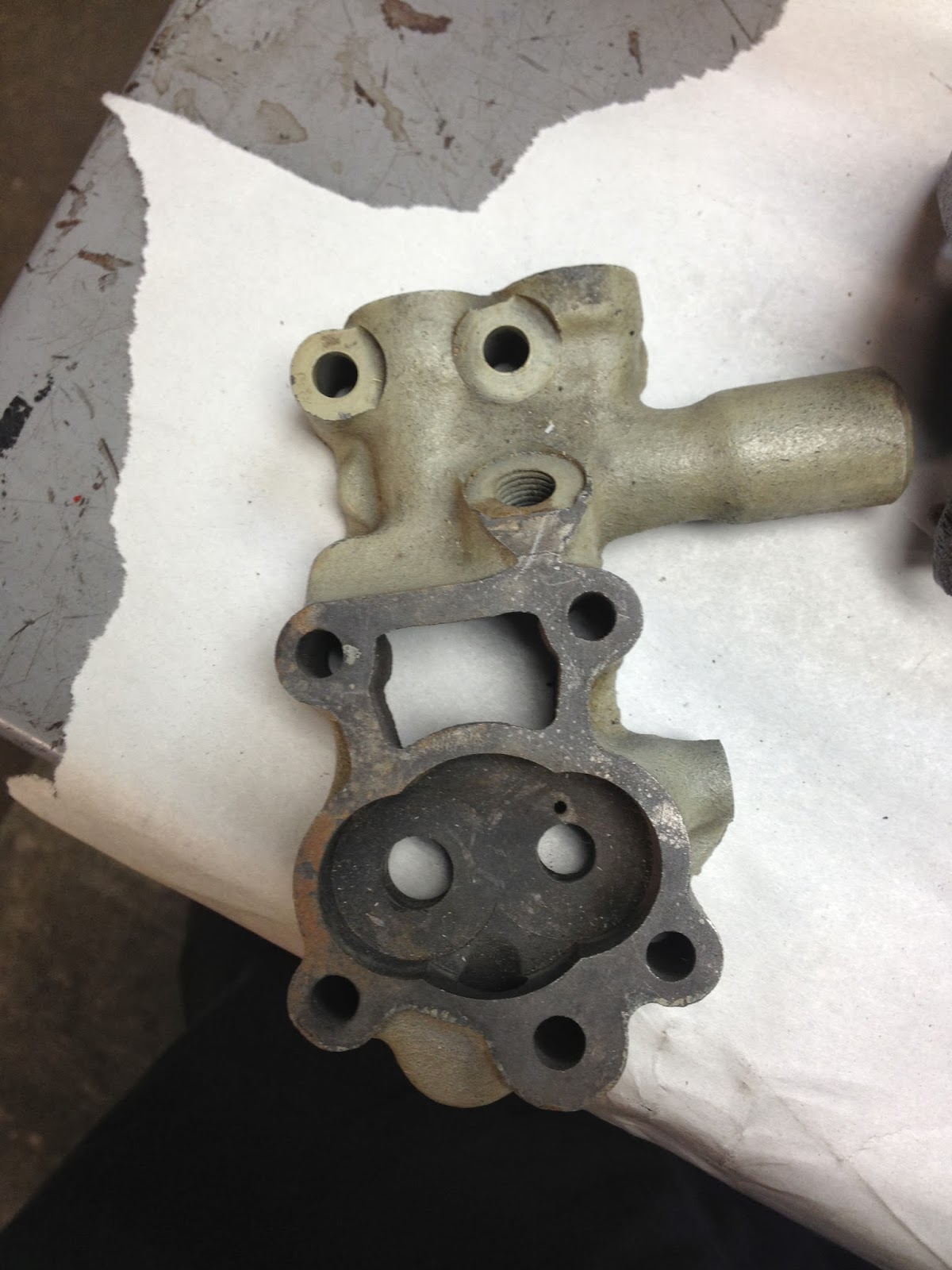 We are sorting out all of the oil pump and lifter blocks that need to get painted for this batch of motors.  It is pretty tedious and repetitive work.  Lots of solvent, water, compressed air, electric contact cleaner over and over.   Anyways,  I wanted to take a picture of this 38- 40 oil pump that is for a 40 el motor that we are doing.  The customer supplied it, and bought it on ebay.  It is a new old stock oilpump and has never been ran.  this is pretty wild,   It is painted white, so that means that it was probably made during the 42 to early 46 war years.   I have never seen one, and am pumped that I get to inspect it and use it. 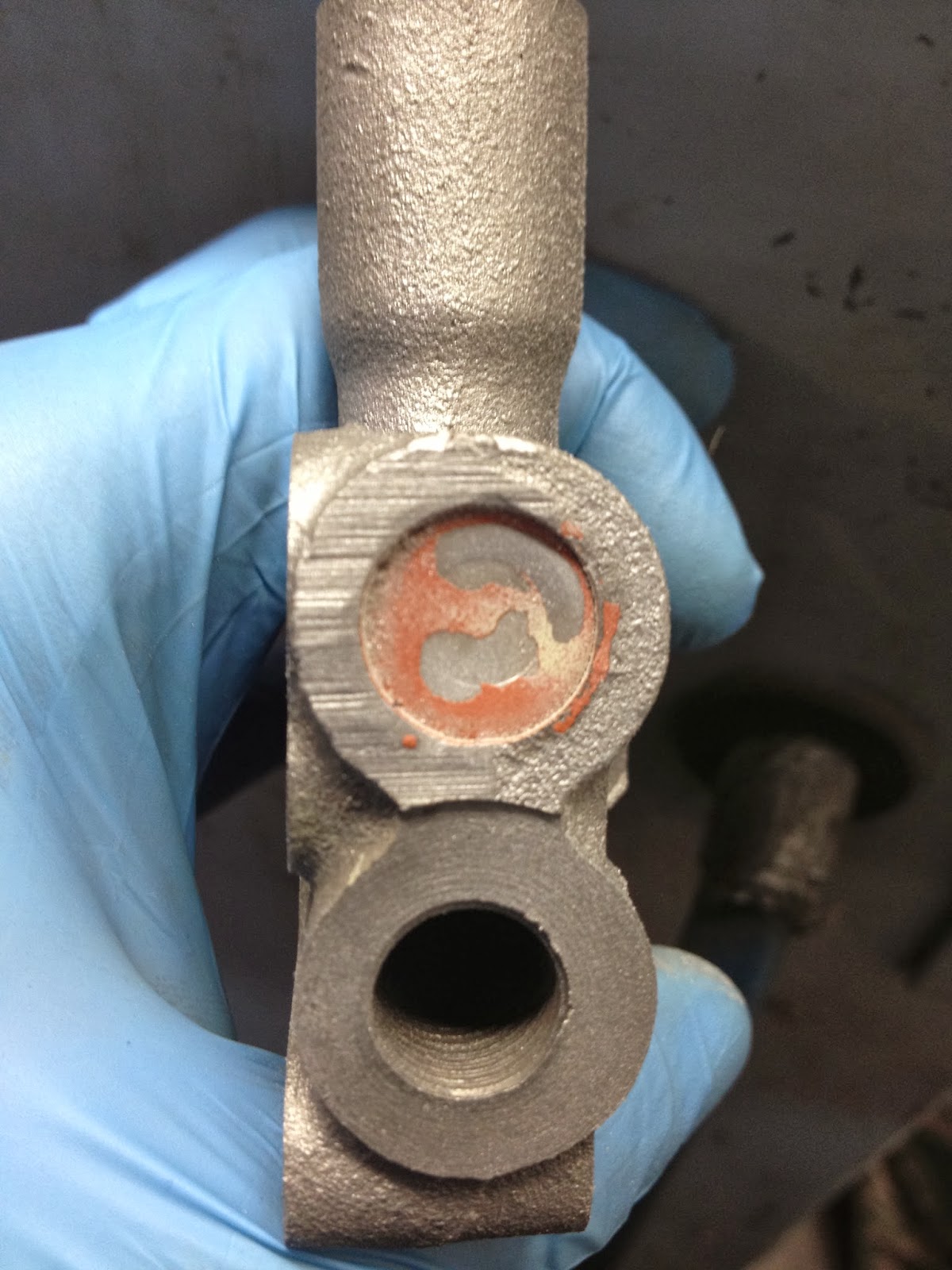 Oil pumps in 1940 were painted with silver paint, so we are repainting it the correct color. While i was blasting and prepping the pump for different paint i noticed that the welch plug was put in with red sealer, and then painted.  I dont know why i took a picture,  I just thought it was neat. 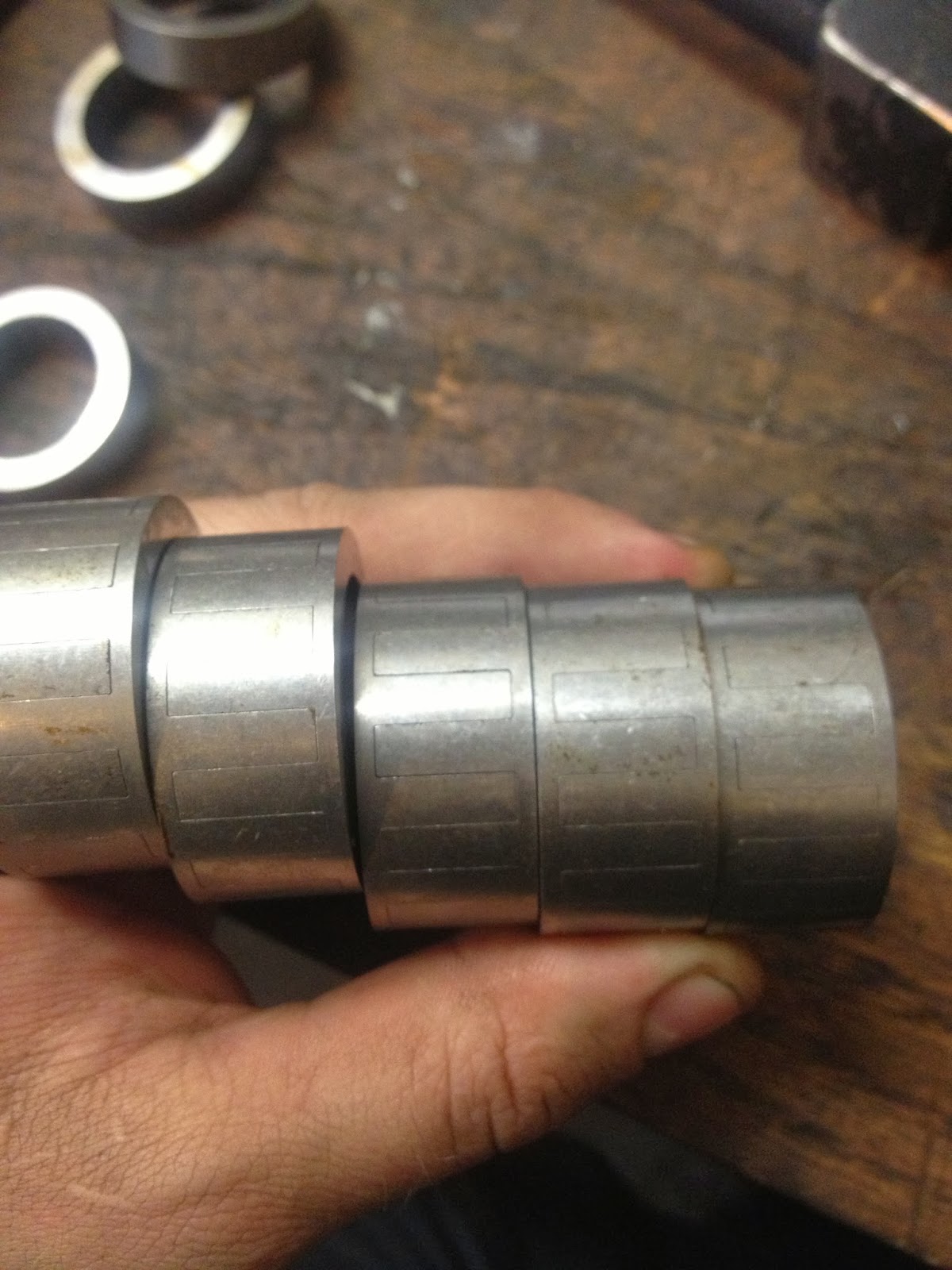 d
Here are some of the bearing cages that we are using for our motors.  We have these made for us, since originals are almost impossible to find and the other repro ones that are made in china are terrible. 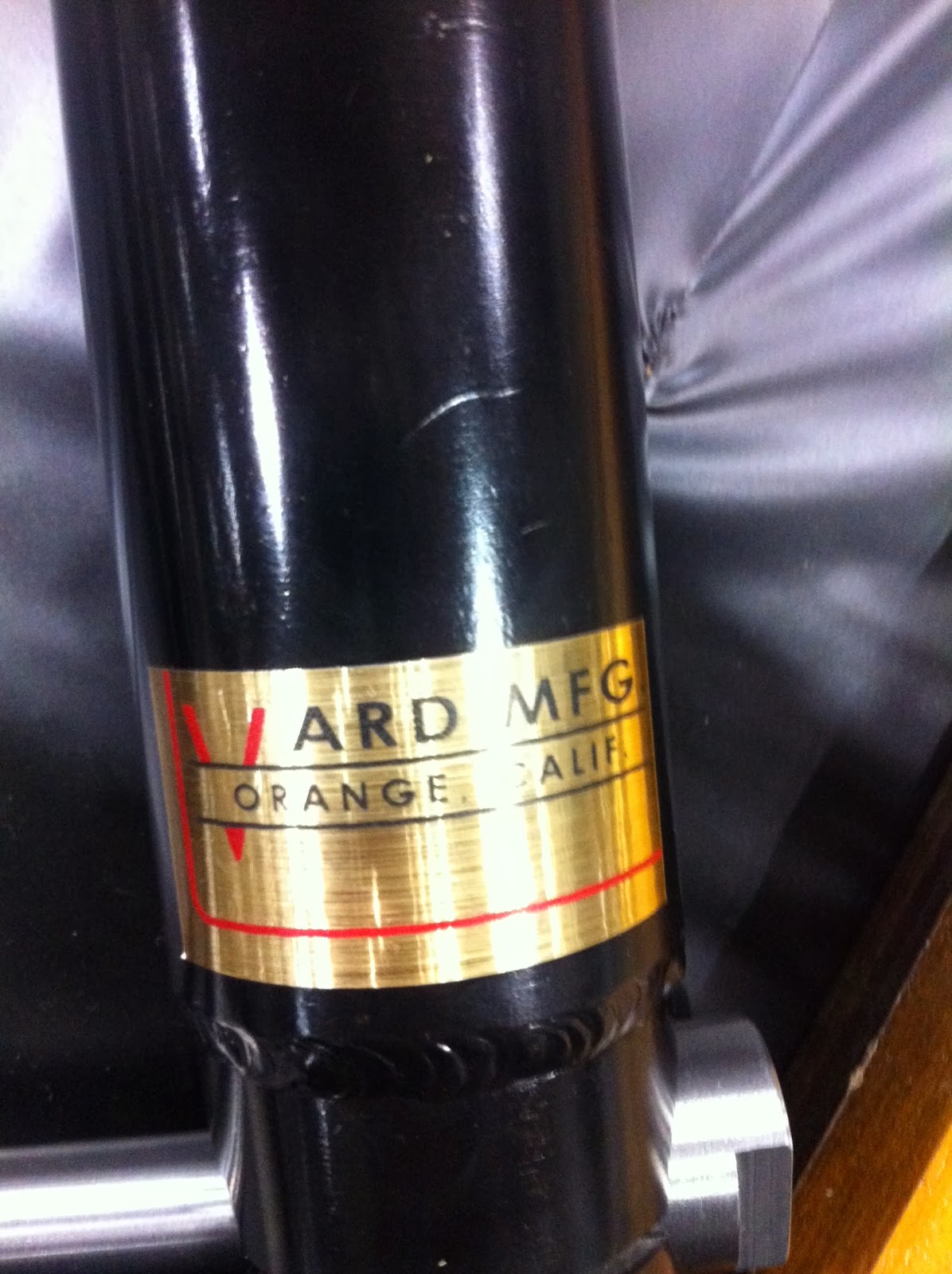 My friend Harpoon made a website for his vard front end project.  These things are really nice and all made in the USA,  They are a very limited production part,  go check out his website at www.vardmfg.com to figure out how to get one for your bike. 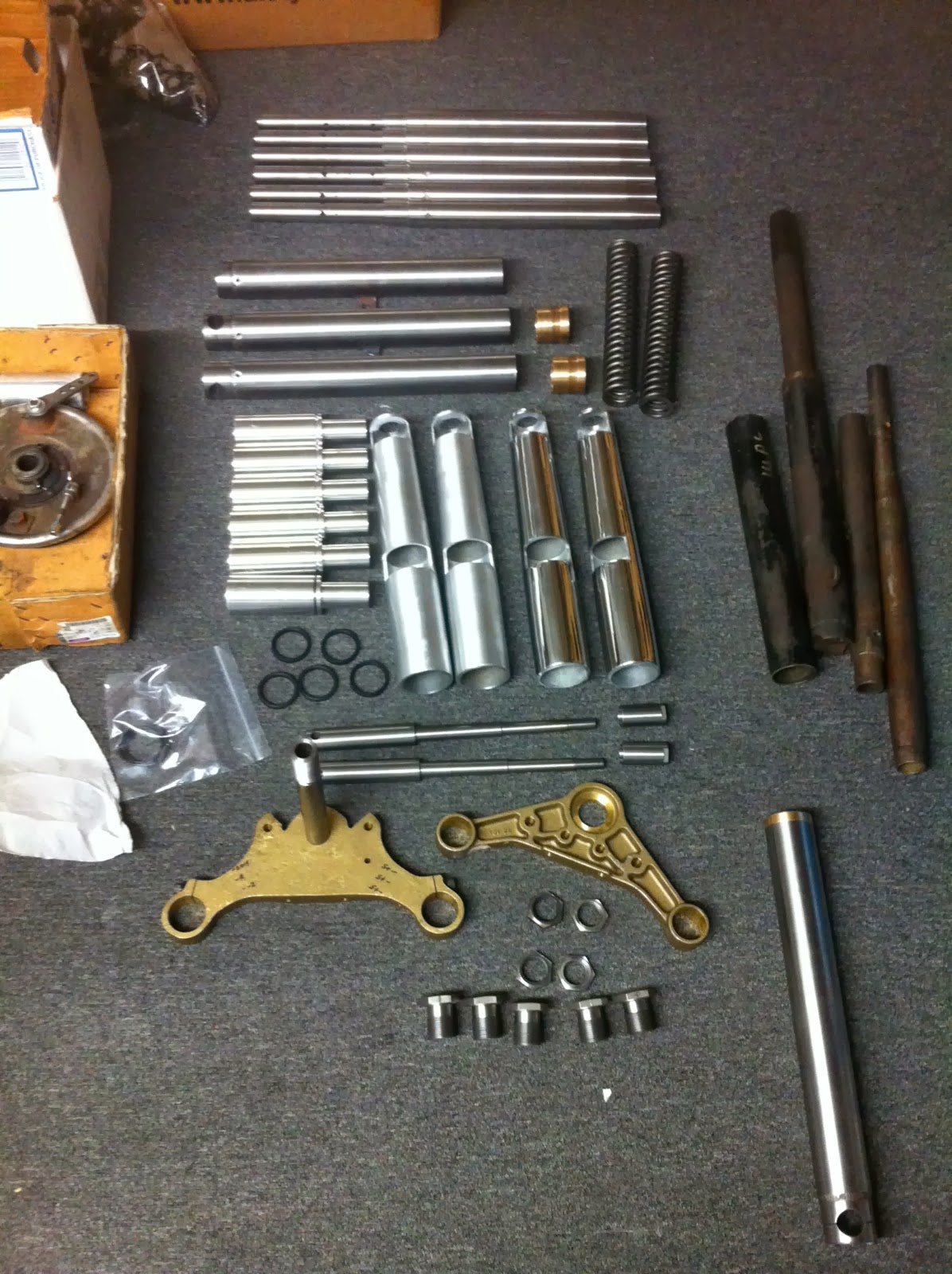 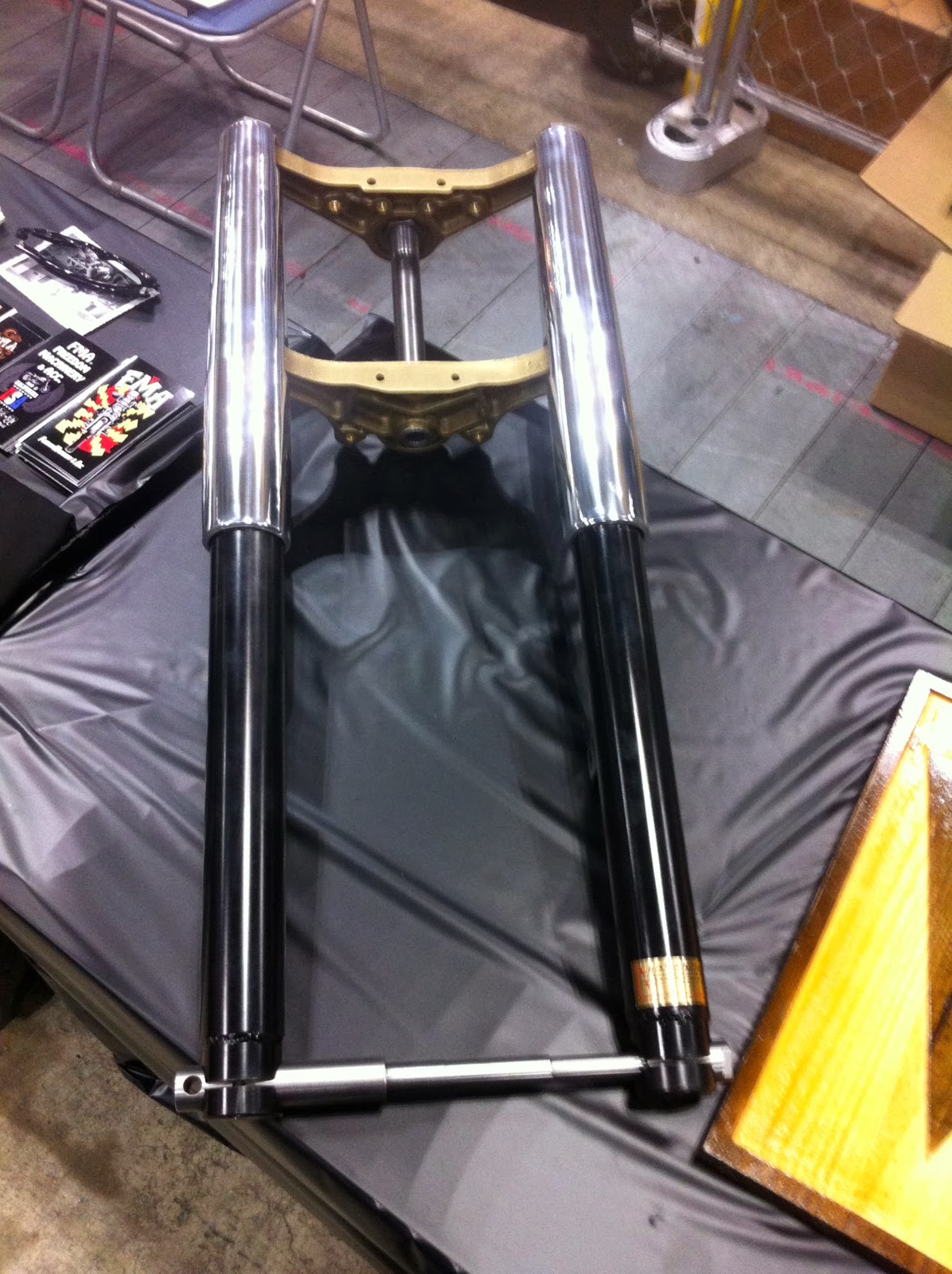