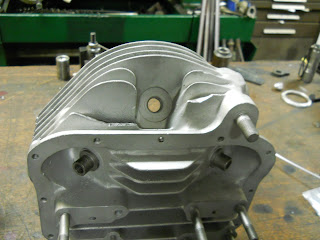 I did some aluminum welding this morning, here are some missing fins on a 55 head for a motor we are rebuilding. 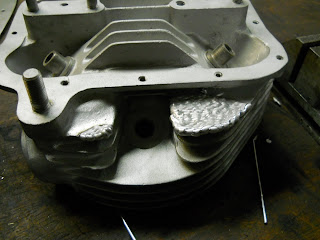 Here they are after a bit of welding . I love aluminum welding it is like laying down little bricks. 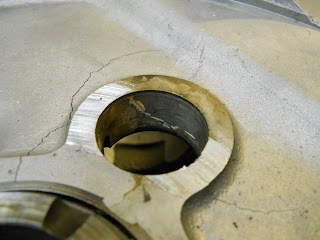 Check out the epoxy that someone used to glue in the cam bushing! wow. 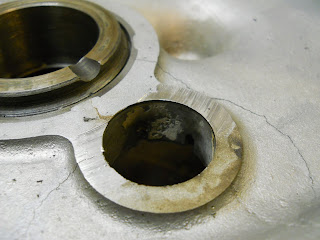 I don't know what to say about this, except never glue in bushings? 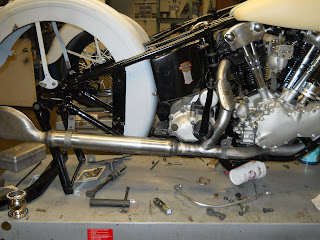 I worked on fitting the exhaust on Jim's 38 some today. I have to fit the clamps on the muffler still, but it is almost done. 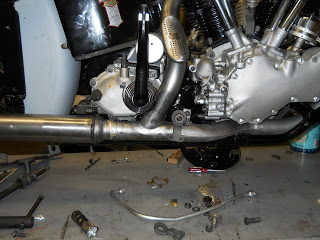 I still have to fit the clamps on the muffler, but it is almost done. Check out the angle on the pipe going into the saddle it is a smooth transition and the pipe lines up well with the saddle. 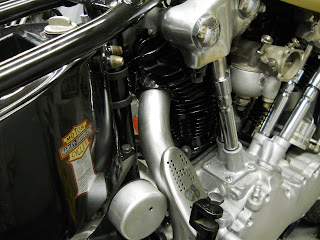 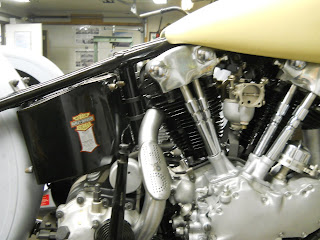 Check out how nicely the header pipe fits into the head!!! 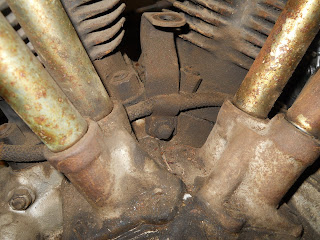 c.b. to coil wire clip on the center stud. it is supposed to be on the stud to the left. I kind of like the idea of putting it here, it is a little more clean. 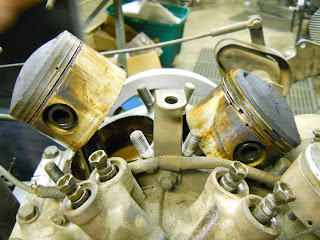 My dad and I were pretty excited when Dan pulled the cylinders off of the 38 and we saw the cut down fl pistons. We both hoped that the bottom end had btsv flywheels in it, but we were sadly disappointed. It has 74 wheels in it. I think the pistons were cut down for less rotating weight rather than clearance issues. 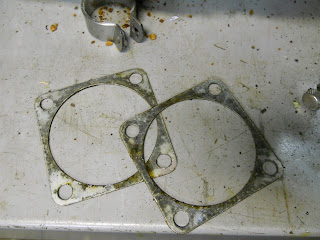 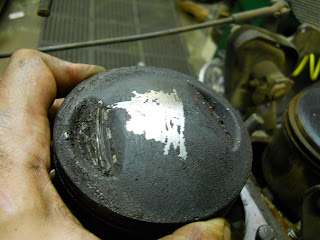 I scraped the carbon off the top of the pistons to see how big they are and found that they had been polished mirror smooth, which is pretty cool 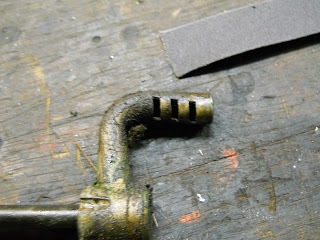 HEre is the breather. They must have misplaced the elbow that clamps on the end of it, so they plugged the end and cut these grooves in it. 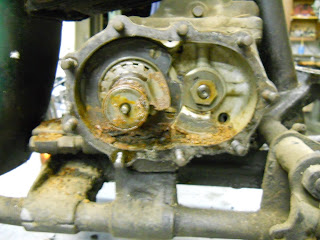 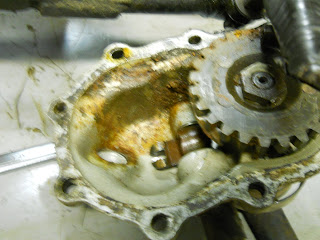 This is a later style clutch finger. I thought you always had to use the earlier style fingers with the small bearings, but I guess that is not always so. 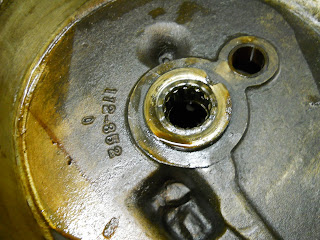 Here is the inside of the right case. The left case had the same problem. This motor did not have enough end play and the two races were not in line. This caused the flywheels to roll over a burr on the races and encapsulate the bearing cages inside of the early blind hole races.
Posted by Matt Olsen at 10/10/2011 03:31:00 PM