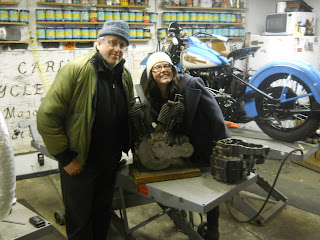 We were fortunate enough to have our friend Paul from Chicago come over for a weekend visit I have known Paul for a while and he is a true bike enthusiast and has owned a ton of different bikes over the last forty years. I always love hanging out with him and talking about old motorcycles. Whether they are British, European or American, there is always something to talk about. 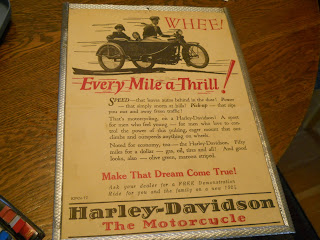 Another neat thing about Paul is that his uncle was Harry Molenaar Harry owned a dealership from 1933 till 1990 and played a very important role in saving a lot of very special bikes over the years. He was also into flying planes and he owned a race track and would have races all the time. Paul and I have been talking about spending a weekend together so that we could go through old photos and advertisements that he got from Harry for a few years and we finally nailed it down. I made a lot of copies of cool and unique stuff and will try to inject them into the content on this site from time to time. 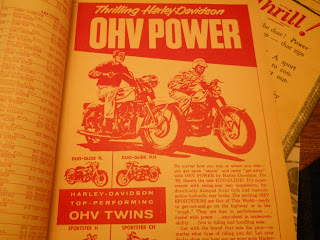 Here is a cool picture that I took for Mr. NOOt 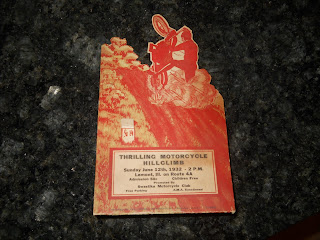 This promotional cut out was on Harry's desk for a long time. He gave it to Paul. It is promoting a Hill Climb in 1932 that was put on by the Swastika Motorcycle Club which was made up of a bunch of German immigrant members. The artwork is amazing on this piece. 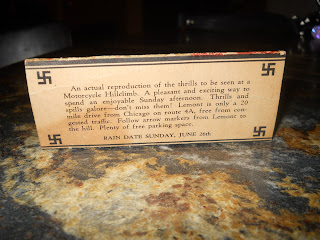