THEY ARE STILL OUT THERE 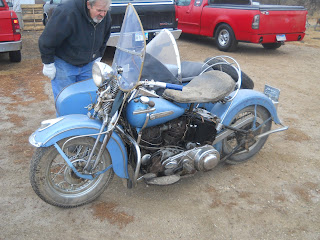 Darcy brought this cool 47 fl over this morning. He bought the bike a month ago up by the canadian border from the previous owners widow. This bike is really nice. It was dolled up in the fifties or sixties and has pretty much been a complete bike since 1947. The serial number is 47FL61xx and it is in a late frame with steel foot board mats. The grips are panhead grips. The bike was originally black and the sidecar was skyway blue. 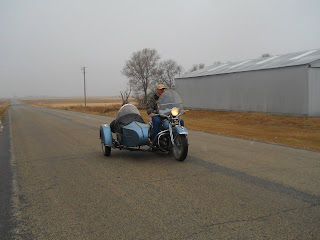 We fired it up and Darcy gave my sister a ride down the road and back. 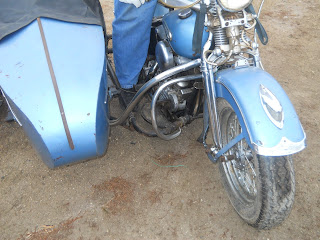 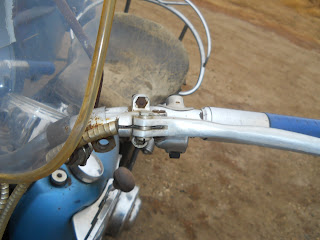 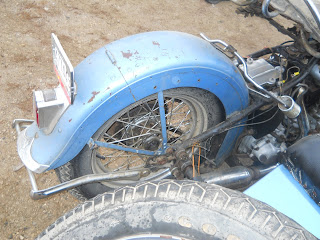 This was another odd piece, The rear fender has narrow braces and 4 holes for mounting late 47 saddlebags. Wide brace fenders started showing up in late 46, although Harley didn't throw out their narrow braces and they continued to show up on bikes for quite a while. I have seen several original 47s with narrow braces, one of my friends told me that he owned an original paint 48 with a narrow brace rear fender. I guess that just shows that hd was a manufacturer and some of their changes were a progression and not necessarily a cut and dry deal. 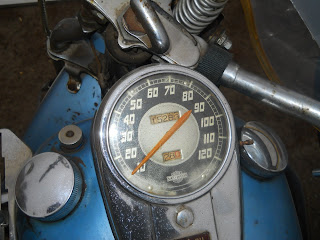 I believe this mileage to be accurate, the bike is nice and tight. 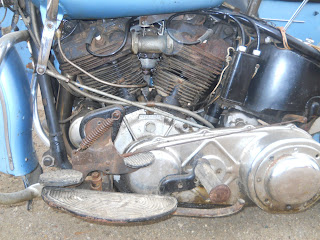 I was kind of surprised to see steel foot board mats on a bike this late. The coil wires and nuts have been changed, as has the derby cover. Check out the original mud flap. That is a pretty cool piece. 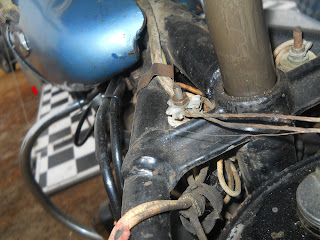 The tail light wires were poorly rigged up after the fender was painted. Check out the square clip on the left frame tube with the dash to seat terminal loom and the oil pressure switch and positive wires run through ti. This is pretty cool. 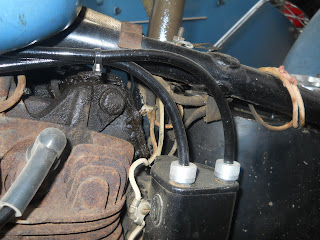 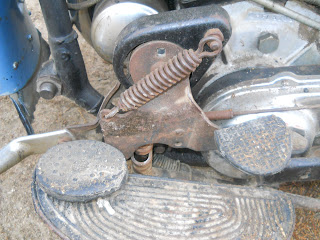 There doesn't appear to be any black paint on the clutch pedal spring, most of them were black. 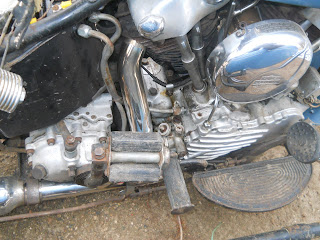 The exhaust was all rotted out, so Darcy put some corso pipes on it with an original muffler. I took about a 100 pictures of this bike, so if you need any detail shots or questions answered comment and I will post them. Have a nice day.