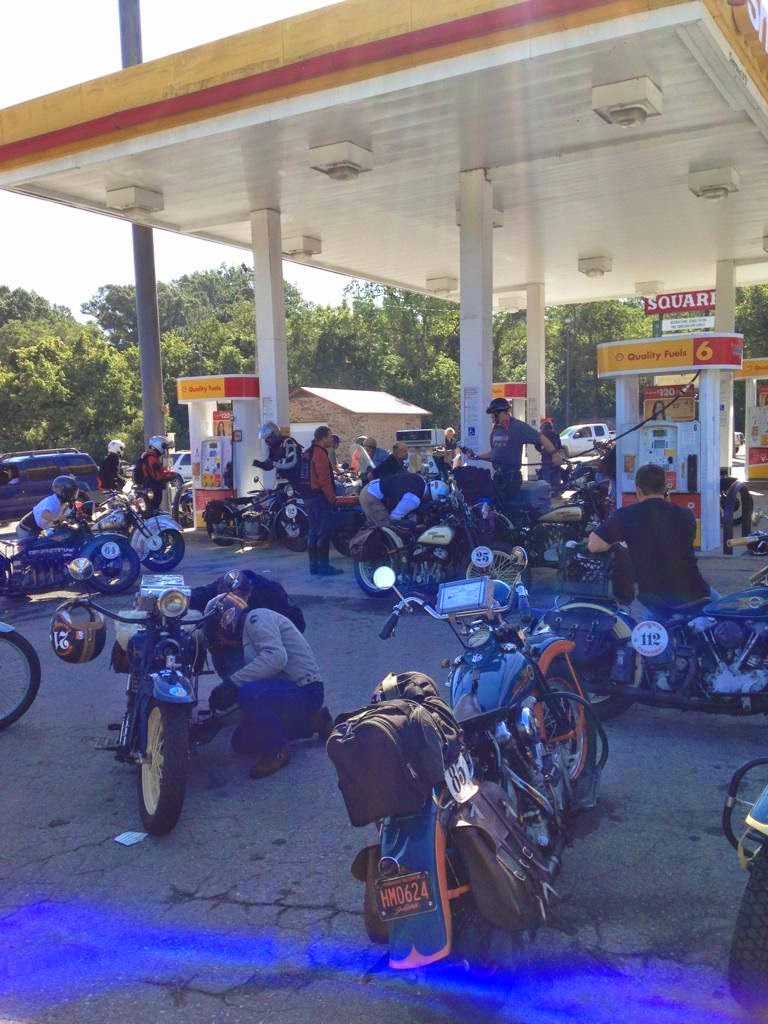 The fifth and sixth day of the cannonball.have been packed full.of action.  The riders made it nearly 600 miles and crossed into Missouri from Tennessee.  Here is a photo Scott sent me of a typical cannonball gas stop.   I love how the gas station is jam packed with vintage bikes.  I wonder what the locals think when a swarm of leaky old smokey bikes invade their town and leave as quickly as they came. 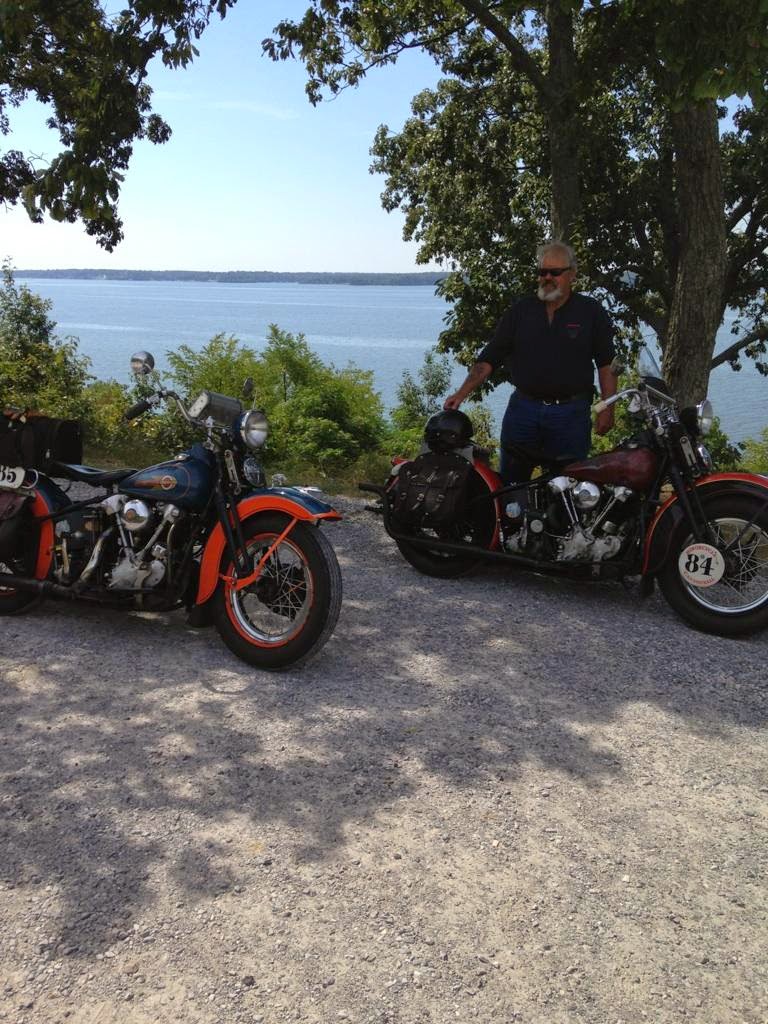 My bike made all of the miles on the fifth day but unfortunately it shit the bed on the sixth day.   The clutch was out of adjustment it ate a couple condensers  and basically fell.out of adjustment.  My dad traded bikes with Scott and tried to fix it on the road.   It started raining and he threw in the towel and had it loaded on the sweep truck.   My bike missed out on 125 miles and lost its perfect score up until this point.   This news bummed me out.  Britney, lock and I are driving the support truck all good with our friend Paul from chicago.  We stopped at a half dozen auto parts stores and bought all of the condensers and points that we could find  and headed to the next town in missouri.

We got.to work on the bike as soon as the truck dropped it off.   I changed the points, condenser and  spark plugs and fired the el up.   It still ran eratically.  I shut it off and checked the pushrods and discovered that the rear exhaust pushrod was a little snug.   I loosened it up and it fired right up and ran great.   Scott is back on it today and he shouldn't have any problems making the distance 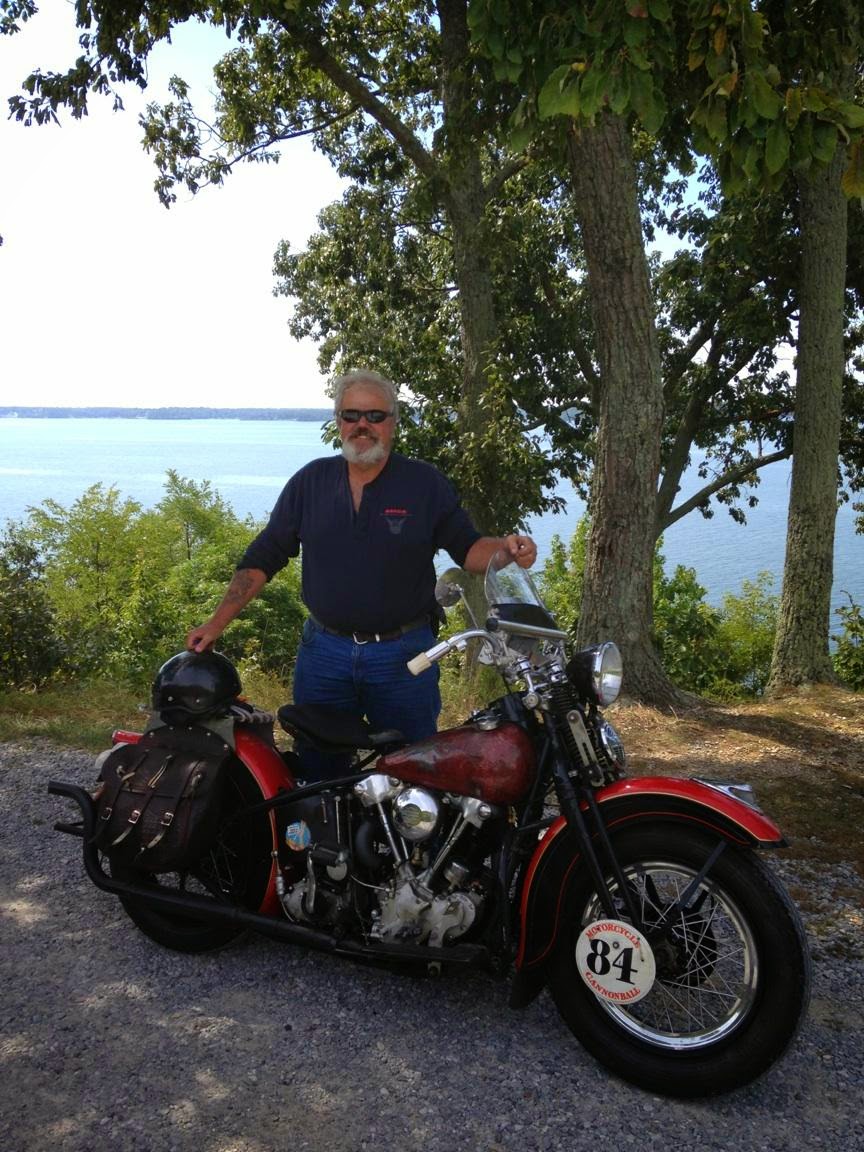 Here is a picture if my dad with his bike.  It has done really well except for missing 45 miles because of a flat tire.   I changed the oil a few days ago and will do it again when the bike gets 2000 miles on it 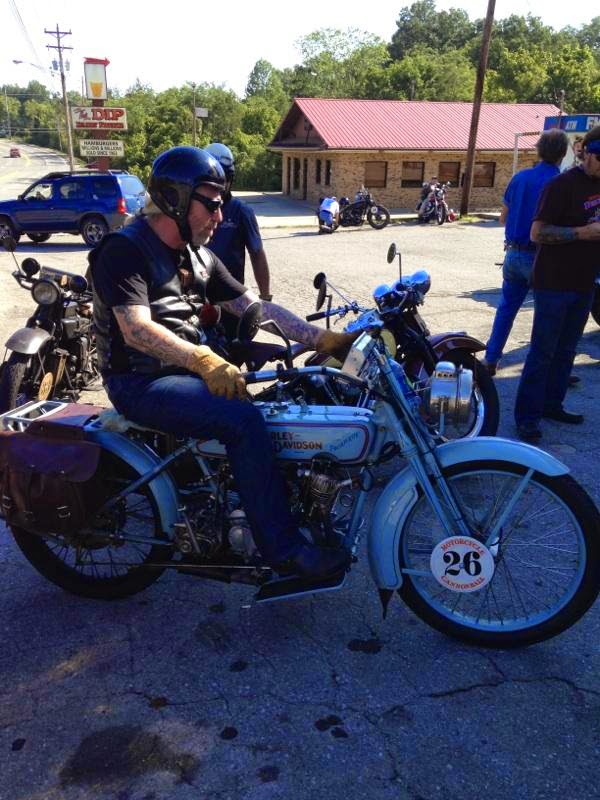 This is Thomas from Germany.  He is a Harley dealer in Germany and shipped his 1916 Harley over for the cannonball run. He has been doing really well and been tearing up the roads on his nice bike 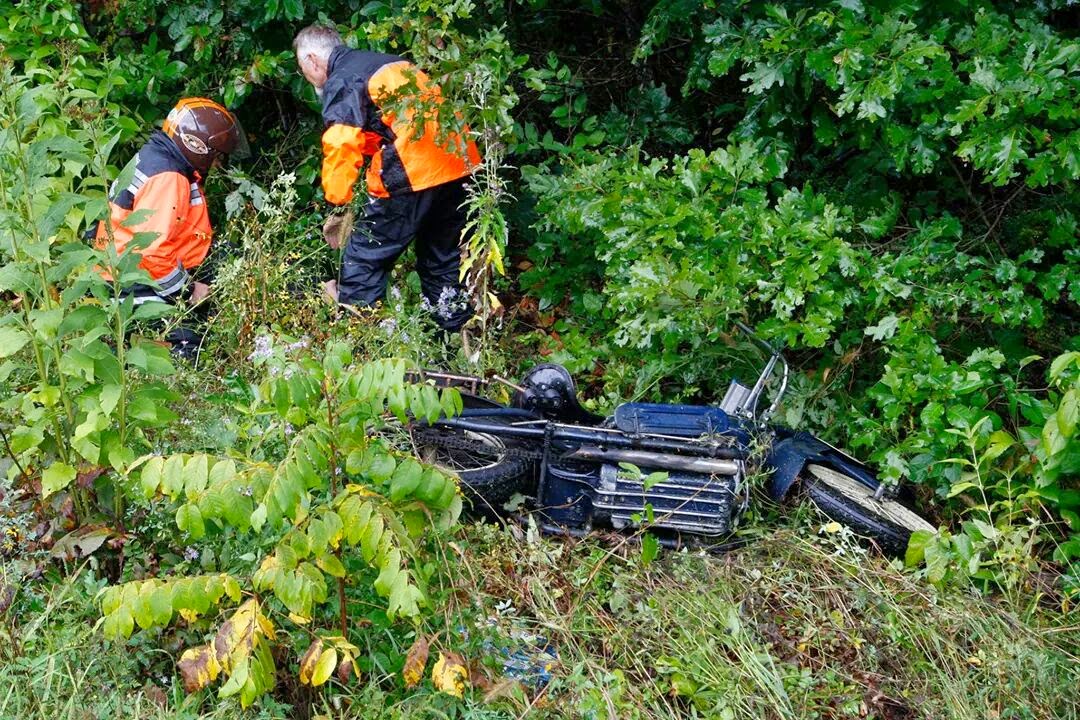 Unfortunately our friend Kelly from Kansas had a minor crash on his Henderson deluxe   he bent the rim and broke his kickstand. He thinks he may have cracked a rib.   He took a half hour break and rode the bike the other 150 miles to the finish.  Kelly is a super guy and has one of the best attitudes out of anyone on the run. 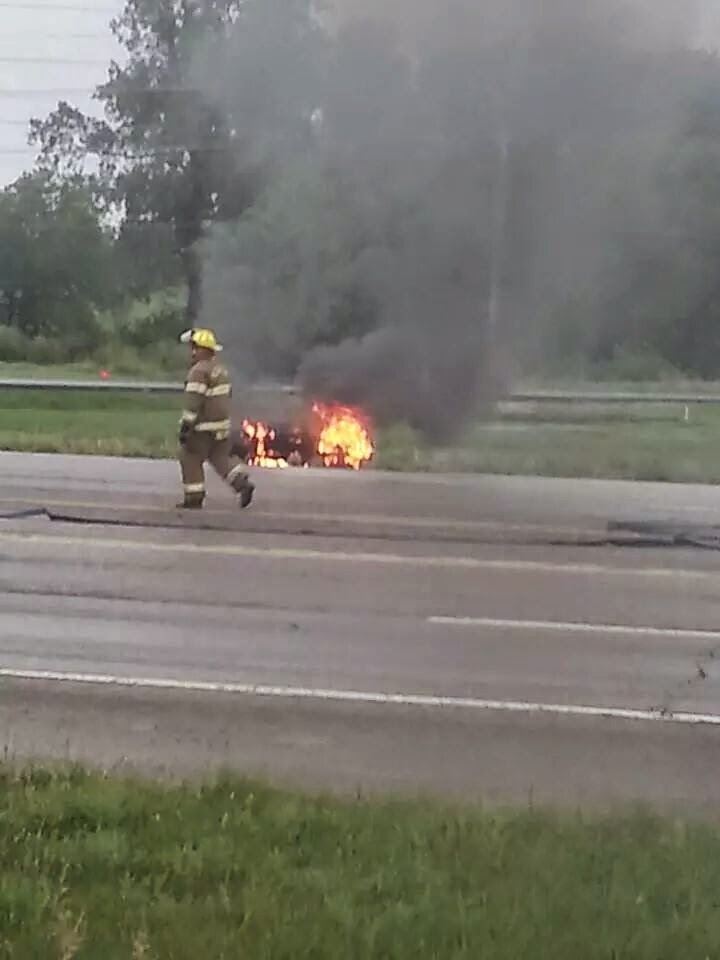 I woke up this morning and checked the motorcycle cannonball Facebook page and saw this sad image of the first bike to ever burn.to.the ground on the cannonball runs.  The bike is a 28 jd and unfortunately very damaged.  The good.news is that the rider is safe and sound