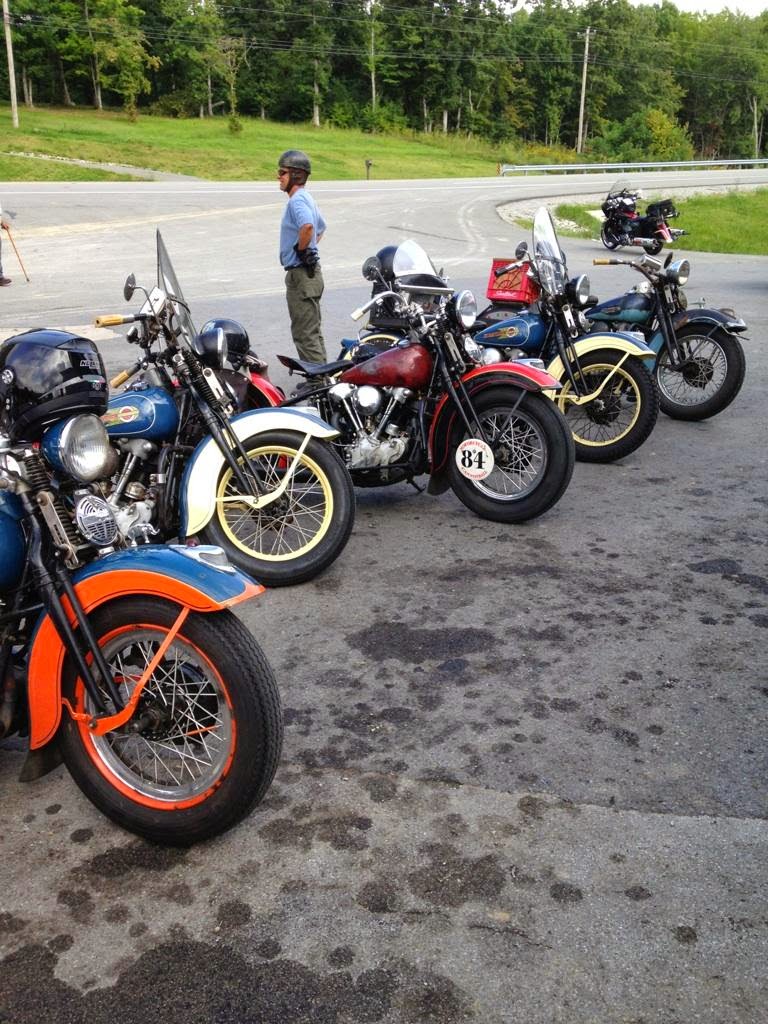 Scott has been doing a good job of sending me photos and updates while riding my bike across America.   Yesterday's ride went from Chattanooga Tennessee to Clarksville Tennessee   five of the seven 36 els rode together and got all the miles of the day.

Here is a picture of my friend Victor.  He is the oldest rider on the cannonball and is also on the oldest bike which is a 1914 Harley twin.  He rode on the 2012 cannonball on the same bike until he had a clincher tire blow out and get wrapped around his frame.   He broke his shoulder and flew home.   He decided to run drop center rims on his bike this year. 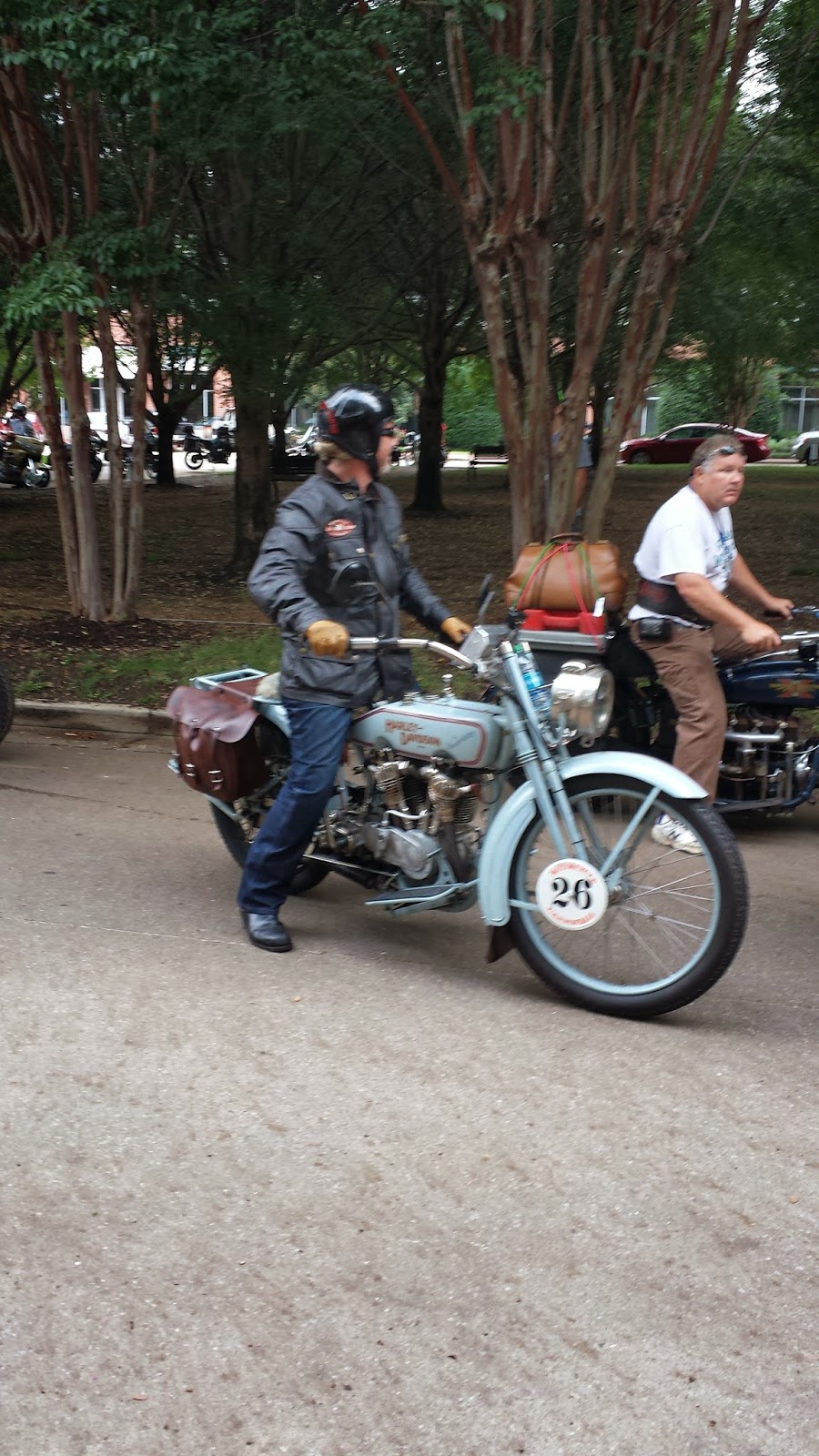 This 1916 Harley is participating in the run.  The owner and rider is named Thomas and he is from germany.  He is super enthusiastic and doing really well with the run.  His bike has the original clincher rims and pretty much everything else 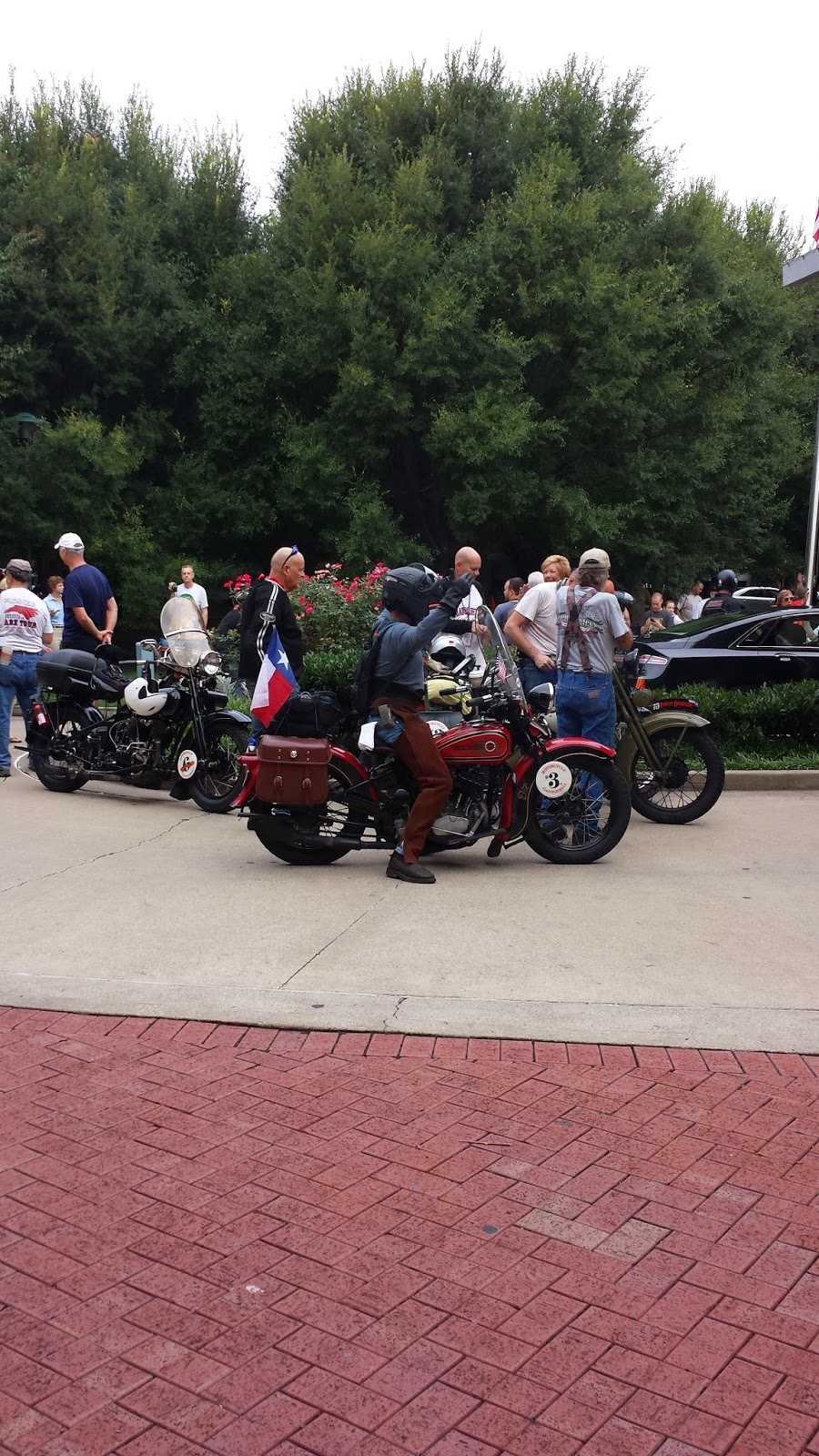 This 36 rl is being piloted by buck from texas.  It's a nice complete bike that was restored in the 70s.  Buck went through it to prep it for the run and has been tweaking and adjusting it to  make it better on the road.  He is a determined guy and a lot of fun to be around