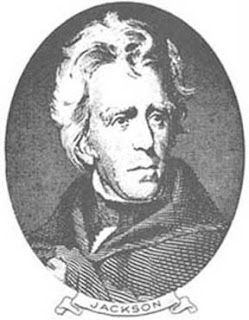 I heard about Andrew Jackson on the radio today during a President's day special. He was a tough cookie. I don't think something like this would happen in today's world because people can't even get close enough to the president to touch him. Andrew Jackson beat the guy down with a cane, in front of dozens of on lookers. AMERICA!!!!!!!

January 30, 1835: Just outside the Capitol Building, a house painter named Richard Lawrence aimed two percussion pistols at the President, but both misfired, one while Lawrence stood within 13 feet (4 m) of Jackson, and the other at point-blank range. Lawrence was apprehended after Jackson beat him down with a cane. Lawrence was found not guilty by reason of insanity and confined to a mental institution until his death in 1861. Authorities determined that the percussion caps in Lawrence's pistols exploded creating, in each case, the sound of a blast but with each bullet failing to discharge from its gun barrel. When later tested by police, both pistols fired perfectly.[7] 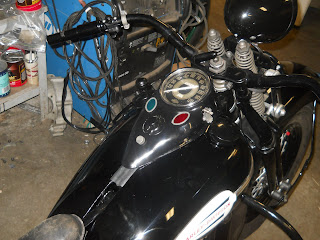 Dash mounted up for the last time on Wayne's 46. The seat is just for looks until we get it back from the upholsterer. 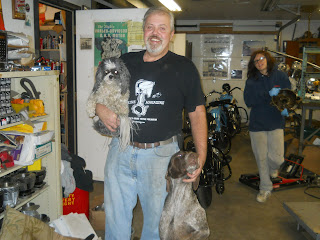 Here is a picture of my dad the dog whisperer. 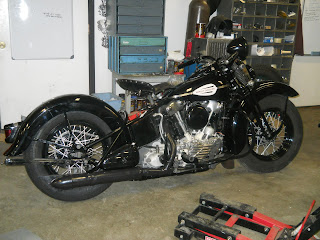 Wow, what a sleek looking bike. This thing is going to be a blast to ride. 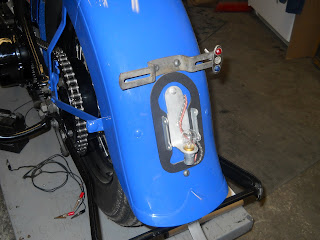 Well the bee hive/ boat tail tail lights use a great bulb. It is an 1176 which is a dual filament straight pin twelve volt bulb. This is handy for wiring, because if you get the black wire switched around with the red wire, you just flip the bulb 180 degrees. The 76 in the 1176 made me feel a little patriotic, along with the fact that it is presidents day. 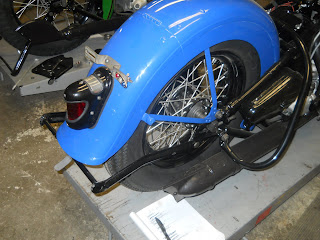 Here is the tail light all mounted up. Notice the red white and blue license plate reflector. I have been putting it on every bike that I wire up lately, it seems to be good luck and it makes all the wires, horns, and lights work on the bikes.