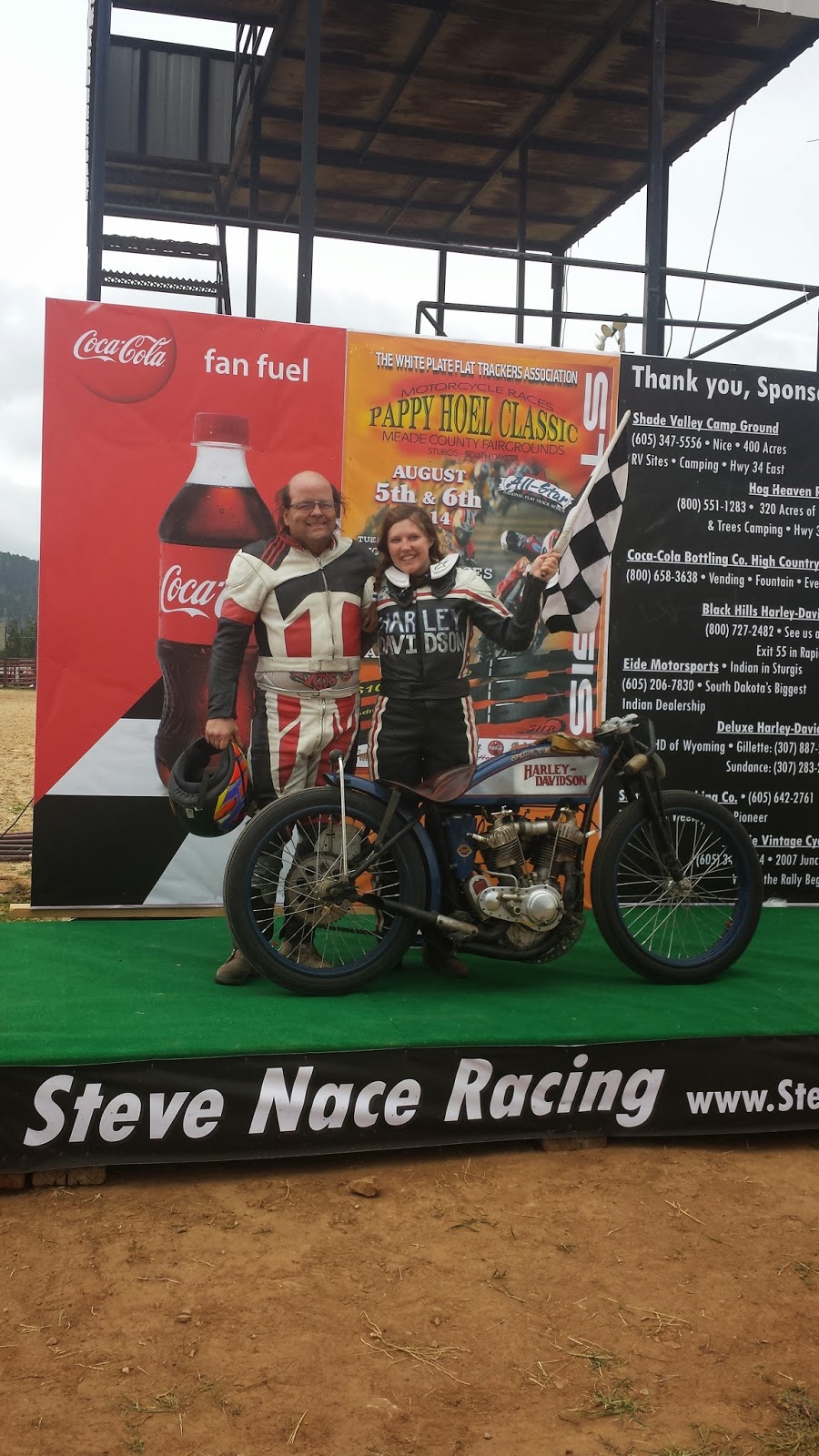 The main reason that brittney, lock and I went to Sturgis was so that brittney could race her 1923 Harley at the first annual Pappy Hole classic race.  The promoter invites Jim and brittney to put on an exhibition race for the Harley versus a Indian race brittney and Jim were flying on Tuesday.  Unfortunately the track was heavily rained on that night and the board track bikes were not able to.run at safe speeds on Wednesday. 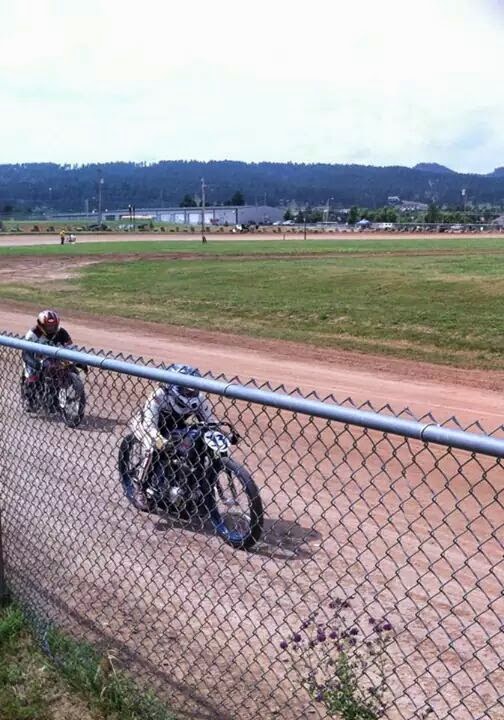 Their bikes were running 30 second half mile laps,  the pros were running 25 second laps.  All of the new bike guys were shocked at how fast the old bikes were running.  Thanks to all of our sponsors, the track promoters and the people that showed up to see the races.  It was a huge honor to be a part of this event and see my wife and friends race on the original track that racers ripped around on at the first Sturgis. 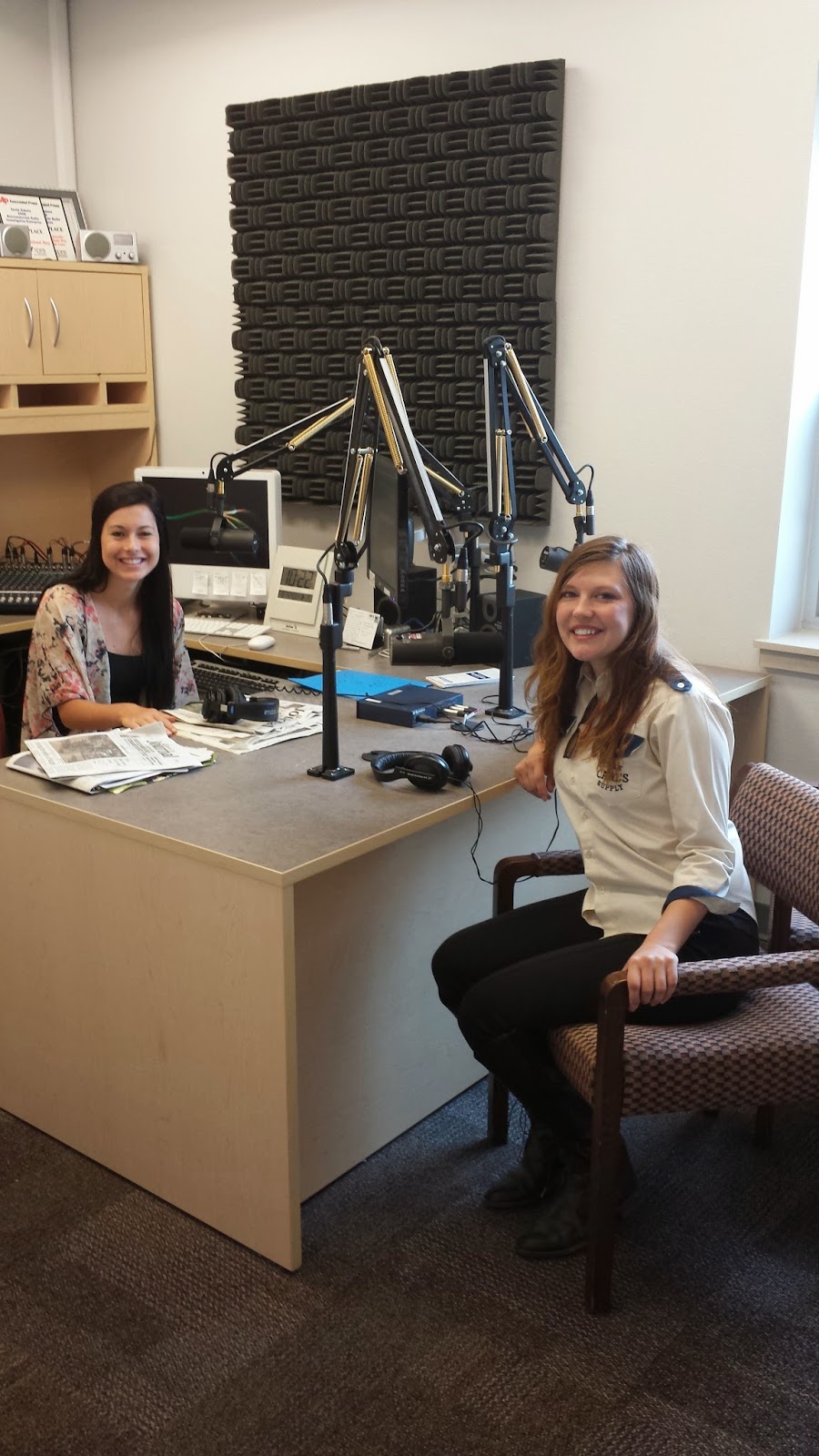 Brittney did an interview on south Dakota public radio and talked about racing the oldest bike in Sturgis and how much fun old motorcycles. 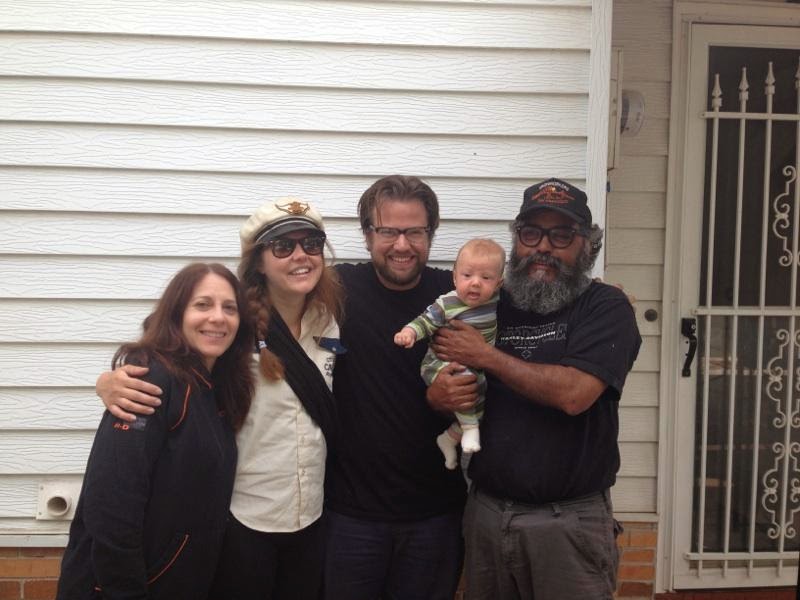 We got to hang out with a bunch of friends and family.  We introduced lock to aunt Loretta and he got.to see my uncle Ricky again. 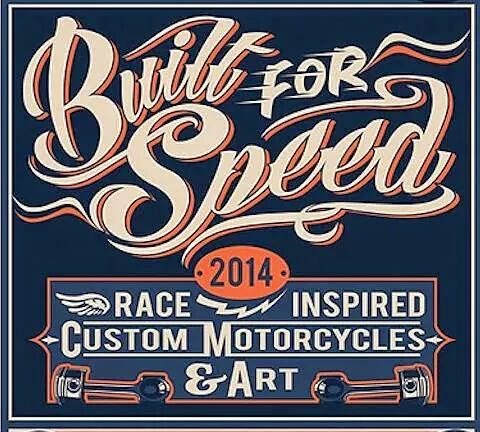 Britney lock and I are heading over to Sturgis for a few days to hang out with friends and do fun stuff with old motorcycles.   The bike that we built for born free 6 is in Mike LICHTER'S motor cycles as art exhibit this year.  It will be at the Buffalo chip all week long on display. 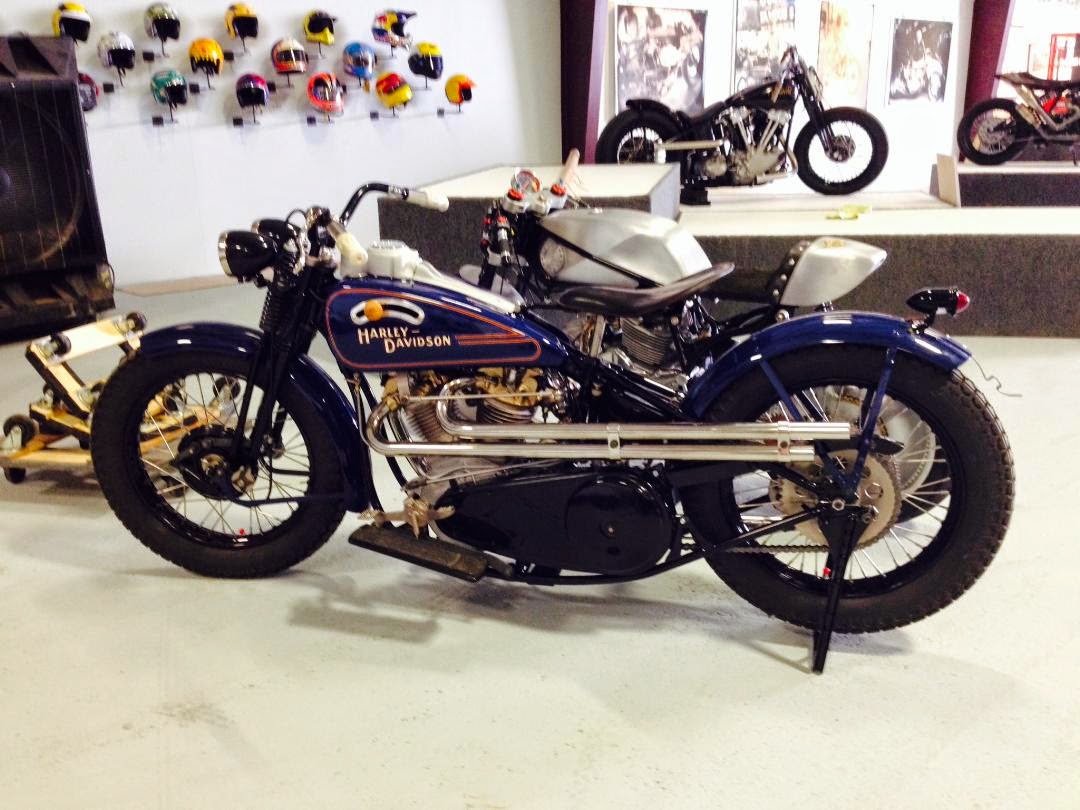 Here is a pic of the bike before final set up.    Mike and Paul do a great job with arranging a diverse group of bikes Around a cool concept every year.  Paul arranged to get barn job at the show which is my all time favorite bike.    I can't wait to show it to my son. 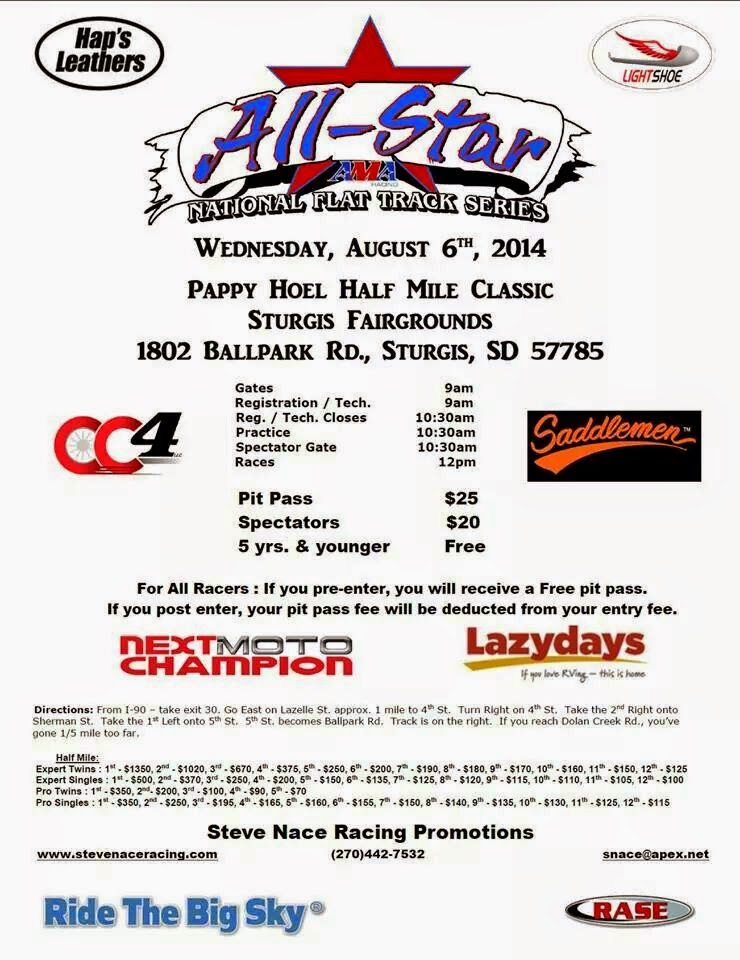 Britney and Jim will be putting on a cool exhibition run on their board track bikes on Tuesday and Wednesday at the pappy hoel vintage classic race.  Brit will be on her 23 and Jim will be racing his 28 indian.  It should be a neat experience. 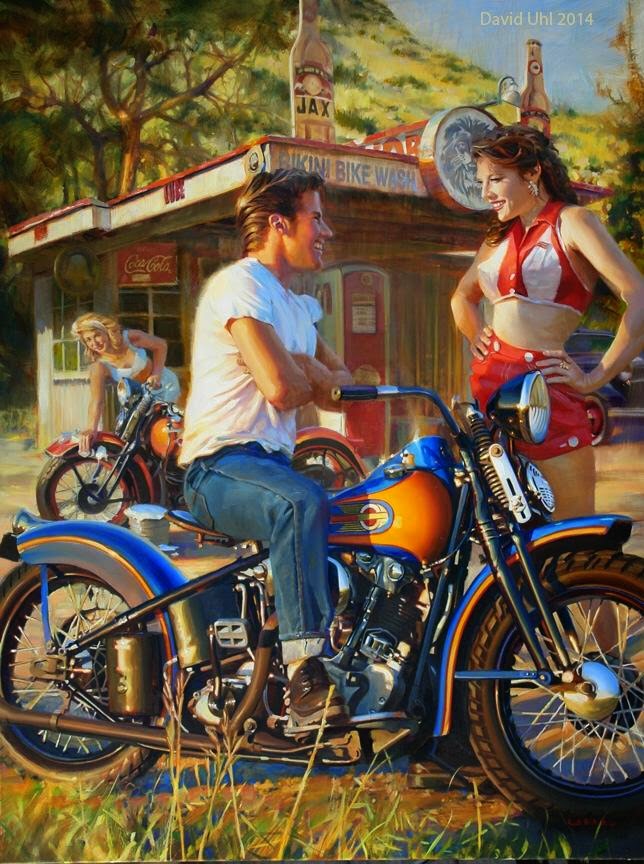 Here is a picture of David Uhls official Sturgis painting for this year.  The bike is a 1939 knucklehead that we built for a friend six or eight years ago.  My friend Joe took some pictures of me on the bike way back then.   We took the pictures of Britney and my sister last summer.  David pieced the images together into a really cool piece.  I ordered a print and can't wait to see it in real life.